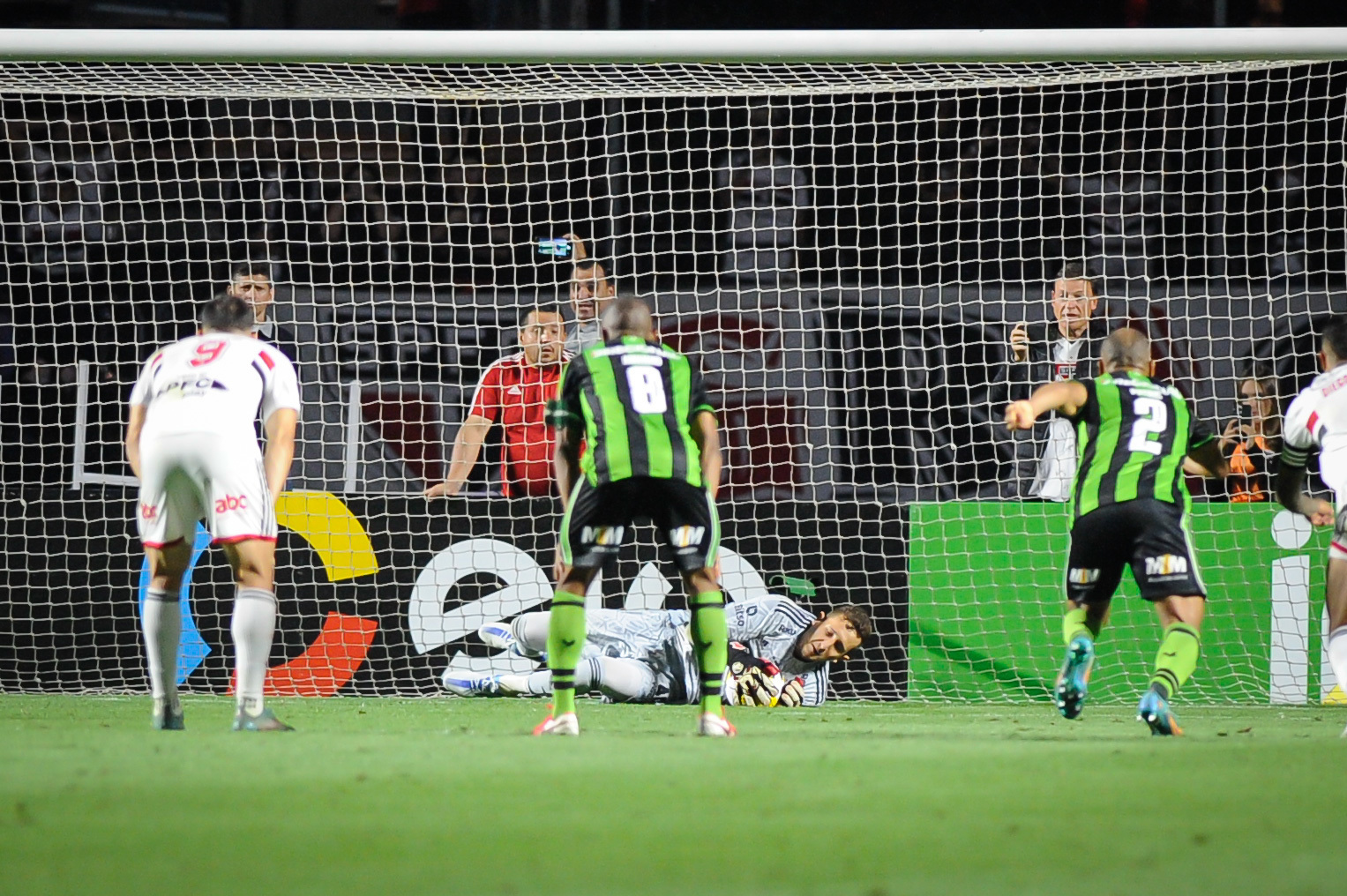 São Paulo took the lead in the duel valid for the quarterfinals of the Copa do Brasil. Welcoming América-MG on Thursday night, at Morumbi, for the first leg of the competition, Tricolor had the support of more than 50 thousand fans in the stands to win the triumph by 1 to 0, thanks to Luciano’s goal. .

Thiago Couto, much questioned by the fans due to his performance in the last games of São Paulo, was one of the heroes of the night, saving a penalty from Iago Maidana in the second half to help Rogério Ceni’s team leave Morumbi with the advantage in the quarterfinals. of the Copa do Brasil final.

Giuliano Galoppo, who arrived in Brazil last Friday and participated in just two training sessions with the rest of the São Paulo squad, debuted this Thursday, with Morumbi packed, replacing Luciano in the final stretch of the match.

The return clash takes place on August 18, at Arena Independência, in Belo Horizonte. São Paulo will have the advantage of playing for a draw to stamp their classification to the semifinals of the knockout tournament.

São Paulo had a hard time creating in the first half and abused crosses. The Tricolor’s first good chance came just in the 15th minute, when Luciano tried to finish with a volley, but missed the target. América-MG also responded with a volley from Felipe Azevedo, who received a free-kick inside the area, but also failed to finish.

The team led by Rogério Ceni understood that through the aerial balls, looking for their attackers, they could attack the rival more easily and so they continued to do so. In the 23rd minute, Calleri received at the penalty spot and headed in the corner. Luciano still tried to hit the back of the net, but the ball went out.

But it was only in the 34th minute that São Paulo’s aerial game had an effect. Igor Vinícius made the right cross for Luciano on the second stick. The tricolor striker rose higher than the defense and headed with no chance to Matheus Cavichioli, opening the scoring at Morumbi and having his name shouted by more than 50,000 fans in the stands.

América-MG started the second stage going over São Paulo in search of a tie and almost managed to hit the net in the tenth minute, when Felipe Azevedo got rid of Igor Gomes, invaded the area, but, at the end, was stopped by Diego Providently cost. Gabriel Neves took the leftovers and warded off the danger.

São Paulo responded shortly afterwards with a long-range shot. Welington received on the left with some freedom and decided to release the bomb from outside the area, demanding a great defense from Matheus Cavichioli. But América-MG seemed to be more connected and in the 20th minute they got a penalty. Diego Costa took a shot, the visiting defense hit the ball, and Henrique Almeida received a free-kick inside the area, being brought down by Thiago Couto. The referee did not hesitate and called a foul by the São Paulo goalkeeper. Iago Maidana went for the kick, but the questioned tricolor archer defended without giving a rebound.

In the final stretch of the match, coach Rogério Ceni decided to promote Giuliano Galoppo’s debut for São Paulo, although the reinforcement had only participated in two training sessions with the rest of the squad. The Argentinian midfielder replaced Luciano, already quite worn out, and had a golden chance to extend the score and guarantee a greater advantage for the return game, in August, in Belo Horizonte, but, when receiving a low cross, inside the area, and kick first, sent out.