During a survey to identify tiger sharks in Belize, in the Caribbean, biologists and fishermen found a very different animal that had never been seen there: an almost blind shark, used to the cold waters of the Arctic Ocean. 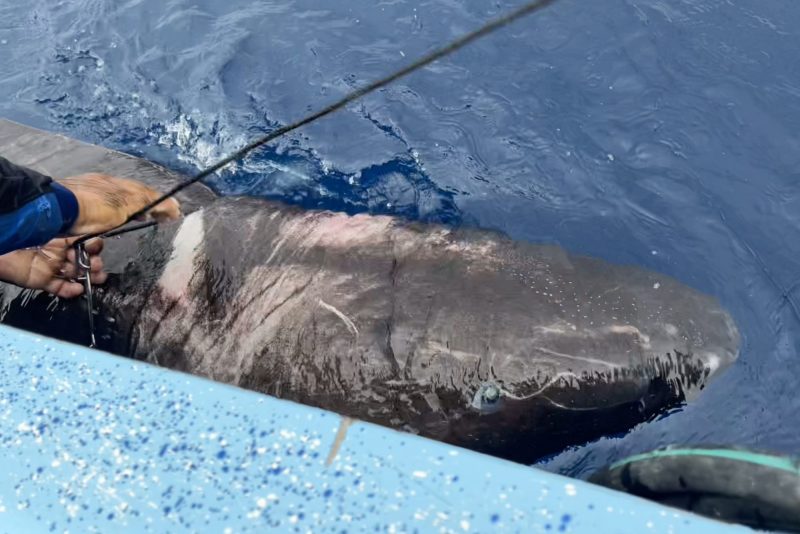 Scientists at Florida International University’s Laboratory of Predator Ecology and Conservation had cast lines to identify tiger sharks, but after a storm, they spotted a slow-moving, almost rock-like animal that had come to life.

Devanshi Kasana, one of the researchers, was the one who noticed the different creature in her line and sent a message to the director of Shark and Ray Conservation Research at Mote Marine Laboratory & Aquariums.

According to Phys.org, the creature had a poorly trimmed snout and small pale blue eyes. Scientists thought it was a member of the sleeper shark family.

The director’s response, however, surprised Devanshi: the animal she had identified looked like a Greenland shark.

Specialists in this species have stated that an animal like this can live to be over 400 years old. That’s because they live in “slow motion”: they move and develop more slowly. They are even one of the longest-lived vertebrates in the world.

They are more common in the Arctic, but the researchers’ theory is that the Arctic was there exploring the deep waters of the Caribbean, which can reach more than 3,000 meters deep.

Previous Minimum withdrawal of $3.00 dollars?
Next Ben Affleck will be Batman again in Aquaman 2