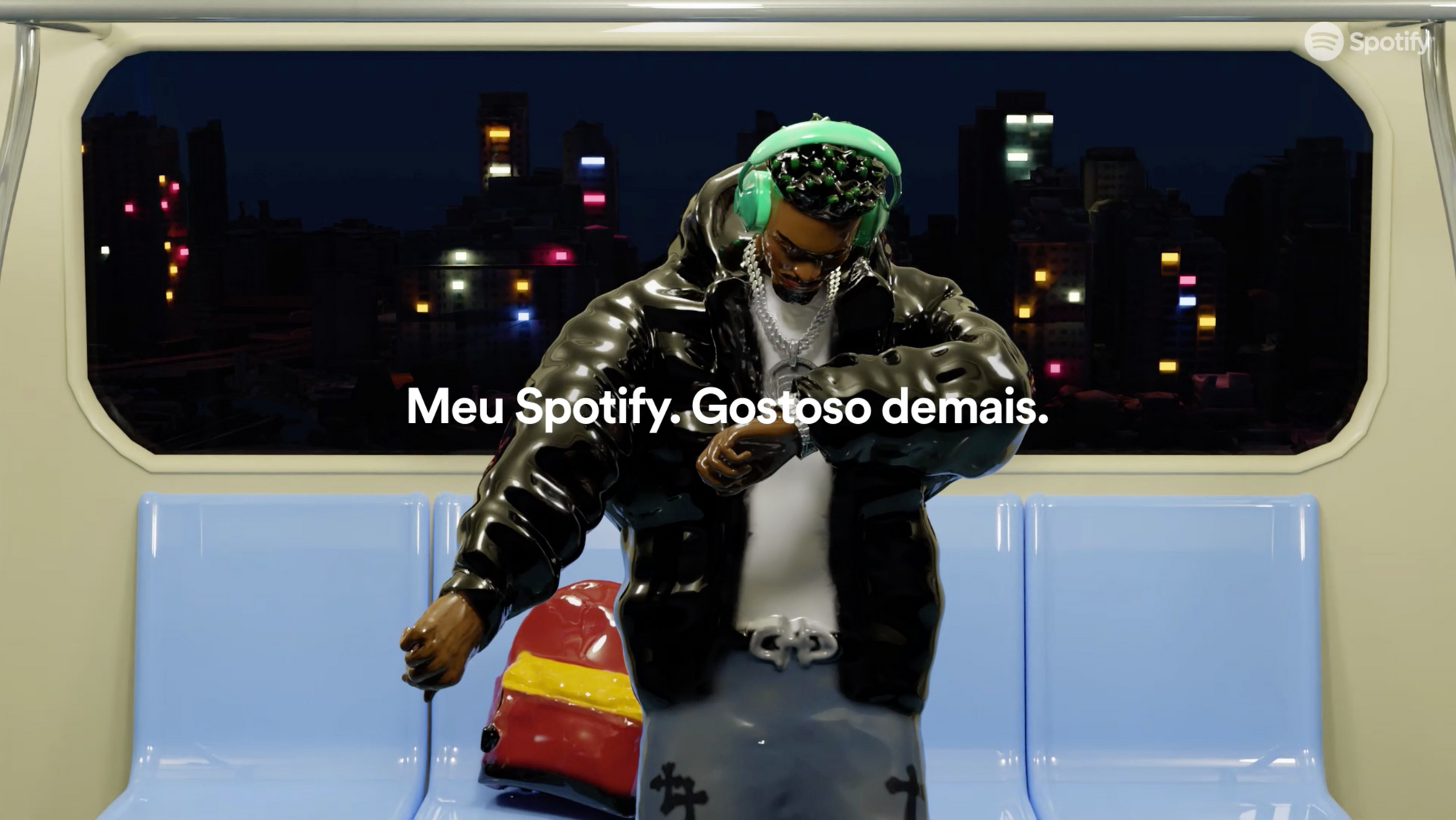 Spotify Brasil brings the concept of “My Spotify. Too tasty” in a new campaign

Created by Soko, the campaign reveals user behaviors and celebrates their playlists

Spotify launched its new campaign in Brazil during the break of National Journal this Wednesday (27), called My Spotify. Too yummy.

Created by Soko, the campaign has four vignettes that depict different situations that are part of the target audience’s reality – such as college entrance exams and love and family relationships – and is rocked by rhythms with great connection with generation Z, such as funk, trap and k-pop.

“The way people refer to the platform is always accompanied by a possessive pronoun, ‘on my Spotify’, ‘on your Spotify’. From there, we highlight the brand as this unique space in which each user creates their own world” , said Manuela Ramalho, Spotify’s marketing leader in Brazil.

In addition, the campaign had the partnership of some visual artists from different parts of the world, such as the Argentine Juan Lage, the London-based duo of illustrators Fa-Fon, Vince Ibay and Alexandre Louvenaz.

“The starting point for the design of the campaign was an extensive survey of visual artists from around the world to have diversity of language. We searched from artists with a 2D illustration work to more experimental artists, who speak with the maximalism and irony of the generation Z. There were four months between the creative process, animation and finalization”, said Fabiana Falcão, Soko’s design and creation leader.

The vignettes, of 15 seconds each, are broadcast on TV and digital, and the campaign also has pieces in OOH.

Previous Reebok and one more: Botafogo arrives in the final stretch of negotiations for sports equipment brand
Next Ismaily bids farewell to Shakhtar after nine years and reveals polls from Brazil | international football