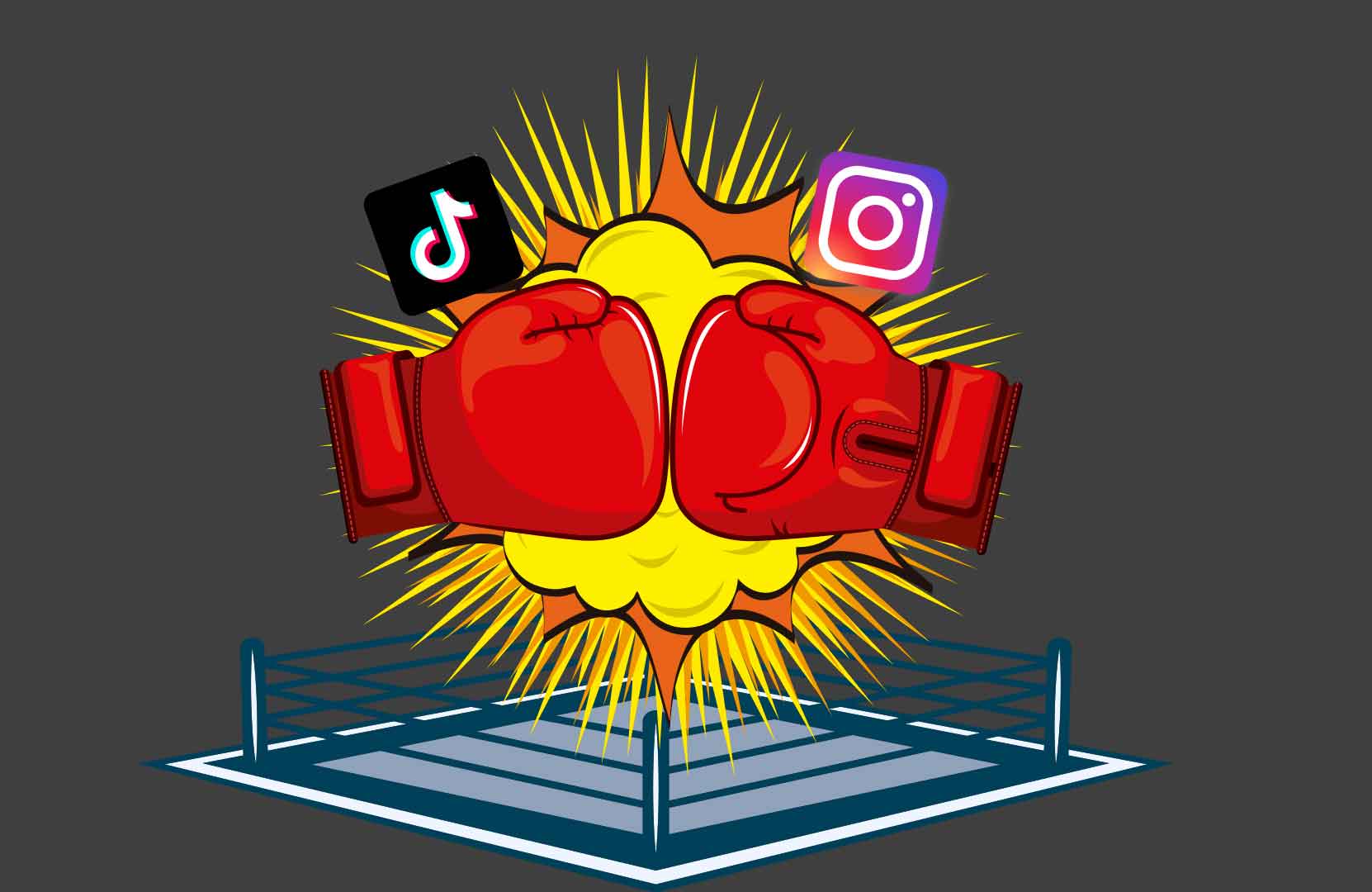 Tik Tok increasingly shows that it imposes its rhythm on Instagram

2020, the first year of the biggest pandemic of the 21st century, a transformative moment in several aspects, including online behavior. It was also the year of the global boost of a Chinese app, which today occupies the first place among the most downloaded and which, in the view of several analysts, holds a prominent position as the primary source of most internet users looking for music, fashion, mental health and even financial education.

Known for its thousands of dance videos, the Tik Tok has been “sambando” on Instagram, and “attacking” directly the pretensions of Mark Zuckerberg and Meta.

Far beyond the numbers, the clearest and most obvious way to see the pace that Tik Tok has been imposing on Instagram is to observe the changes in the course of the Meta platform, which go well beyond being in line with the trends of the web as a whole, the Instagram is literally following what Tik Tok does, putting the very identity of what is still a widely popular social network into question.

Still looking back to 2020, Facebook, now called Meta, when we talk about the parent company of this gigantic media conglomerate, realized that to fight Tik Tok it would be necessary to recruit one of its flagships.

It was in this year that the company decided to give up the lasso, short video app, launched in 2018, to directly rival the Chinese platform. All chips would be deposited on Instagram. It was the start of the“Instagram tiktonization”.

The CEO of Tik Tok himself took a wave from Facebook at the time of the closure of Lasso. Kevin Mayer stated that Mark Zuckerberg’s company was releasing another copy of Tik Tok, Reels, after the failure of Lasso.

Success in networks, metrics that vary considerably between the evaluation of who uses and who manages this type of platform, does not depend only on the inclusion of a resource that the neighboring network has already managed to achieve. Including the short video format on Instagram, Reels, did not make Instagram override Tik Tok. Internal data, from Meta itself, clearly shows this.

Last year, an internal publication by Meta was leaked which brings together 46 slides of a study that addresses several points about Reels x Tik Tok. 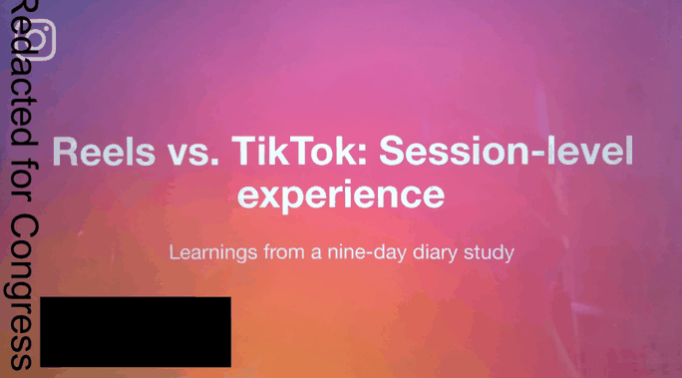 In one of the passages the following appears: There are a number of values ​​beyond entertainment that make TikTok more attractive than Reels, including better relevance [sic]and deeper engagement experience. Their main advantage [TikTok] It’s a closer relationship between creators and viewers, and the ability to discover new, relevant content.” TikTok and Instagram are becoming competitors of Google Maps

Internal research also revealed one of the biggest problems Instagram faces with the Chinese network. Tik Tok’s organic advertising on the Meta platform. Many users replicate their Tik Tok videos on Instagram. Regardless of where it will be published later, Tik Tok has become the primary tool in which many users create their content.Reels doesn’t have the same level of loyalty with the public.

In fact, as it did with stories, Meta was probably convinced that a format similar to Tik Tok would take down its competitor, just as it did with Snapchat, but this time it backfired.

In addition to competition from the neighboring network, Instagram is currently facing a crisis with part of its influencers, who publicly express their dissatisfaction with the direction of the platform, which is increasingly similar to the competitor. Speech that is also in line with users outside this bubble of digital fame.

Counter-demonstrations that even resulted in a lively call “Make Instagram Instagram Again”. This, as well as other similar movements, are endorsed with online petitions. The objective, of those who are protesting, is for the platform to return to the format that consecrated it.

There are several points that are bothering users around the world, such as the reduction in the engagement of published photos and even the vertical format in full screen.

Complaints carry a certain nostalgia and even rejection of the change in posting behavior. The drop in engagement of a format on the platform, for an influencer who professionally depends on the network, means a direct change in work behavior, strategies need to be rethought. There’s no way around it, the algorithmic dependence is relentless, it takes constant adaptation.

And with Instagram, the choice of not trying to match Tik Tok is not on the agenda. The platform needs to try in every way to stay relevant, based on current web positions. It is impossible for a platform as giant as Instagram to paddle with a niche applicability.

Instagram itself made this very clear. In response to movements calling for the “root Instagram”, Adam Mosserihead of the platform, published a video on his Twitter account and stated “that Instagram will have more and more videos as time goes on. […] People have been sharing more and more videos, even when we haven’t changed anything yet. So we need to adapt to this change and continue to support photos.”clarified.

I wanted to address a few things we’re working on to make Instagram a better experience.

Please let me know what you think 👇🏼 pic.twitter.com/x1If5qrCyS

Like it or not, photos, as well as the excess of publications in the feed, are elements that go back to the past of Instagram. The platform is increasingly moving towards dynamic and video content. This is not an Instagram choice, this is an imposition of the Tik Tok effect, both on user behavior and on the social media market.