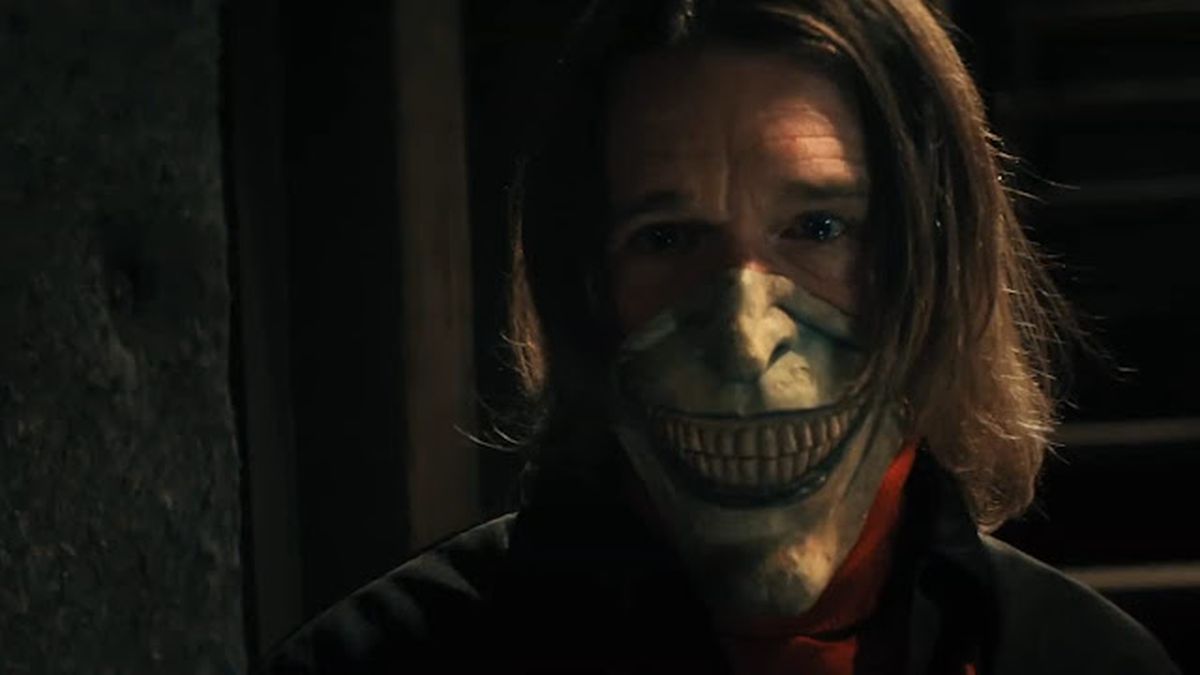 In 2022 cinema around the world is back in full force! Many releases arrive each week on the Brazilian exhibition circuit. Films from all over the world, each with its own story, offering moviegoers a wide range of options. So, now at the end of July, we can already indicate excellent films that have already passed through the cinema in this year of resumption of the seventh art after the sad days of Covid. below, follow 10 Great Movies Playing in Theaters in 2022:

In the plot, we meet the peaceful and introspective Bruce Wayne (Robert Pattinson), a billionaire heir who overnight is a vigilante who maps Gotham City for justice. When a series of mysterious murders begins to happen, always with a charade note directed towards the conclusions of the Batman, the protagonist teams up with the faithful squire Alfred (Andy Serkis) Police Inspector James Gordon (Jeffrey Wright) in search of the solution of who is behind the crimes. Parallel to this, we are introduced to a behind-the-scenes plot of crime in the city, where we meet the feared boss Carmine Falcone (John Turturro), the vigilante Selina (Zoë Kravitz), Oswald Cobblepot (the Penguin, played by Colin Farrell), between others. Thus, these parallels will come together to show us secrets surrounding the superhero’s past.

In the plot, we meet young Gary (Cooper Hoffman) an aspiring actor who, with little time in his career, has already got work in some presentations. Very mature for his age, one day he falls in love with Alana (Alana Haim in fantastic acting) a young woman (but older than Gary) who is disillusioned with life that doesn’t get along with her family, completely aimless watching others go after their dreams and her stuck in a state of constant loneliness. These two souls will unite in different ways, in the thoughts of love, in the affection of friendship, in the battles of the ventures, all this hand in hand even if with disagreements.

A powerful clipping on motherhood. Seeking to bring the transformations of the body and life of a strong protagonist, the gaucho filmmaker Dainara Toffoli puts us in front of several questions that revolve around motherhood. In doubts about almost everything that surrounds her, the main character, played brilliantly by Monica Iozzi, seeks to take one step at a time within a universe of possibilities. Her suffering turns into mourning in a turn that the plot presents us, provoking an increasingly intimate cut of a woman in search of the best solutions within the variables that are in her present.

In the plot, in a future with no defined date but far from being very different from our reality, we meet the lawyer Antônio (Alfred Enoch) who lives with Capitu, his wife and doctor (Tais Araújo) and his cousin, the journalist André (Your George). One day, a measure of financial reparation for the times of slavery in Brazil is proposed, and it is struck by another provisional measure created by the Brazilian Government, which consists of forcing black citizens to ‘return’ to Africa as a way of repairing the times of slavery. So the three characters will face absurdities, the cousins ​​locked inside the house and Capitu running away through the city streets.

the man of the north

When revenge is the only way to a destiny. In his third feature film, the American filmmaker Robert Eggers performs a masterpiece, deep in its reflection, which presents us with a bloody revenge story to family ties corrupted with hints of mysticism. Without forgetting the action in the movement of this huge board full of fascinating pieces, we are involved in an almost Shakespearean epic that also drinks from the source of Conan the Barbarian, full of clashes with elaborations of metaphors on all sides with an exquisite work by Eggers in the direction. This is a movie to be seen in a movie theater, essential for the total experience.

In the plot, we meet a man named Cristovam (Antonio Pitanga), an old man, born in Goiás, who works in a different city from where he was born, the result of an opportunity in a foreign company called Laticínio Kainz located now in another place in the interior of Brazil. The film begins with labor absurdities that many suffer daily, with absurd salary reductions made by impositions of those in charge. Alone in this place, he ends up suffering the prejudice of other locals, funneling himself into some decisions that will affect his journey too much.

The Happiness of Things

Screened at the Tiradentes Film Festival and also at the São Paulo Film Festival, both last year, the project follows the trajectory of Paula (Patricia Saravy), a woman in her 40s who is expecting her third child. During her two other children’s vacation, she decides to call her mother and travel with all of them to the family’s beach house where a big dream of the children is being built: a swimming pool. But time passes and some unexpected financial difficulties delay the work, leaving this dream in the background. Thus, the protagonist will face conflicts ranging from clashes with her mother, the neglect of her husband who is in São Paulo, thoughts about the future for her next child, to the difficulties of getting along with her eldest son.

In the plot, we meet Vera (Marieta Severo), a recently divorced woman who runs an NGO. She is Tania’s mother (Laura Castro), a woman in her 40s, married Vanessa (Marta Nobrega) who dreams of having a child with his partner. Vera suffered enormous traumas during the dictatorship, especially during the period in which she was imprisoned. She doesn’t have a good relationship with her daughter. The latter goes through a very difficult phase, studying for a competition and having to deal with conflicts in her relationship, many of which are caused by pregnancy attempts. These two roads end up colliding, taking them down a path of issues that need to be debated.

When the indescribable, even mysticism, becomes a parallel with reality. Based on an eponymous short story by the American author Joe Hill (son of the great Stephen King), the black phone takes us on a shocking story that links the strong bond between two brothers who suffer from an ambiguous father to the path of madness of a child kidnapper. Throughout the electrifying 103 minutes of projection, full of symbolism, interpretations of faith, the audience is won over from start to finish in this great work of Scott Derrickson, a filmmaker we will always have on our movie lists. It achieves interesting junctions of its characters, some that walk between superficiality with present actions with a depth in the clash with reality. It was like this, like The Exorcism of Emily Rose and also in Doctor Strange. the black phone it’s another gentleman work!

One of the most awaited films of 2022 has finally arrived in movie theaters across Brazil, Elvisnew blockbuster from the 59-year-old experienced Australian filmmaker Baz Luhrmann is a journey through many phases of the unforgettable singer’s life and through many roads where his trajectory and conflicts meet that of the controversial businessman Colonel Tom Parker. Throughout an impressive 169 minutes of projection, we follow from childhood, his references, his loves, his dramas and his meteoric career marked by records never reached again. In the title role, the Californian actor Austin Butler marks his career once and for all with a breathtaking interpretation.