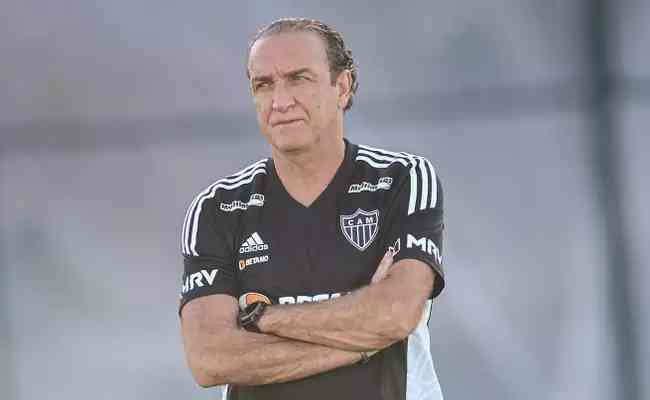 Atltico: coach Cuca registered with the IDB and will make his debut against Inter

Cuca was registered as Atlético’s coach in the CBF’s Daily Newsletter (BID), this Friday (29). Thus, the coach will be in charge of the alvinegro team in the match against Internacional, this Sunday (31), at 4 pm, in Beira-Rio, in Porto Alegre-RS, for the Brazilian Championship.

Cuca commanded the historic 2021 of Atltico, which won the Campeonato Mineiro, the Copa do Brasil and the Brazilian Championship.

Announced in March of that year to succeed the Argentine Jorge Sampaoli, the coach from Paraná reached 74.17% at the end of the season. There were 48 victories, 14 draws and nine defeats in 71 performances.

Cuca left Galo pointed out by many as the greatest coach in the club’s history. In addition to the three titles in this second season, in the first, between 2011 and 2013, he was twice champion of Minas Gerais and champion of the Copa Libertadores.

Previous HBO Max cancels “The Cucu Chronicles” and ends children’s productions
Next What is 5G? – 07/29/2022 – Market