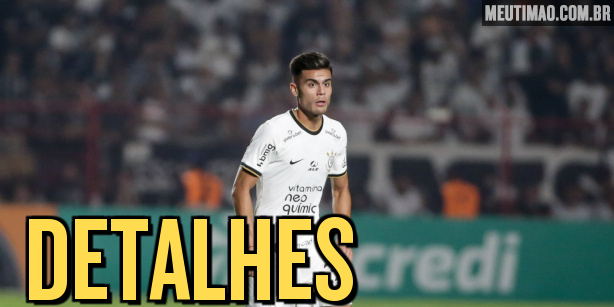 Corinthians had to shorten the pocket to remove the midfielder Fausto Vera from Argentinos Juniors. The purchase numbers were not revealed, but Marco Vanzin, the player’s manager, detailed the negotiation process.

“What I can say is it wasn’t eight million dollars, that’s not true. The purchase of Corinthians by the player was 70%, this in payments now. The other difference is bonus payments, with group and individual objectives”, revealed the businessman in an interview with journalist André Hernan.

Marco Vanzin also mentioned the importance of coach Vítor Pereira in choosing Fausto Vera for Corinthians. The young Argentine, it is worth mentioning, also had a similar proposal coming from Genk, from Belgium.

“He (Vítor Pereira) started seeing the player, watching his games. He was convinced that he was the ideal player for his game system. The coach’s support was very important, the conversation between the coach and the player was very important. Having the confidence of a coach at Vitor’s level is worth a lot for a 22-year-old player. Fausto was very happy to talk to Vítor, which helped him a lot to choose Corinthians”, he stated.

Officially announced last Tuesday, Fausto experienced strong turmoil in his first days as a Corinthians player. The new shirt number 33, with just one training session, made his debut in the defeat to Atlético Goianiense, replacing Cantillo in the complementary stage.

Previous With goals in the second half, Bahia beats Náutico and returns to 3rd place in Serie B
Next Santos may face high punishment for fan aggression against goalkeeper Cássio, from Corinthians