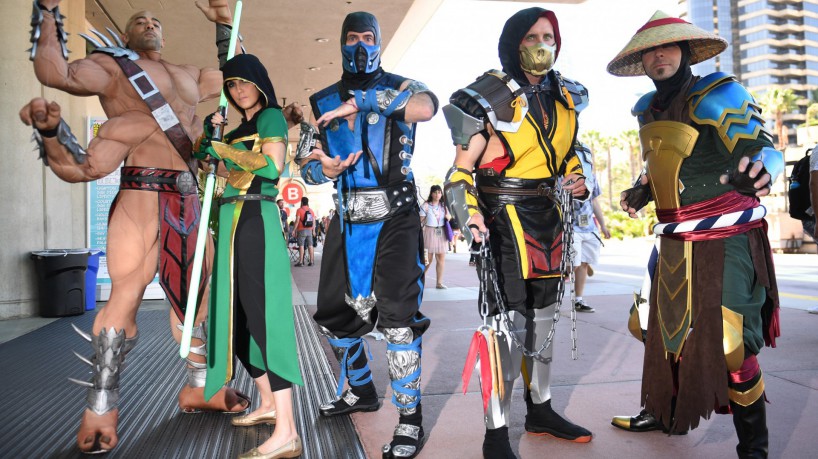 Comic-Con is back, and so are Westeros and Tolkien fans

Comic-Con is finally back to california this week with the series “The Lord of the Rings” and “Game of Thrones” vying for the audience among thousands of fans at the most famous pop culture event in the world. With its Marvel superheroes, the Disney will also exhibit its upcoming releases at the international fair, which returns to its original format in San Diego, after two years of pandemic.

“I think it will be like Comic-Con 2019,” said event communications chief David Glanzer, although attendees dressed as hobbits, dragons or princesses have to wear masks. “We’re back. Maybe there are tears of joy. It’s very emotional,” Glanzer said in an interview with AFP.

In addition to 135,000 enthusiasts, the science fiction, comics and fantasy fair attracts Hollywood’s biggest studios and their stars to unveil future projects. And this year’s announcements start with “Dungeons and Dragons”. The most expensive film adaptation of the world’s most famous RPG will be released in March 2023 with the participation of stars such as Michelle Rodriguez, Chris Pine, Hugh Grant and Rege-Jean Page.

The week’s headlines can be dominated by two new television series: “The Lord of the Rings: The Rings of Power”from Amazon Prime, and “House of the Dragon”from HBO.

“The Rings of Power” is Amazon’s ambitious saga that delves into the JRR Tolkien’s universe long before the events depicted in Peter Jackson’s Oscar-winning trilogy. The series will run for five seasons and will begin on September 2. It is estimated to have cost Amazon over $1 billion, and has been said to be a personal obsession of its founder Jeff Bezos. Much of the budget was used for buy the rights to Tolkien’s universe and for production.

This Friday, Amazon will bring its hobbits, elves, and dwarves to Comic-Con to Hall H, at the gates of which fans wait hours and even days in line to secure a seat that allows them to get a taste of the series.

The next day, HBO will reveal “House of the Dragon“, the first “Game of Thrones” spinoff series, based on the fictional world of Westeros, created by George RR Martin.

Martin avoided talking about rivalry between these megafranchises. “I want both shows to reach an audience that appreciates them and is quality television. A big fantasy,” she said. “The more successes in the fantasy genre we have, the more fantasies we will have in the future,” he wrote in a blog post. HBO hopes this prequel will live up to the huge popularity of the original series which, for eight seasons, became a pop culture hallmark, with fans flocking to watch the episodes and winning countless imitations, as well as 59 Emmy Awards, a record for a TV drama.

Starring Matt Smith, Rhys Ifans and Emma D’Arcy, “House of the Dragon” tells the story of ruthless Targaryen family, creator of dragons, about 300 years before the events of “Game of Thrones”. Its stars will be in Hall H right after a presentation by Warner Bros. Pictures, HBO’s sister company, with actor Dwayne “The Rock” Johnson promoting his upcoming superhero movie “Black Adma”.

Disney has yet to reveal its lineup for Hall H, but rumor has it that it will finally reveal the long-awaited sequel to “Black Panther 2”. This Comic-Con will also include a farewell to AMC’s hit “The Walking Dead,” with the doomsday series saying goodbye with its final season, while also launching the spin-off series “Tales of the Walking Dead.”

Despite the news, Glanzer points out that Comic-Con is first and foremost a community for its fans. “Being able to see people and have fun, enjoy comics and pop art it’s a luxury. I can’t wait,” said Glanzer. “Nothing better than having this opportunity and sharing it with your friends.”

The Vida&Arte podcast is intended to talk about cultural topics. The content is available on Spotify, Deezer, iTunes, Google Podcasts and Spreaker. Check out the podcast by clicking here