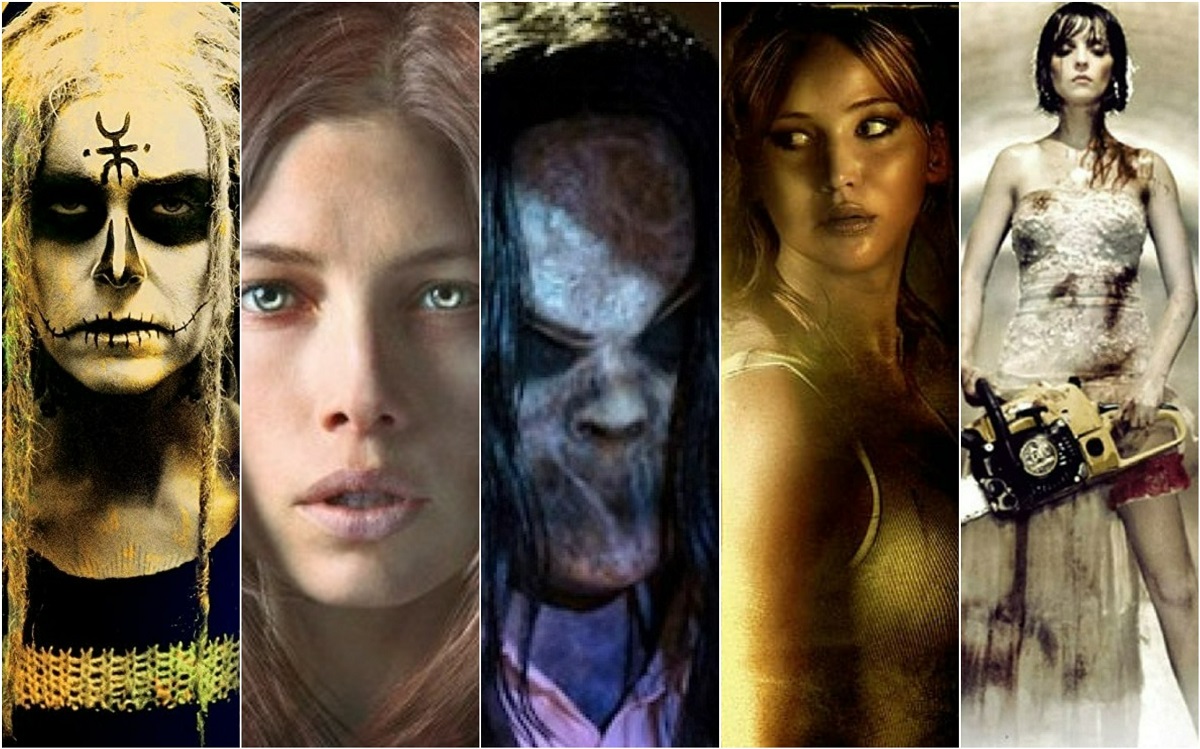 Do you remember everyone? The Horror Movies That Turn 10 in 2022

Many say that cinema, TV and the arts in general influence society. In fact, they are the ones who are influenced by our daily lives and our tendencies. Take, for example, the cases of genres such as westerns and musicals. At one point, let’s say from the creation of Hollywood to the 1950s, these were two of the most popular genres of the seventh art, reaching the tastes of the male and female audience, respectively, of the period. After a few decades gone, they even rehearse a comeback, but in the past they were produced on a large scale, predominating. With horror, a genre we love, and its aspects, the same thing happens. In the 1980s it was an extremely fruitful type of film. In the following decade, the 1990s, not so much. And so genres keep reinventing themselves within subgenres, adapting to new times and modern society.

Going back ten years, we will notice an abundance of horror productions. Its quality, however, is another story, oscillating without having a smashing hit in its repertoire. Even so, we managed to list 18 productions that have some attraction for you who are a fan like us, remember with us. So, start your mining on the internet and check out the ones you didn’t know yet. 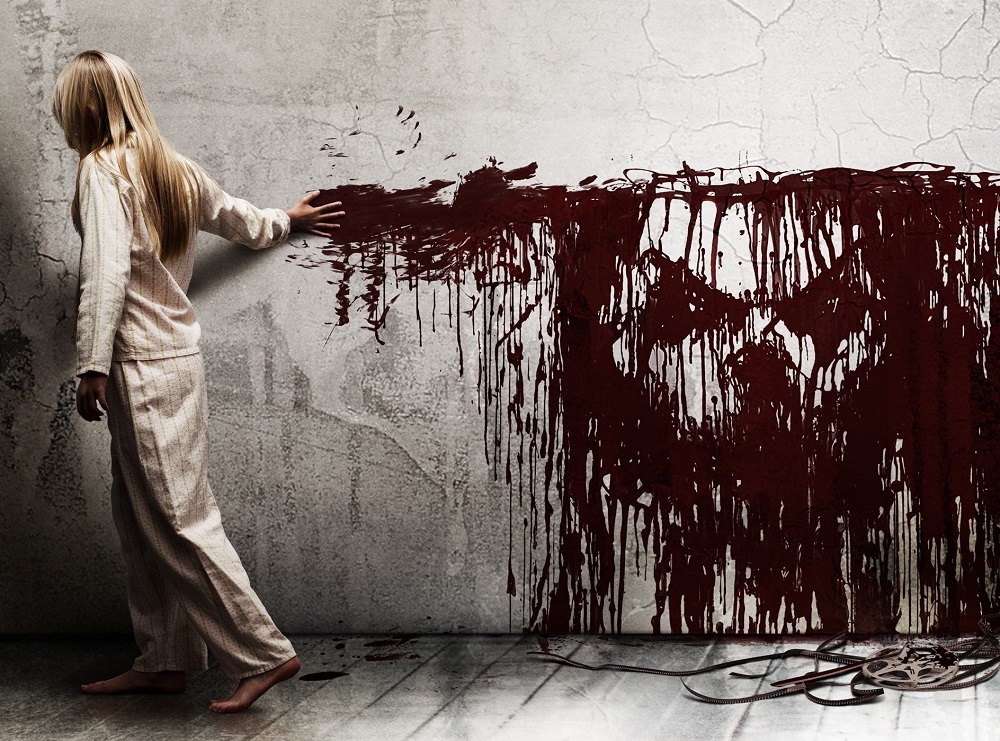 We start the list with what is probably the most cult movie of ten years ago. Here we have a production by the same director of the recent the black phoneand with the same Ethan Hawke starring. In the story, the actor plays a renowned crime author who comes across 8 home movies, suggesting the existence of a serial killer from the 1960s. 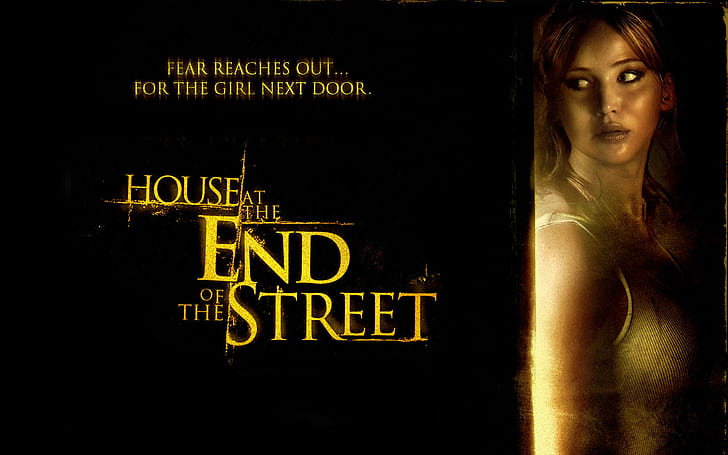 Before participating in the conceptual Mother! (2017), the muse Jennifer Lawrence had already appeared in this horror film, released in the same year as the first Hunger Games. In the film, she plays the daughter of Elisabeth Shue and the two move to a new town, which keeps its mysteries, enigmatic neighbors and that house down the street. In a way, the plot tries to echo the classic Psychosis (1960). 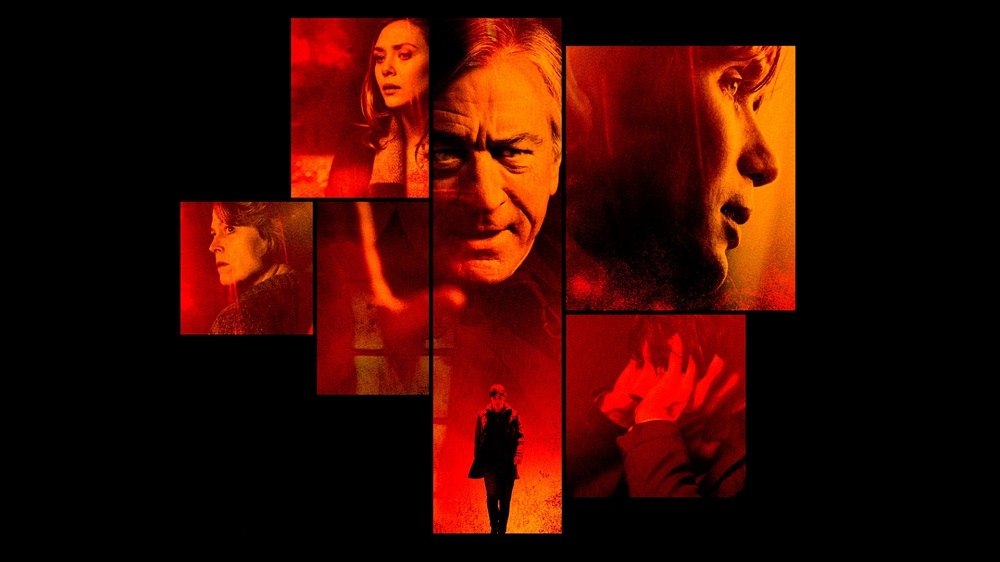 Speaking of a young Hollywood star, here we have the presence of another starting his career on the big screen. Elizabeth Olsen today she’s better known as the Scarlet Witch of Marvel, but before that, ten years ago, she was already playing opposite big people of the level of Robert DeNiro and Sigourney Weaverin this supernatural thriller about a mysterious psychic with paranormal gifts. 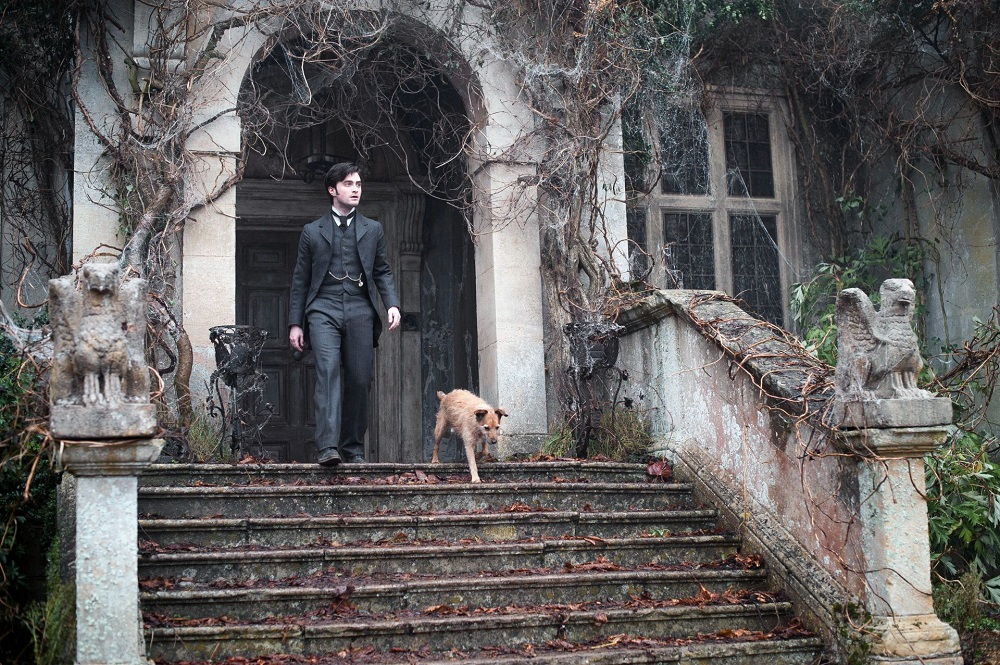 Ten years ago, the young star Daniel Radcliffe aimed to get as far away from the childish image that he had conquered with the films of the saga Harry Potter. And for that, he agreed to star in this horror film by Hammer in the style of British Gothic works. The film is a remake of a 1989 TV production – and features Radcliffe as a widower facing an evil spirit. 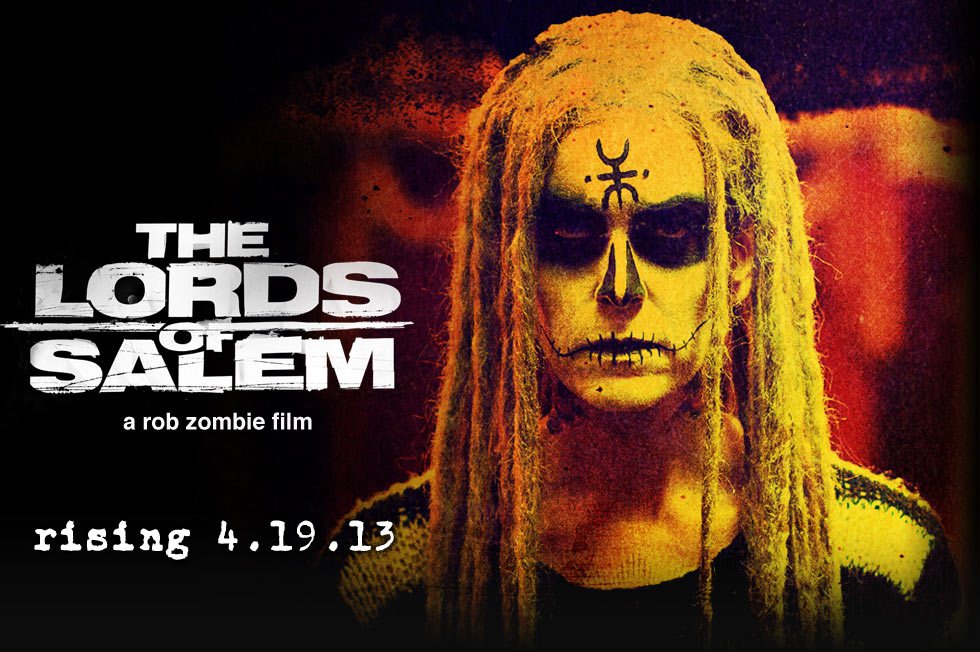 It is true that the filmmaker’s style of horror Rob Zombie does not please everyone. But what we can say is that this film is probably his best directing effort to date. It is also his only film dealing with supernatural entities and elements such as witchcraft in the narrative – rather than the usual insane psychopaths. 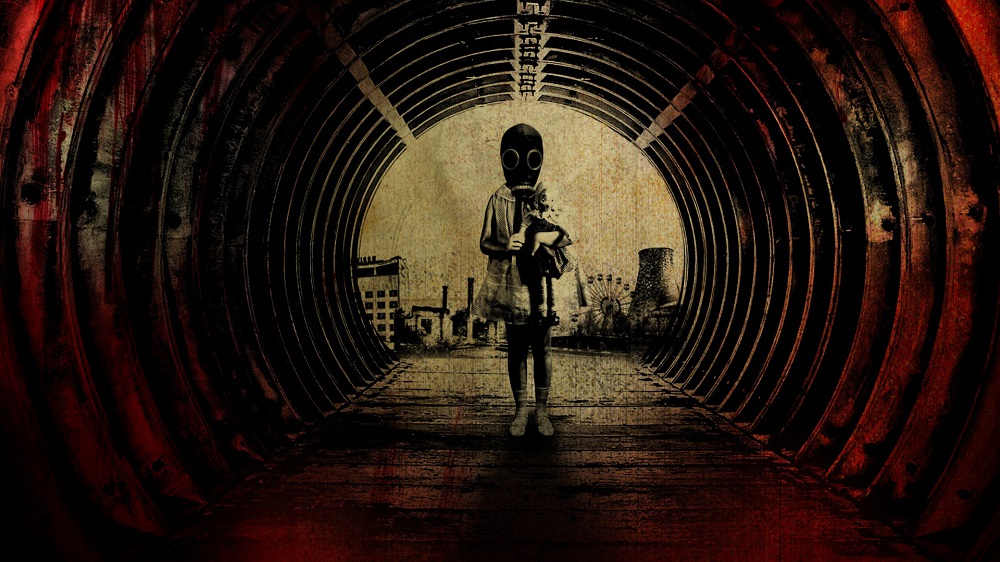 More than 35 years after one of humanity’s worst disasters, Chernobyl remains a subject in audiovisual pop culture. In 2019, HBO presented us with a realistic, impactful and award-winning miniseries. But before that, ten years ago, Chernobyl became a horror movie, where extreme tourism in the place ends up turning into a nightmare for a group of onlookers.

Read too: Remember the Slasher Horror Movies Turning 40 in 2022 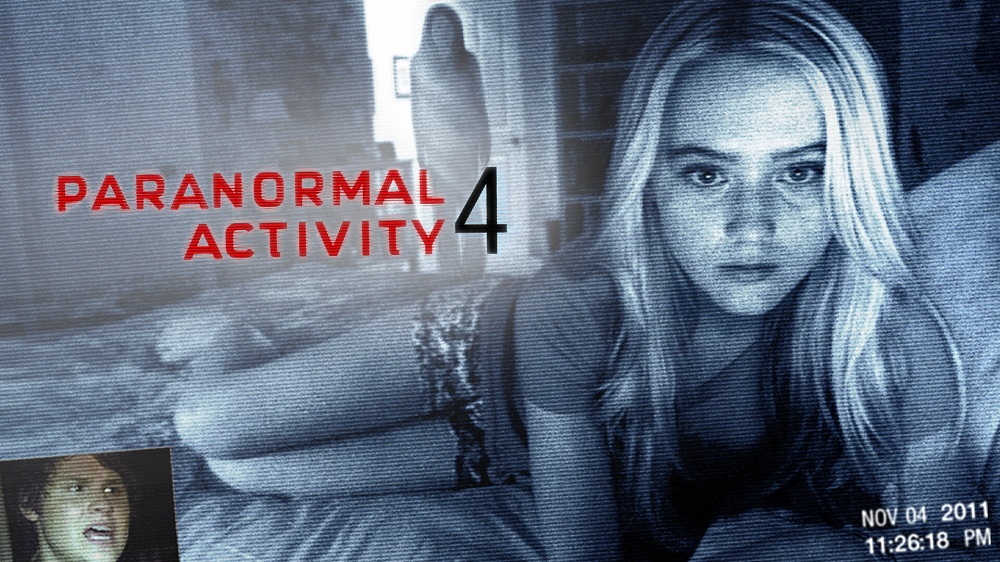 driven by Steven Spielbergthe first Paranormal activity (2009) was successful in a simple and very effective way – proving to be the “Blair Witch” of the following decade. The success turned the film into a sequel machine, and ten years ago the fourth feature was released. Following the same formula as “home videos”, the film served to reveal the girl Kathryn Newton. 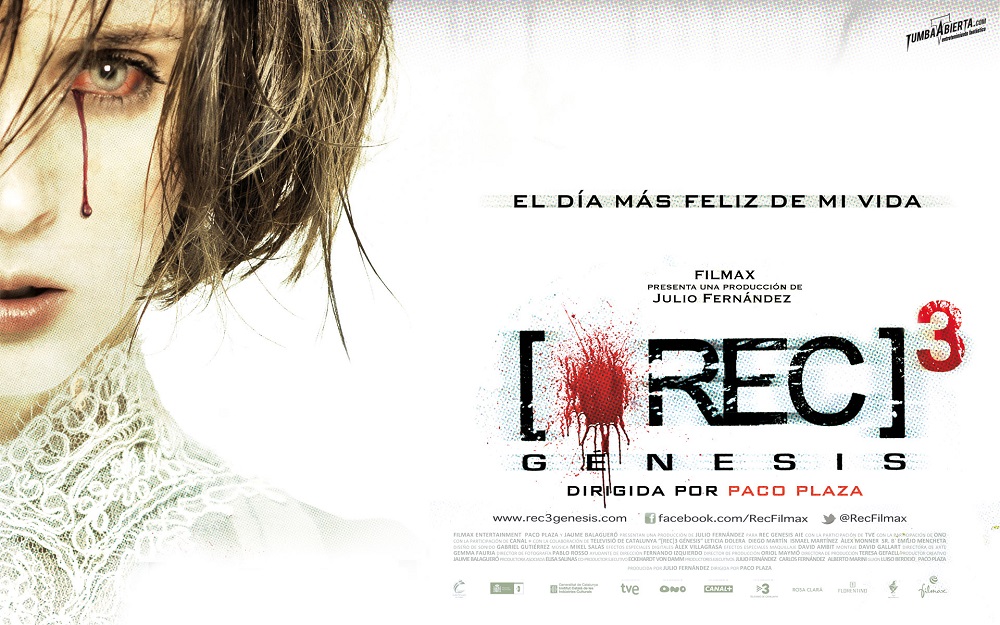 Speaking of successful sequels, the third film in the Spanish franchise now arrives on the list [REC]. The first film, even with the style now tired of the found footage, proved to be an efficient approach to the zombie subgenre. The second movie upped the game, proving even better than the original. But ten years ago, the third film regressed leaving the previous style aside and adding a lot of humor. The plot takes place at a wedding. 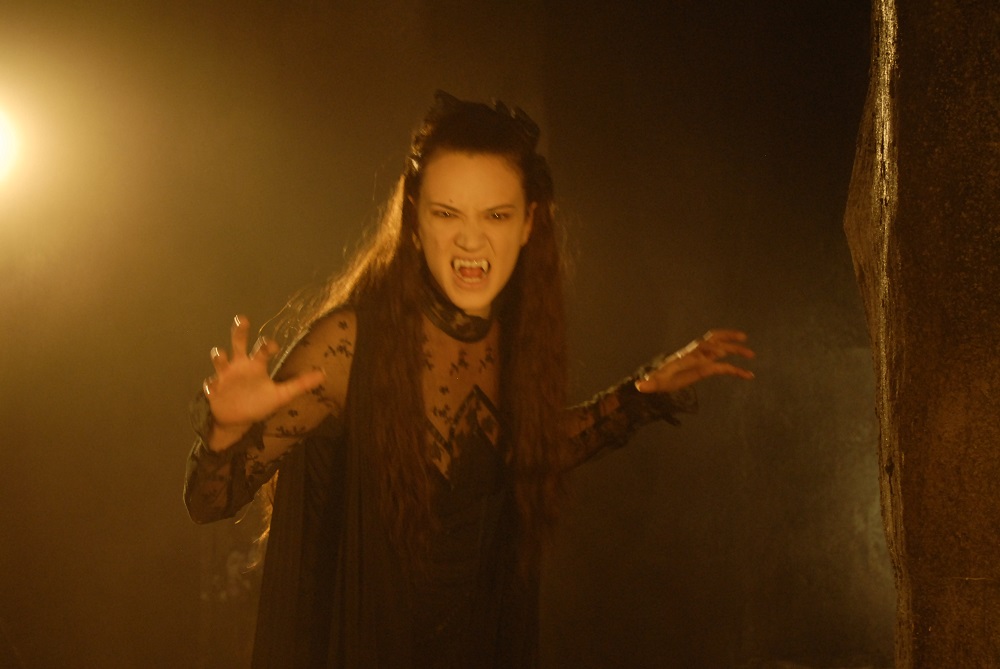 Ten years ago in cinema, it was the turn of the master of the subgenre Giallo, Dario Argento, create your unique vision for the legend of Count Dracula. And on top of that in 3D. The director climbed the late Rutger Hauer like the hunter Van Helsing and the blood flows with gusto. 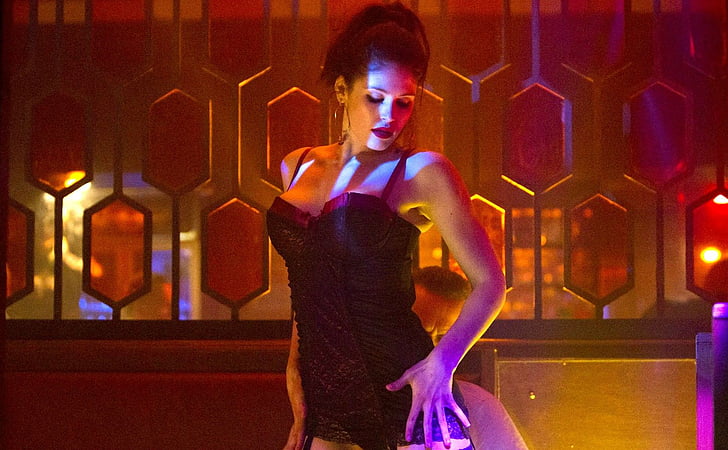 Speaking of vampires and masters of terror, the Irish Neil Jordan he may not be an expert in the genre itself, but he has at least one great work in the style on his resume: Interview with the Vampire (1994). Here, he returned to the subgenre nearly twenty years later, for a story of mother and daughter vampires – played by Gemma Arterton and Saoirse Ronan. 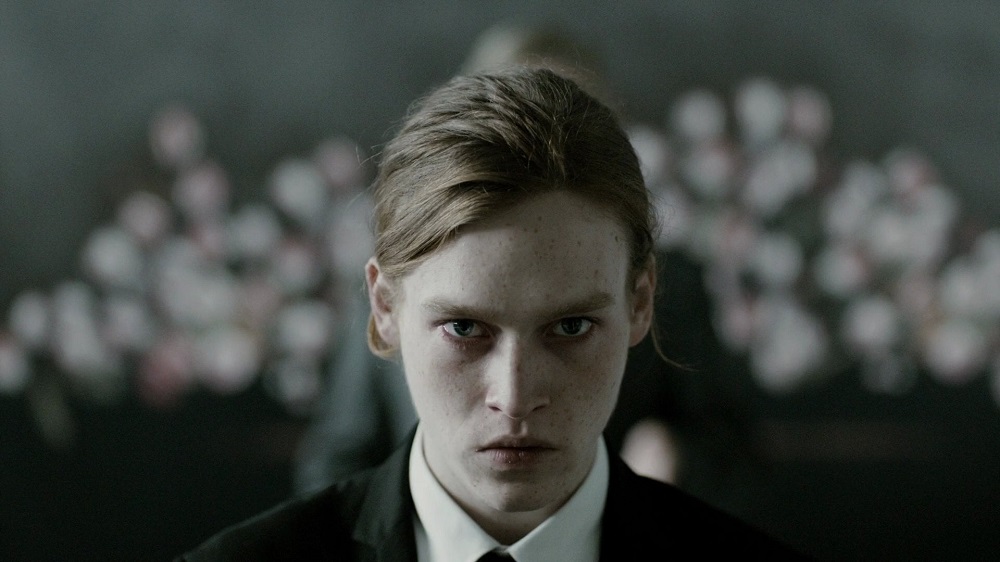 the filmmaker David Cronenberg can also be considered one of the greats of the horror genre – his line was more the grotesque and visceral corporeal horror. His son, Brandondecided to follow the same style as his father and recently launched the praised possessor (2020). Eight years before that, the young man was taking his first steps in charge of a work in the disturbing and graphic antiviralabout the future where celebrity fans want to share their illnesses. 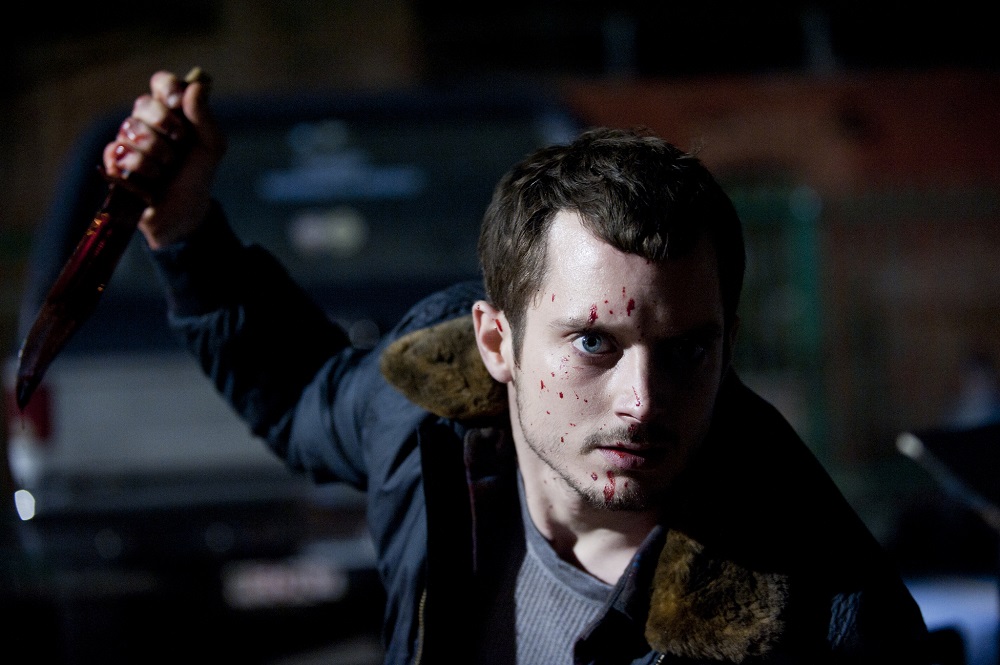 O Manic The original is a 1980 film, which showed a grotesque psychopath hunting his victims, all women, in New York and scalping them. The original is part of the slasher craze and had effects created by the great Tom Savani. This one is the most psychological remake, which has Elijah Wood in the leading role of the troubled young man. 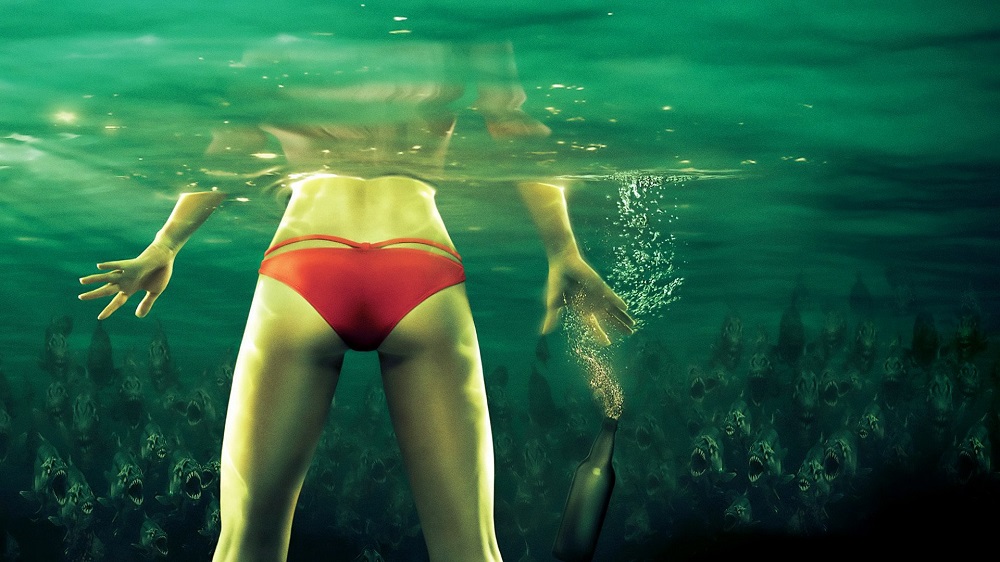 Yet another reimagining of a classic horror from the past. O Piranha original is from 1978 and was shamelessly piggybacking on the success of Shark, changing only the antagonist fish. In 1981 came a more funky sequel, directed by James Cameron. In 2010, it was the turn of the fun remake, which would also generate a funky sequel – two years later and ten years ago. The plot takes place in a water park. 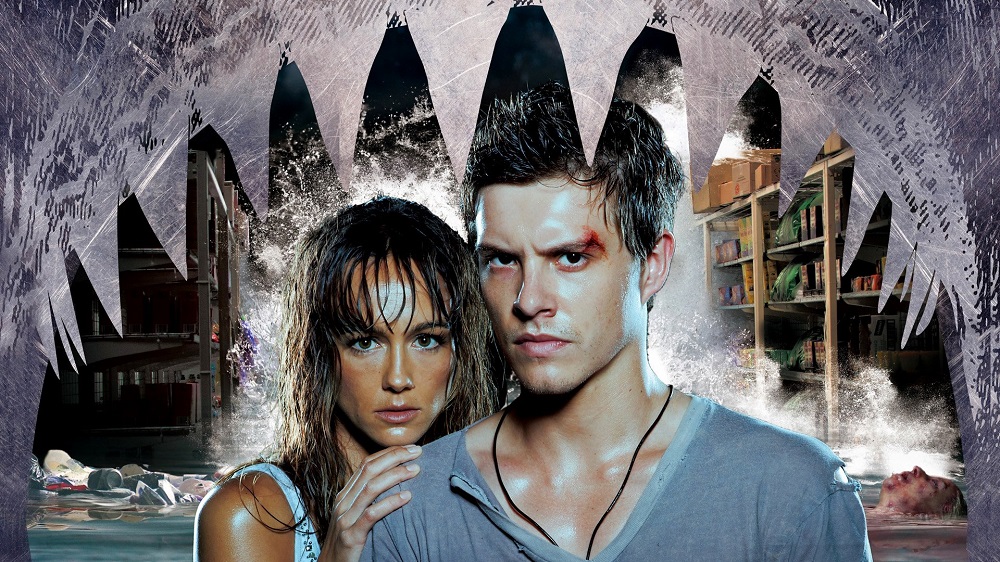 Continuing in the land of the huge killer fish, how about a story about two young people (a boy and a girl) trapped in a supermarket after the place is completely flooded due to a tsunami. The water also brings huge white sharks for company. 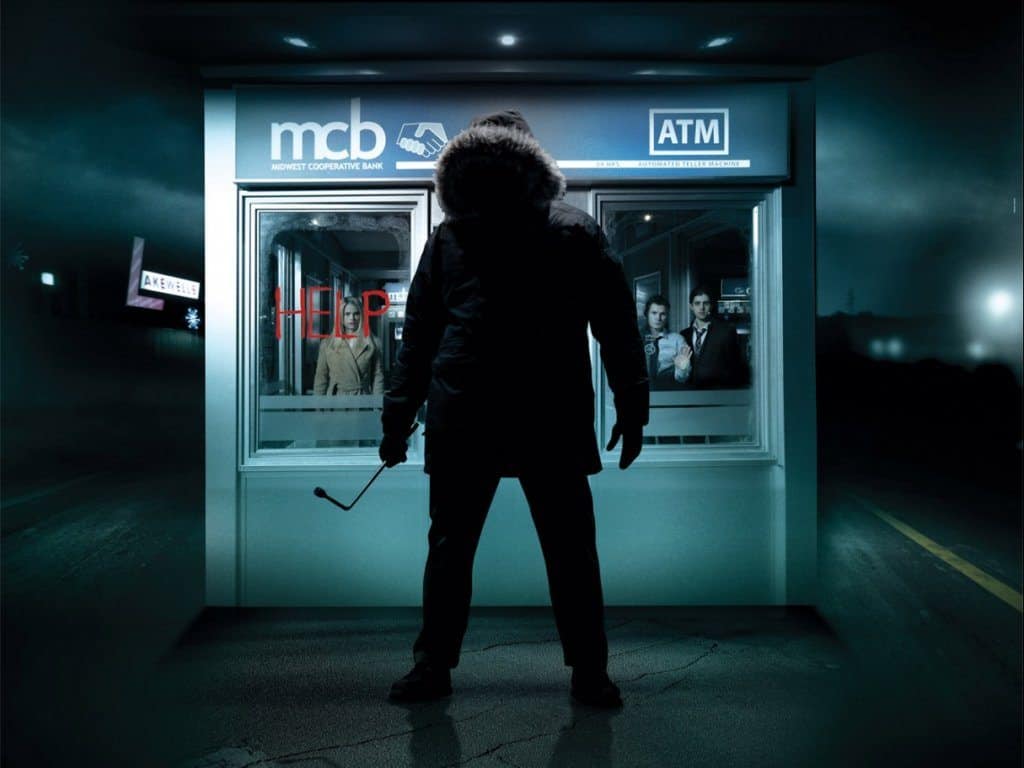 It wasn’t just supermarkets that victims in horror movies were trapped in the movies for ten years. Here the very blonde Alice Eve she was trapped inside an ATM next to two “manés” all night long while a psychopath armed with an ax lurks outside. 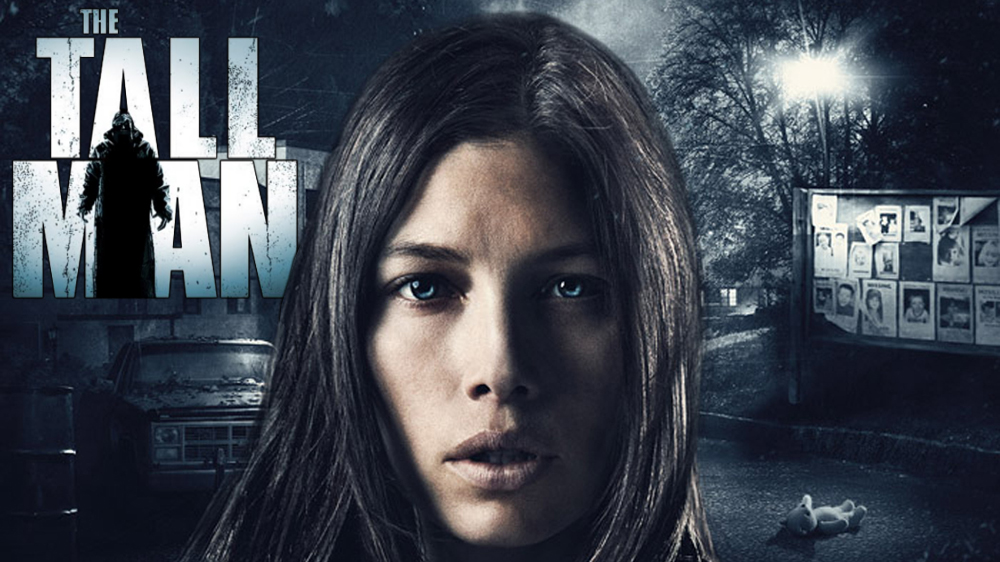 Jessica Biel is who stars here, living a mother desperate to find her little son kidnapped at home – who may have been led by the legend of a local entity known as “Tall Man”, a small town’s answer to the disappearance of children. 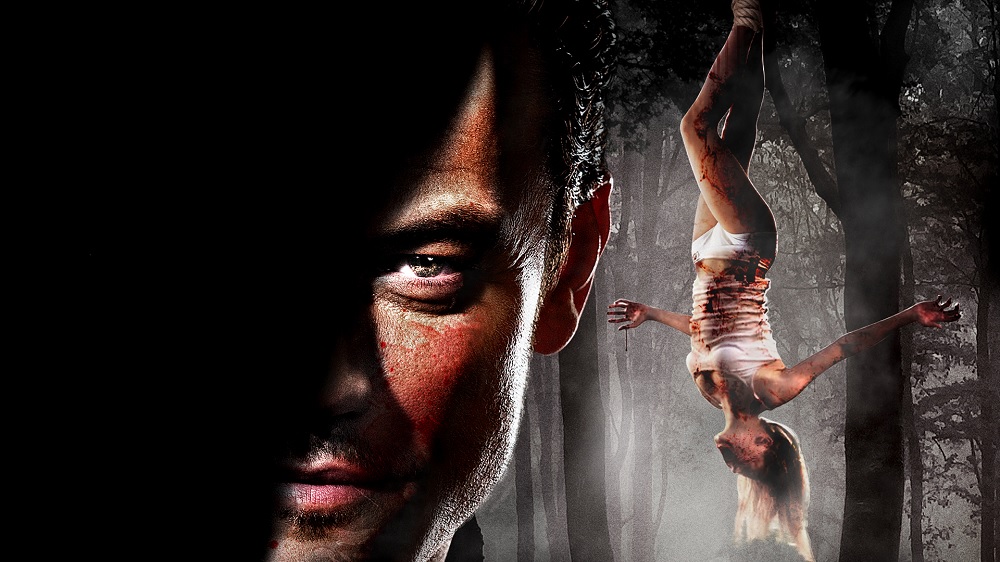 This film has an interesting twist when a couple of tourists are attacked by criminals. They are kidnapped, but the bandits soon discover that he is a psychopath, role of Luke Evans, which will hunt them down one by one. the blonde Adelaide Clemens plays the victim trapped in the villain’s car. 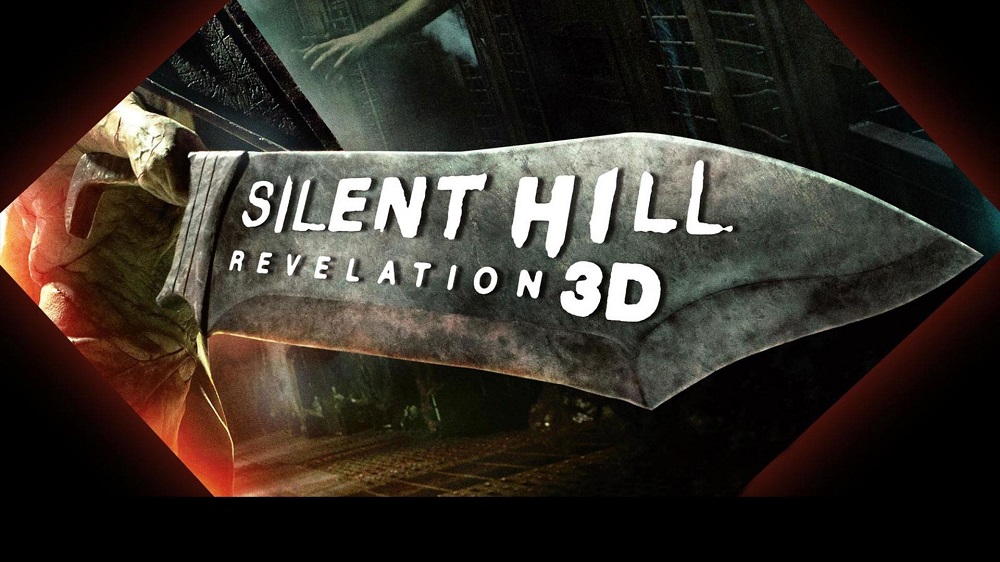 Terror in Silent Hill (2006) is the adaptation of a famous video game that still mixes horror in its plot. Compared to the other movie versions of games, this one even proved successful and even gained a continuation six years later, and ten years ago this sequel arrived in theaters. The protagonist is the blonde Adelaide Clemens (her here again), which was successful at the time, but today is kind of missing. She is portrayed as Heather, the daughter of the original’s protagonist Rose, now grown up she must return to the sinister town of Silent Hill and face her slumbering inner demons. in the cast, Harrington Kit and Carrie-Anne Moss.

Previous First Russian soldier sentenced in Ukraine has sentence reduced to 15 years | Ukraine and Russia
Next Pedro Raul decides in the end, and Goiás beats Coritiba in the opening of the return