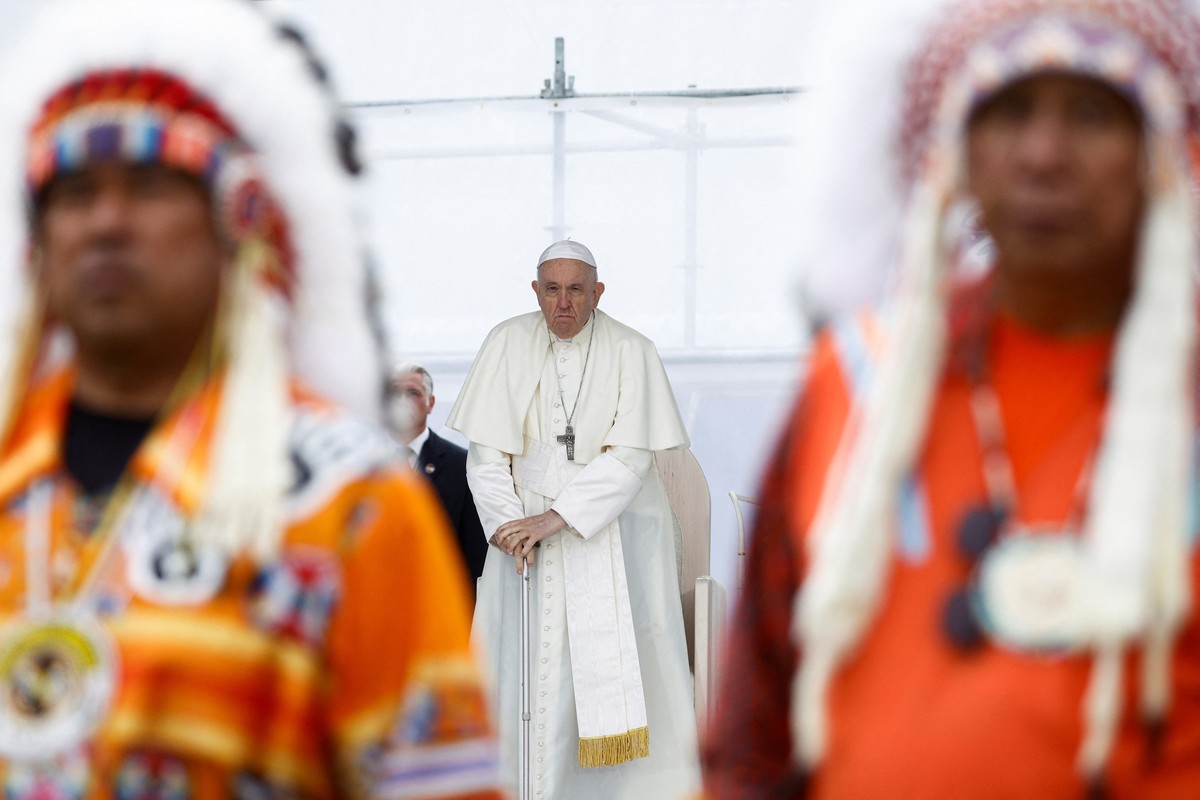 Pope Francis classified this Saturday (30) as “genocide” what happened in boarding schools that the Catholic Church and other Christian churches maintained in Canada to forcibly assimilate indigenous children.

Between 1881 and 1996, more than 150,000 indigenous children were separated from their families and taken to these institutions. Many children were starved, beaten and sexually abused in a system that the Canadian Truth and Reconciliation Commission called “cultural genocide”.

The schools were run by religious groups, mostly by Catholic priests and nuns.

The pope made the comment as he flew back to Rome after a week-long trip to Canada, where he made a historic apology for the Church’s role in politics.

He was asked by an Indigenous Canadian reporter on the plane why he did not use the word genocide during the trip and whether he would acknowledge that Church members participated in the genocide.

“It’s true that I didn’t use the word because I didn’t think about it. But I described genocide. I apologized, I asked forgiveness for this activity, which was genocide,” Francis said.

“I condemned this: taking children away and trying to change their culture, their minds, change their traditions, a race, an entire culture,” the pope added.

Last Monday, Francis visited the town of Maskwacis, site of two former boarding schools, where he apologized and called the forced assimilation “evil” and a “disastrous mistake”.

The pope also apologized for Christian support for the “colonizing mentality” of the time.