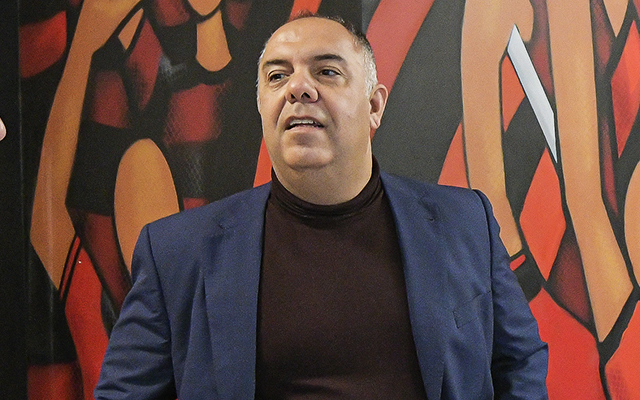 With a strong performance in the current transfer window, Flamengo continues to announce reinforcements. After the arrival of Everton Cebolinha and Arturo Vidal, Mais Querido made official the hiring of midfielder Erick Pulgar this Friday (29). Not satisfied, Fla’s vice president of football, Marcos Braz, published a cryptic message on social media and stirred up the red-black fans, raising expectations for Guillermo Varela’s announcement.

On Instagram, Marcos Braz published the image of the Russian flag in his feed. In the post, the leader did not even use a caption, that is, he exclusively used the photo. As Guillermo Varela is already in Rio de Janeiro, about to be announced, fans’ expectations have increased. The player, it is worth mentioning, came from a Russian club, Dynamo Moscow, therefore, the association of the ‘post’ of the manager with the hiring of the athlete.

It is worth mentioning that Varela’s contract with Flamengo will be for one year, that is, until June 2023. After this period, if Rubro-Negro wants to, they can extend the bond for two more seasons with the side. The Uruguayan arrives at the Most Beloved through the FIFA clause, which allows players from teams from Russia and Ukraine to suspend their contracts for a year, due to the war between the countries.

While waiting to announce Guillermo Varela, Flamengo is getting ready to take the field this Saturday (30), when they host Atlético-GO, at Maracanã, for the 20th round of the Brazilian Championship. The match will take place from 8:30 pm (Brasília time).

Previous Hollywood Foreign Press Association acquired by Eldridge Industries; changes at the Golden Globes are expected
Next Is Galaxy A73 waterproof? Check out our test – All in Technology