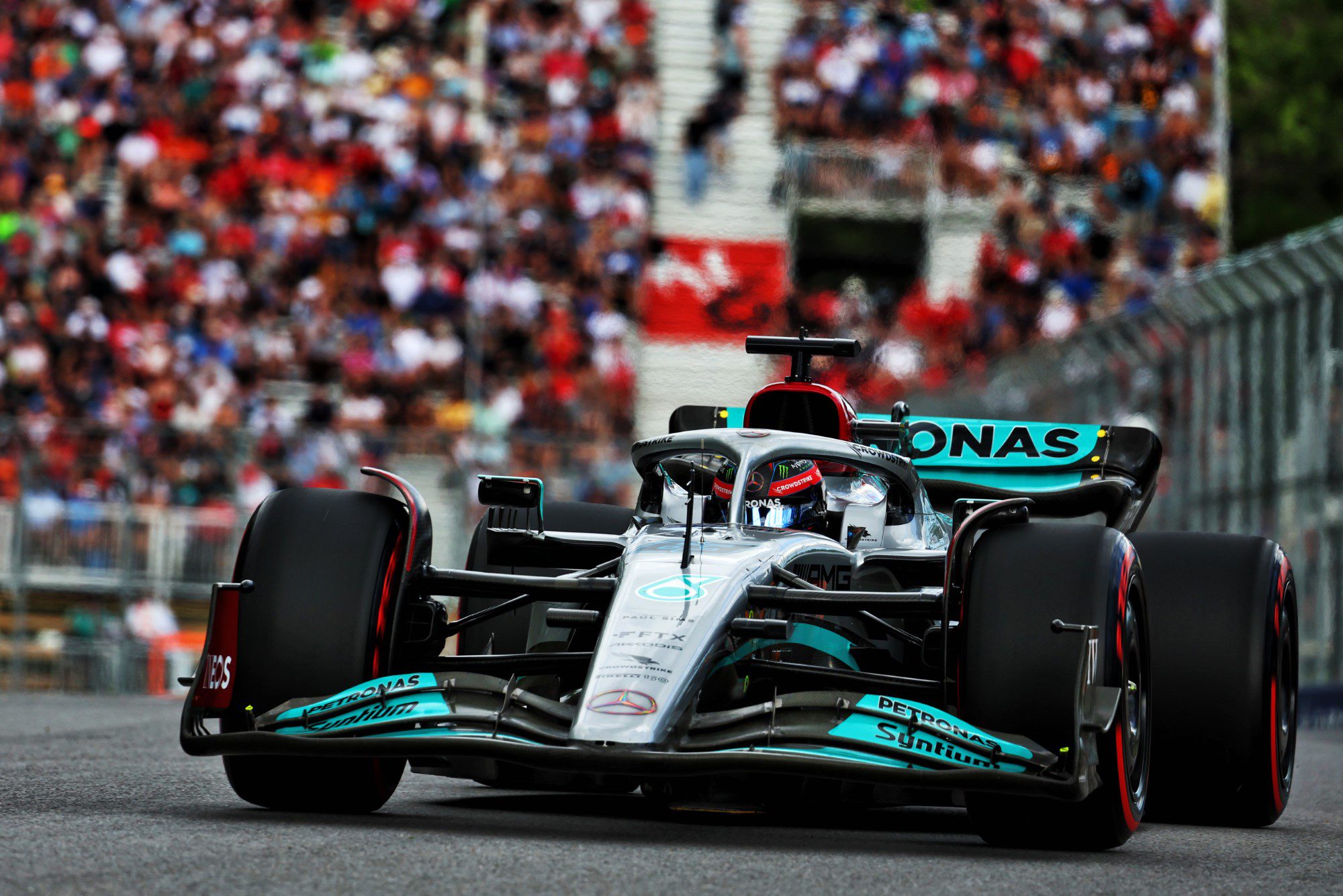 George Russell will start from pole position at the Formula 1 Hungarian Grand Prix. The Mercedes driver took pole for the first time in his F1 career – it was also Mercedes’ first pole of the 2022 season.

Russell will be joined by Carlos Sainz on the first row of the Hungarian grid. Ferrari had been leading the session so far, but Russell surprised at the end and took the place of honor. Charles Leclerc starts in third position.

Lando Norris confirmed McLaren’s good pace at the Hungaroring and will start on the second row, alongside Leclerc, in P4. Daniel Ricciardo, his teammate, starts from P9.

The third row of the grid belongs to Alpine. The French team guaranteed a good performance this Saturday with Esteban Ocon in P5 and Fernando Alonso in P6.

Mercedes’ Lewis Hamilton starts seventh and will be joined by his former teammate Valtteri Bottas – now at Alfa Romeo – on the fifth row of the grid.

Red Bull had an unusual day in Budapest. Sergio Perez was eliminated prematurely in Q2, while Max Verstappen had engine problems in the final stages of qualifying and starts only in P10.

The drivers took to the track when the green light was shown indicating the start of Q1.

With 10 minutes remaining in Q1, Verstappen was leading with a time of 1:18.792, followed by his teammate Perez. Russell was third ahead of Sainz.

Leclerc made a mistake on his lap and was only 11th, with the heavy clouds approaching quickly, the Monegasque was in danger of being left out of Q2.

Leclerc scored 1:18.8s and secured P2, while the regressive scored six minutes. Zhou managed a good lap and moved up to P5 behind Hamilton.

With less than a minute to go in Q1, Hamilton clocked 1:18.374 to take the lead. Russell was second and Sainz was third.

The eliminated ones were: Yuki Tsunoda, Alexander Albon, Vettel, Pierre Gasly and Latifi.

Verstappen was fastest in Q2 with a time of 1:17.703, while teammate Perez was eliminated. The moving was 0.071s from 10th placed Bottas.

Leclerc was second and Alonso third, while Mercedes were in P5 with Hamilton and P7 with Russell.

In addition to Perez, those eliminated were Zhou, Kevin Magnussen, Stroll and Mick Schumacher.

Sainz set the pace at 1:17.505, while Russell was second ahead of Leclerc. Verstappen didn’t fit the first lap and was only in P7.

With three minutes into the regress, the pilots returned to the track for the last attempt.

Leclerc even scored P1, but Sainz overtook his teammate.

But it was George Russell who took pole. The Briton was very excited over the radio after setting the best lap of the session and securing his first pole position in Formula 1.

Check out the starting grid for the Hungarian F1 GP:

Previous What does Harry have that no one else has? – Current
Next The Divine Force details flight feature