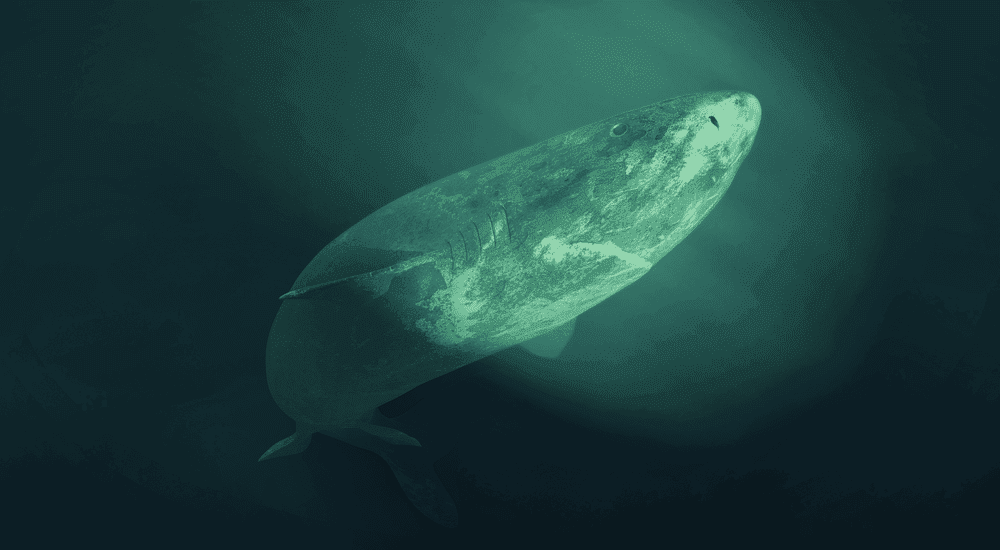 Shark that lives 400 years appears almost 7,000 km from its habitat

A shark that normally inhabits the freezing waters of the Arctic, surviving for up to 400 years by feeding mainly on polar bear carcasses, recently appeared in an unexpected place: a reef in Belize, Central America.

This is the first time a shark of this type has been seen in the waters of the western Caribbean off the world’s second longest barrier reef, more than 7,000 km from its natural habitat.

Devanshi Kasana, a doctoral student in the Predator Ecology and Conservation Laboratory at Florida International University (FIU), was working with local fishermen to tag tiger sharks when he made the discovery.

After a long night of hunting for sharks, the weather was closing in, with storms brewing on the horizon, when the team made a final check on their lines. At the tip was not a tiger shark, but a slightly slower creature.

According to the website Phys, the animal looked old and was like an elongated, smooth stone that had come to life. His muzzle was blunt, and he had small blue eyes.

“At first I was sure it was something else, like a six-gill shark that is well known from the deep waters of coral reefs,” Kasana said. “I knew it was unusual and so did the fishermen, who had never seen anything like it in all their years of fishing.”

The researcher then sent a message with the photo of the animal to Demian Chapman, her Ph.D. advisor. and director of the Center for Research and Conservation of Sharks & Rays at the Mote Marine Laboratory and Aquarium, who surprised her with the answer: it was not a Hexanchus vitulus, the scientific name for the six-gill shark, but a Somniosus microcephaly, popularly called from-Greenland.

Specialists consulted by Chapman and Kasana confirmed that it was a Greenland shark or a hybrid between this species and the Pacific sleeper shark (Somniosus pacificus).

According to Kasana’s research, which was described in an article published in the journal Marine Biology, the longevity of the species is related to its slow movement, which slows its growth. These animals, because they lived in the depths, have very poor eyesight, being almost blind.

Previous How to put two pictures on WhatsApp profile
Next Criticism | Candy: A Story of Passion and Crime – Miniseries (2022) – Jessica Biel is spectacular in this real series