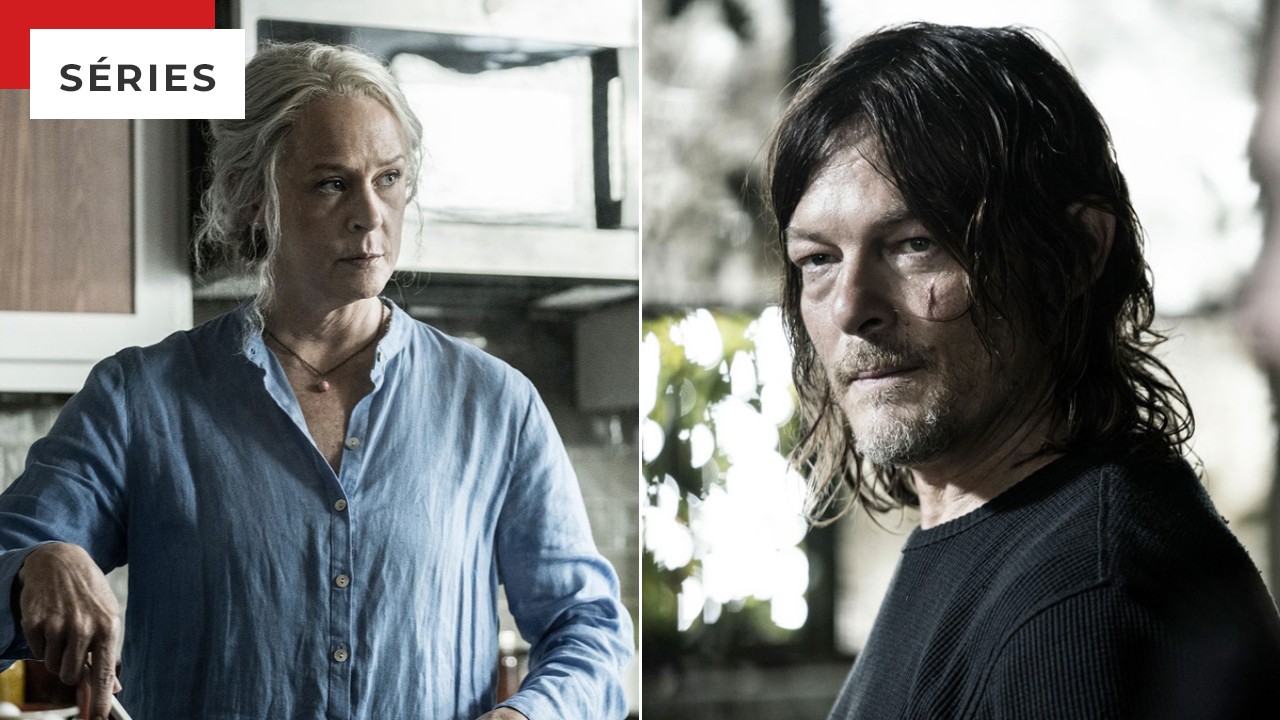 The Walking Dead ‘needs its own ending’, defends showrunner in the face of new spin-offs

The third part of Season 11 will be released on October 2nd, ending more than a decade of history.

When The Walking Dead premiere the third part of its 11th and final season, will be the end of a series that revolutionized the zombie apocalypse genre. Even saying goodbye to the fans, the franchise will live on thanks to the spin-offs. Fear the Walking Dead will become the oldest, and four new ones are on the way: the anthology Tales of the Walking Dead; the Daryl-focused spinoff (Norman Reedus); Isle of the Dead, starring Maggie (Lauren Cohan) and Negan (Jeffrey Dean Morgan); and the miniseries with Michonne (Danai Gurira) and Rick (Andrew Lincoln).

Although the unpublished productions are considered sequels to The Walking Dead, its creators, Scott M. Gimple and Angela Kang, wanted to make it clear that the AMC phenomenon will have a rounded ending, without depending on the derivatives to make sense.

“It’s about completing the story of The Walking Dead, not creating spin-offs,” Gimple explained during the interview. San Diego Comic-Con, an event that took place between the 21st and 24th of July. “There is room for spin-offs, but the end of The Walking Dead concludes an 11-year journey. We didn’t want spin-offs to get in the way of that satisfaction.”

The Walking Dead: 4 characters already have their survival guaranteed in the series

Kang, who co-wrote the latest episode directed by Greg Nicotero, echoed Gimple’s words: “It’s the right [a se fazer]. The series needs its own ending. But the doors stay open, as they often do in life and even at the end of the comics. There’s always a story that continues when what you tell on screen ends.”

The third part of season 11 will be released on October 2nd. As fans count the days, it’s worth remembering that Tales of the Walking Dead arrives on August 14th. The anthology series will have six standalone episodes set in the universe created by Robert Kirkman. The public can therefore expect new characters affected by the zombie apocalypse (like the one played by Terry Crews), but with the certainty of seeing old acquaintances (like Alpha, the villain played by Samantha Morton).

WHAT TO EXPECT FROM THE END OF THE WALKING DEAD?

The story won’t exactly start from a quiet place after the close of the second part of season 11, which featured diverse groups like Alexandria, Hilltop and Oceanside, but also the Commonwealth. A huge and advanced center that brings together more than 50 thousand survivors and that managed to create the closest reality to the pre-apocalypse world.

Despite being a perfectly functioning society, in the Commonwealth all that glitters is not gold. As if the authoritarian rule of Pamela Milton (Laila Robins) were not enough, her right-hand man Lance Hornsby (Josh Hamilton) also joined the long list of antagonists of The Walking Dead.

Director of operations for the city-state, he has used the military to control any rival grouping and eliminate any threats from within and without. It is worth remembering that Maggie challenged her power by turning down the proposal to join the Hilltop to the Commonwealth, which quickly put her in Hornsby’s crosshairs.

The Walking Dead: 6 questions the series needs to answer before it ends

In the last episode of the second part, Lance, after understanding that the negotiation with Maggie would not have the desired result, began to plan an attack. His ally Leah (Lynn Collins) tried to eliminate Glenn’s (Steven Yeun) widow, while Commonwealth soldiers betrayed Daryl, Aaron (Ross Marquand) and Gabriel (Seth Gilliam).

With no home to return to, it’s conceivable that the survivors would flee, turning to none other than Negan, his pregnant wife Annie (Elizabeth Keener) and his Riverbend group. However, they are still too few to face the legion of Commonwealth soldiers, better armed and powerful.

When The Walking Dead return, Lance will likely be on the lookout for both his enemies and his friends, setting the stage for the series’ last major conflict. In the meantime, the rest of the survivors who have infiltrated the Commonwealth will continue to work to unmask the local leaders.

Previous Xi Jinping ups the tone with Biden: ‘Don’t play with fire’
Next Cartola 2022: Terans and Raul Gustavo are out of round #20; see suspended, injured and likely | topper