‘Tiktokrization’ and more: 5 Instagram updates that a lot of people hated | Social networks

The news announced by Instagram that it will turn videos of up to 15 minutes into Reels displeased a lot of people. On social media, powerful users and influencers, such as the Kardashians sisters, have started a movement against what they call the “Tiktokrization” of Instagram. But the platform’s growing investment in short videos is not the only criticism of the social network: many other updates to the application have also displeased users. Below, remember five changes in the app, originally intended for photos, that divided opinions on the Internet.

How to get likes on Instagram? See the TechTudo Forum

The latest controversy concerns the transformation of all videos under 15 minutes into Reels. The update, which went into effect on July 21, also included the ability to insert photos into the Reels Remix and the new Dual Capture function, which allows you to record videos using both the rear and front cameras at the same time.

The update was seen by most people as (more) a way to copy TikTok. Owner of the second most followed profile on the network, influencer Kylie Jenner boosted criticism by asking Instagram to “turn Instagram again”. “Stop trying to be TikTok, I just want to see cute pictures of my friends,” read the post shared by Jenner and liked more than 1.1 million times.

The post also linked to an online petition on Change.org with a series of demands for Instagram, which include stopping imitating TikTok, developing an algorithm that prioritizes photos, and bringing it back to the timeline in chronological order. By the time of writing this article, the petition had already gathered more than 220,000 signatures.

At first, the mobilization against “Tiktokrization” does not seem to have had much effect among those responsible for Instagram. Through Twitter, the head of the social network, Adam Mosseri, reaffirmed the company’s decision to invest more and more in videos, since this is the type of content most consumed by users. According to the executive’s explanations, this means that static images will lose even more space, reinforcing his statement that Instagram is no longer a photo app.

2. Extinction of the chronological feed

Since it was announced in 2016, the demise of the chronological feed has drawn heavy criticism to Instagram. At the time, the network claimed that users only saw 70% of the images and videos posted, which is why it was replacing the algorithm for displaying content by relevance. The complaints were so constant that, in 2021, Instagram announced the return of the presentation in chronological order. The tests started in January of this year and, in March, it was already possible to see the feed by the publication date again.

Instagram chronological feed is back after a series of criticisms — Photo: Rodrigo Fernandes/TechTudo

It is worth mentioning that the chronological feed has not returned as a default option on Instagram. When opening the application, on Android or iPhone (iOS), the user still sees the posts based on what the algorithm understands to be most interesting for him. You must perform the procedure described in this tutorial every time you want to see the images in order of publication.

An Instagram update increasing the limit on Stories from 15 to 60 seconds divided opinion, even before it was officially implemented. The update was discovered by developer Alessandro Paluzzi, who published a print of the novelty on his Twitter profile, generating a series of arguments for and against the novelty.

A lot of people liked the idea of ​​not having videos cut after 15 seconds anymore, as this allows, for example, to add music and effects without breaks. On the other hand, others complained about having to go back 60 seconds of viewing, not 15, when you want to review just a part of the video.

After nine months of the controversy, Instagram still hasn’t released the functionality, at the time described by the company as “just a test”, for everyone. It is worth remembering that a few months earlier, videos on Reels had their time limit increased to 60 seconds, following in the footsteps of TikTok, which extended the duration of clips to up to three minutes.

4. Extinction of the “Following” tab

In 2019, Instagram ended the “Following” tab, which showed likes, comments and followers of friends on the social network. The removal made the “Activity” section show only the user’s own actions, such as notifications of new followers and comments received.

The existence of the flap was already controversial, since it denounced activities such as flirting, generating jealousy and arguments. Its extinction, consequently, was also a matter of controversy. The stalkers were left without a tool to search the lives of the followers that most interested them, while many people felt freer to distribute likes and comments.

But it wasn’t to avoid fights that Instagram ended the feature. At the time, product director Vishal Shah told BuzzFeed that the removal was done to simplify the platform, as the tab was little used and many people didn’t even know it existed.

The indication that a person is online is as hated on Instagram as it is on messaging apps. That’s because this is a way of “snitching” when the user is active on the social network, but hasn’t responded to a message, for example. The good news is that Instagram has a native feature to take the online. Just open the profile tab, access the privacy settings, enter the “Activity status” and uncheck the corresponding option. 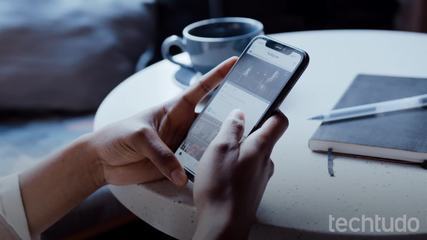 Previous Ceará x Palmeiras for the Brasileirão: see schedule, where to watch, lineup and predictions for the game – Play
Next Rumor: New Tomb Raider Will Show Lara as Leader of a Group of Explorers