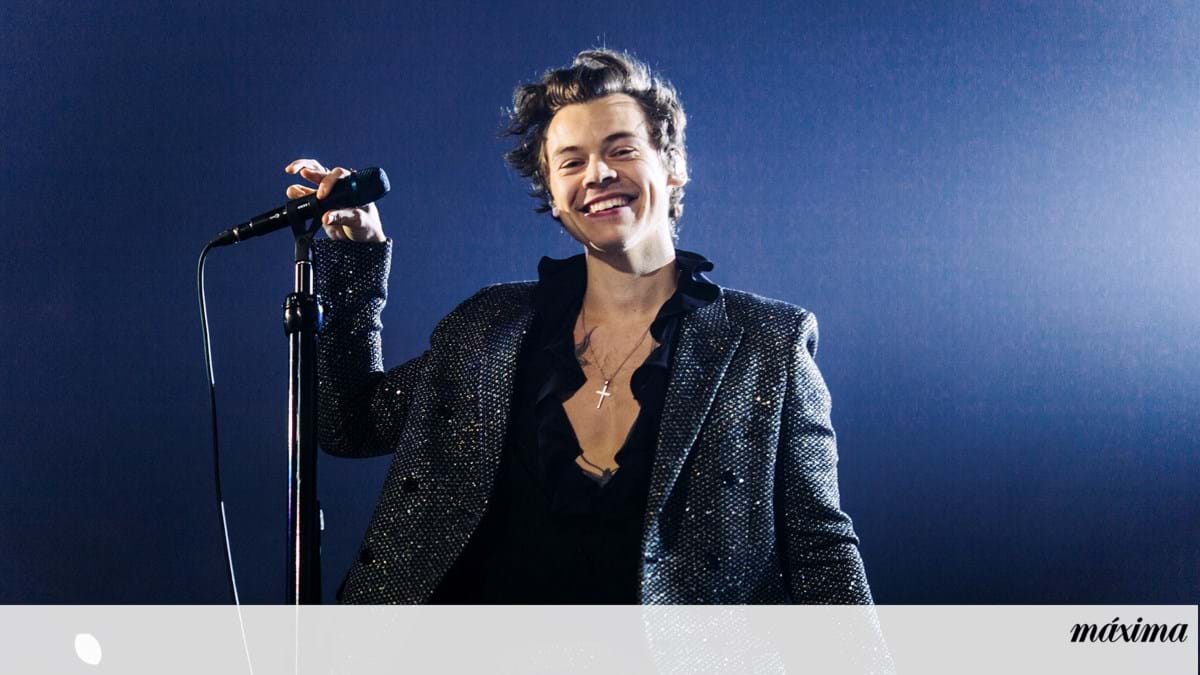 What does Harry have that no one else has? – Current

There were two weeks to go before the show and the promoter announced, after a boost at the box office, without hesitation, but with figures of style: “The last tickets have already flown.” They didn’t literally fly: they were bought with avidity by the public, who are devout, who are admirers, who are, in the most extreme cases, fanatics. results from the effect Harry Styles, the seducer of crowds, the Pied Piper of Hamelin of modern times who, instead of a flute, uses his voice – and his face, and his eyes, and his smile, and his style, and his clothes, and his existence – and instead of mice he seduces people. Mainly, people born around the year 2000 – but not exclusively, as Harry manages to cross several generations when it comes to touching hearts.

Not long ago, the British The Telegraph dedicated an article to the musician and actor in which he called him “the new Mick Jagger“That’s saying a lot about someone born and raised in puny Redditch, a not-so-interesting suburb on the fringes of Birmingham, and later in a hamlet called Holmes Chapel, in the province around Manchester (demo note: the second most celebrated person in history). Holmes Chapel is Dean Ashton, a former and obscure footballer); someone who entered the show business through a narrow, slanted door, participating in the talent contest The X Factor, in 2010, and being eliminated – not even won; someone who thereafter was enlisted in a boys band call One Direction, a pop product of undeniable success among teenagers all over the world with access to electricity and music listening devices, but which will not, from the outset, deserve the greatest respect from the specialized press and renowned columnists. And yet, there’s Harry Styles transformed into the new Mick Jagger – Mick-bloody-Jagger! – for not less than the The Telegraph.

At 28, Harry Styles has the world at his feet. Perhaps the statement may sound strange among generations born before 1995 (and for many it will not be), but it will not cause the slightest shiver of amazement or the most discreet raise of eyebrows among citizens generically designated as young people.

Read tooFestivals. The women who will rock the national stages


in the time of One Directionit wouldn’t be incredibly difficult to see that, of the band’s elements, Styles was the one with the most potential to become a pop star in his own right, without needing others. boys. However, maybe six years ago it was not so obvious that the musician would ascend to the dimension of a star on a planetary scale, now placed on the pedestal of the great artists in pop history – here, in the broadest sense: pop as in popular culture.

In 2016, One Direction decided to cease activity, although they have not decreed the definitive end of the band. In music, this is called taking an “indefinite hiatus”. Normally, the hiatus is interrupted when one, or more than one, of the elements of the band is faced with a situation of scarcity of resources; or even when one, or more than one, of the band’s members see their new projects lose momentum. It is at this time that, in principle, the nostalgia hits and it is time to gather. While the comeback of One Direction comes and goes, Harry Styles is making his way – but he has done so with a success that is sometimes difficult to explain. In 2017, he released his first solo album, which is how to say, in his own name – literally, since the title of the album is really Harry Styles. However, it launched fine linein 2019, and, this year, the acclaimed Harry’s Housewhich will certainly be the album with the greatest presence in Sunday’s concert in the grandiose arena of Parque das Nações, in Lisbon.


One of the many times advanced explanations for the meteoric rise – meteors not only fall (not least because falling, in cosmic terms, is very relative), they also rise – from Harry Styles is his extraordinary charisma. In this chapter, and as always, Fashion gave a precious help, especially since the artist joined the stylist Harry Lambert, with whom he cemented an androgynous and subversive wardrobe reminiscent of David Bowie or Prince. In 2020, he became the first man to appear alone on the cover of Vogue American style, and then in a Gucci dress, reminding us that women’s and men’s are fashion divisions that are less and less relevant. Her relationship with the creative director of the Italian brand, Alessandro Michele, which has even resulted in a collection, has been another of her strengths, influencing her aesthetics on stage and beyond.

Relaxed and stylish, Styles has a speech that strikes the rare balance between grace, correctness – themes such as sexuality, gender identity, etc., are very present in public positions – and some exoticism (as in the chapter on spirituality, for example, in which Styles claims to be “more spiritual than religious”, with all the nuances that come from that). Thus, a British artist manages not only to draw attention to himself but also to please those who observe and listen to him, whether singing, talking, telling stories or starring in films.

Yes, because there is a Harry Styles beyond the music. Harry participated in several television programs, such as Saturday Night Live or The Late Show with James Corden, among others, and did and also does Cinema. Alex’s role in Dunkirkby Christopher Nolan, was the high point of his acting career, but there are more movies to debut soon, like My Policeman or Don’t Worry Darling, by Olivia Wilde, his current partner. The actress and director, who became famous for her character “Thirteen” in the series Dr. Casa, Lar, and the musician and actor began dating precisely during the shooting of the film. In addition to this journey, he also became an entrepreneur in the area of ​​Beauty: he launched Pleasing, a vegan and non-binary nail polish brand, a few years ago.


And it’s this Harry Styles, this impressive combination of successes, this global superstar, that those lucky enough to get a ticket to the Altice Arena will have the privilege of seeing live, for the first time in Portugal, on July 31st. According to reports of other performances, in other stops, Styles knows how to give show. There’s only one voice that disagrees, albeit mildly, with this appreciation and that says, “He might look like me, but he doesn’t have the voice I had, and he doesn’t move on stage like I did.” Yes, Mick Jagger says, all right, compare, but with sense.

In celebrating her anniversary of being cast as Wonder Woman, actress Gal Gadot teased the …