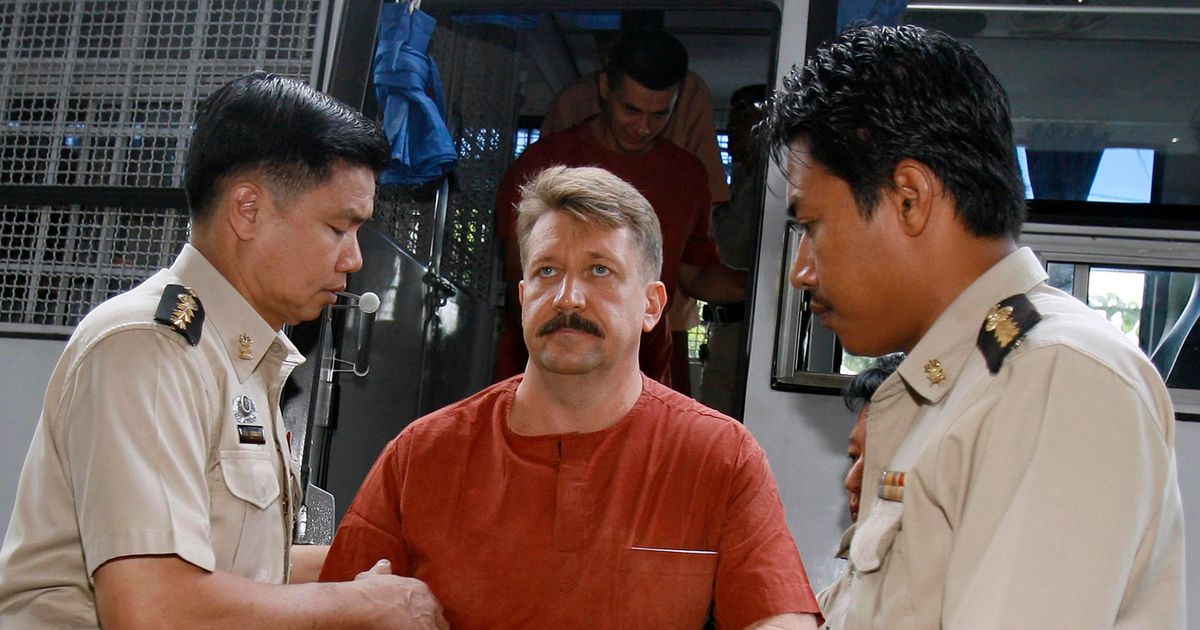 Who is Viktor Bout, the ‘Lord of Arms’ who can be involved in exchange for Brittney Griner

The drama involving the basketball player Brittney Griner, arrested in Russia since the beginning of the Ukrainian War for drug traffickinggained a new character: the Russian arms dealer Victor Bout, known as “Lord of Arms”.

The Secretary of State for United States, Antony Blinkenspoke this Friday, 29, with the Russian chancellor, Sergei Lavrovand pressured him to accept a Proposal for the release of Brittney Griner and Paul Whelan. The American, however, did not report any progress in the negotiation. Bout became known to the general public when he was played by actor Nicolas Cage in the film. The Lord of the gunsfrom 2005

Russian officials have been pushing for Bout’s return since his 2011 conviction by a jury of New York on four counts that included conspiracy to kill American citizens. Prosecutors said he agreed to sell anti-aircraft guns to drug enforcement informants who were posing as gun buyers for the Revolutionary Armed Forces of Colombia (FARC).

The attorney general at the time, Eric Holder, called Bout (pronounced “Boot”) “one of the most prolific arms dealers in the world.” Bout became notorious among American intelligence officers, earning the nickname “Merchant of Death” for having evaded capture for years.

Now, he is probably the most high-profile Russian in US custody and the prisoner that Russia has campaigned most intensely to return. If he is sent back to Russiait is likely to reignite the debate about carrying out prisoner exchanges for Americans the United States considers “unfairly detained” – as is the case with Griner and Whelan.

In interviews with journalists, Bout has repeatedly denied allegations that he worked for Russian intelligence agencies. But Mark Galeottian expert on Russian security services, said there are strong signs – from Bout’s education, his social and professional networks and his logistical skills – that he is a member, or at least was in close collaboration, with the security agency. intelligence of the Russian military, known as the GRU.

“This is also the view of the US and other authorities – and it explains the reasons why Russia has campaigned so assiduously to get it back,” said Galeotti, who teaches Russia and transnational crime at University College London. “All countries try to get their citizens out of difficult jurisdictions, but it is clear that it has been a particular priority for the Russians to retrieve Viktor Bout.”

Bout grew up in Dushanbe, capital of Tajikistan, until he was enlisted in the Soviet Army at age 18. After a stint in the Armed Forces, he studied Portuguese at the Military Institute of Foreign Languages ​​in Moscow, a common entry into Russian intelligence services. Afterwards, he became an Air Force officer.

THE Soviet Union broke up shortly after Bout left the military. As Russia’s economy collapsed and criminal groups thrived, he moved to the UAE and started a cargo company that grew to a fleet of 60 planes.

With military equipment from former Soviet states trickling onto the black market, its logistical empire has delivered weapons to rebels, militants and terrorists around the world, according to US prosecutors. In the “new era” of privatization in Russia, arms dealers were able to use the old Soviet-era military and commercial connections and also develop shell companies to conceal transactions.

Bout was accused of selling weapons to al-Qaeda, Taliban and activists from Rwanda. According to several investigations and the US prosecution, he and his associates flouted arms embargoes in Sierra Leoneat Democratic Republic of Congo and on Algeriawhere he sold weapons to both government forces and the rebels fighting them.

His ability to avoid capture increased his notoriety among Western intelligence officers. In 1995, the Taliban shot down one of their planes in Afghanistan, seized the cargo and arrested the crew. Bout and the Russian authorities somehow managed to get the crew out of the country: in 2003, he told the The New York Times Magazine that “they were extracted”, and in 2012, according to the The New Yorkerhe said that they simply escaped.

US officials finally caught up with him in Bangkok in 2008. Bout met with undercover agents from the Drug Enforcement Administration (DEA) that he believed represented FARC rebels, which the United States considered a terrorist organization until last year.

When potential buyers told him the weapons could be used to kill American pilots, Bout replied, “We have the same enemy,” prosecutors said.

Thai authorities arrested him at the scene. He was extradited to the US in 2010 and two years later he was sentenced to 25 years in prison.

In the following years, Russian authorities defended Bout’s innocence and requested him in a possible exchange for other high-profile American and Ukrainian detainees held by Russia. He was at the center of a Russian “we do not forsake ours” campaign that called his arrest unjust and politically motivated.

Bout’s exchange has been a priority for Russia “a matter of honor and a matter of relentless pragmatism,” Galeotti said.

Russian intelligence agencies “inherited from the old KGB a culture that makes it clear to its own agents — ‘we’ll get you back’. That kind of loyalty is really important when you expect people to potentially put themselves in danger,” she said.

On Wednesday night, Bout’s wife Alla told Russian state news agency RIA Novosti that neither she nor her husband had heard anything about their possible exchange.

“We spoke on the phone yesterday,” she said, according to the news outlet. “We, of course, assume that such negotiations can take place, but we don’t talk about it, because neither he nor I have any information.”

Oleg Morozova member of the Russian Parliament, the Duma, applauded the possibility of Bout’s return.

“Viktor Bout was illegally convicted and has been waiting for help from the Russian state for many years,” he told Ria Novosti. “If there is an opportunity to get his release, then, in my opinion, that chance should be used.”

It is unclear whether Bout’s possible return would further encourage Russia to arrest negotiable Westerners. Moscow denies allegations it intentionally arrests people to force an exchange.

“The very real risk with this deal is that it encourages foreign powers to take Americans off the streets and throw them in prison,” said Lee Wolosky, a former official with the government’s National Security Council. Bill Clinton, who led the initial US effort to capture Viktor Bout. “And the more prominent American travelers are, the better.”

Andrei Soldatov, a Russian journalist and security services expert who is a senior fellow at the Center for European Policy Analysis, said that while Bout was the most prominent Russian prisoner in the United States, there were many more Russians in US prisons, particularly hacking.

Russian authorities, Soldatov said, learned to “create hostage banks” in the early 2000s during the brutal war with the breakaway region of Chechnya, shortly after President Vladimir Putin came to power.

“It was a lesson they never forgot,” Soldatov said. Referring to Russian security agencies, he said: “It makes perfect sense, from their point of view, to do the same with the US.”

Previous Goodbye! Google Play Store will ban full-screen ads
Next Top 10 most read news of the week (23 to 30/07)