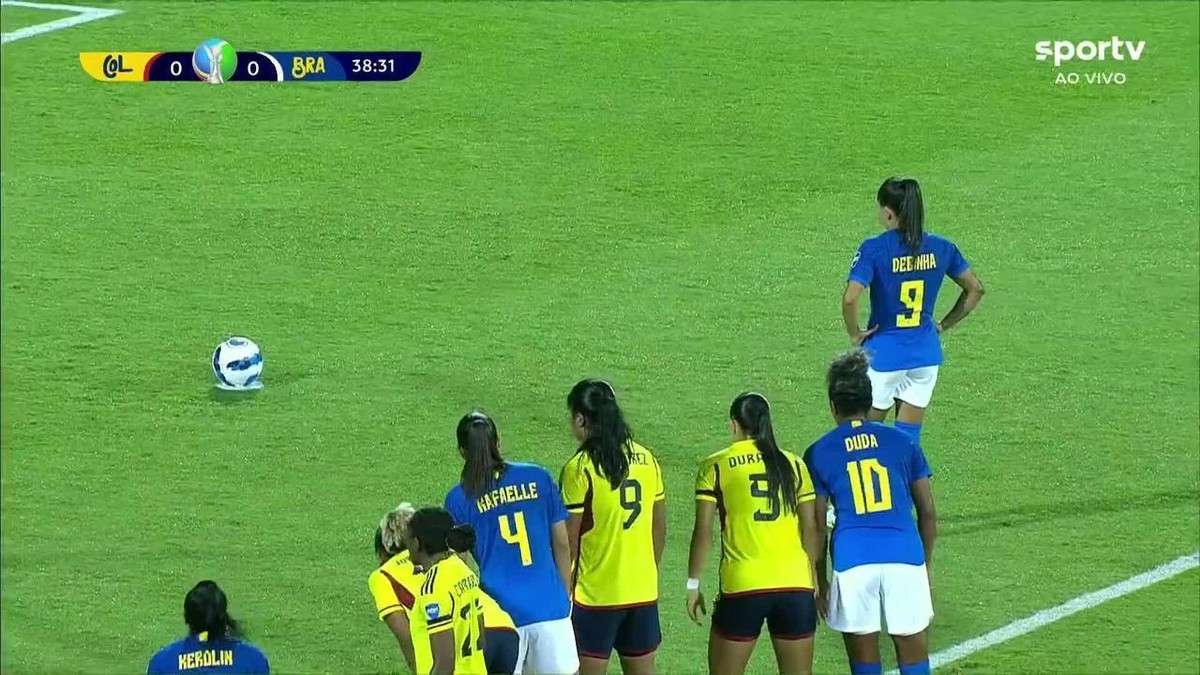 The Brazilian team had an unprecedented challenge for 18 players this Saturday in a 1-0 win about Colombia. A first Copa América final with a full stadium, around 22,000 Colombians and a team with a high-level technical player like Linda Caicedo. Lessons are left from the departure and also names that have established themselves on the way to the 2023 World Cup and also the 2024 Olympic Games.

The biggest news of the journey is the defense. Brazil leaves without conceding a goal in six games in the competition. Lorena, Rafaelle and Tainara didn’t get caught and ensured peace of mind, whether on the underside or in the air. A very high and world level. On the right side, Antonia took over the position. She evolved into what Pia Sundhage asked for: for her to go higher on the attack. Currently, she does both very conscientiously.

At the other end, Tamires gave the experience that the game asked for and even covered the runner on the left even in Kerolin’s difficult moments in the match. In fact, after the game, the Corinthians player made a point of emphasizing a motto often repeated by the Swedish coach and which fit well with the script of this Saturday’s confrontation: don’t take anything for granted.

– The motto here in the selection is not to take anything for granted. We are going to celebrate a lot having been champions of the Copa América, but we certainly have a lot of work ahead of us. We know that the level of an Olympics, a World Cup is much higher, but we have a lot of conditions to be in higher places in world women’s football and we will work hard for that – said Tamires.

And this motto does not guarantee a captive spot for any player. From there, it is necessary to look for names that fluctuated in the competition or did not present what was expected. Bia Zaneratto suffered from the rival catimba, so warned by Formiga before the match. Ary Borges was coming at a good moment, but he was unable to play his football at the high level he has already shown in the final. Duda Sampaio can be used more. As a reserve in the Copa America list, he arrived naturally and with good football without feeling the competition. Gabi Portilho was starting well in the matches. This Saturday, it was important to cancel out the climbs of Caicedo.

Debinha deserves a separate mention. Combative, quick, she reached maturity in the Brazilian team. She takes over the game when needed and uses dribbling mixed with the tactics Pia talks so much about. This Saturday, it was like that again. She did not enter the rivalry’s provocation game and it was her move that resulted in the penalty, which she herself took and scored with quality.

But one point that still remains is about the schema. With a team on the way, Pia Sundhage will have the chance to vary schemes. The one used against Peru gave the team more mobility at the front and could be a good option for the coach. Even so, Brazil still needs to gain more body, find more offensive exits in the games and strengthen the midfield that felt Angelina’s departure in the first half.

The time is to celebrate. And also think of a strong challenge that knocks on the door. How to go up one more step so that Brazil can face the National Teams in the 2023 World Cup? Knowing how to deal with emotions can be a start. And Pia has a way of doing that. Focus on tactics, have experienced athletes and face great opponents. One of them is already scheduled: face the Euro champion in February.

– Brazilian players play a lot with emotion, especially the younger ones. If emotion goes up in a good way, that’s fantastic. But if emotion shows that the team is getting down, you need to focus on tactics. To solve this we need to have more experienced players and also great opponents, said Pia.