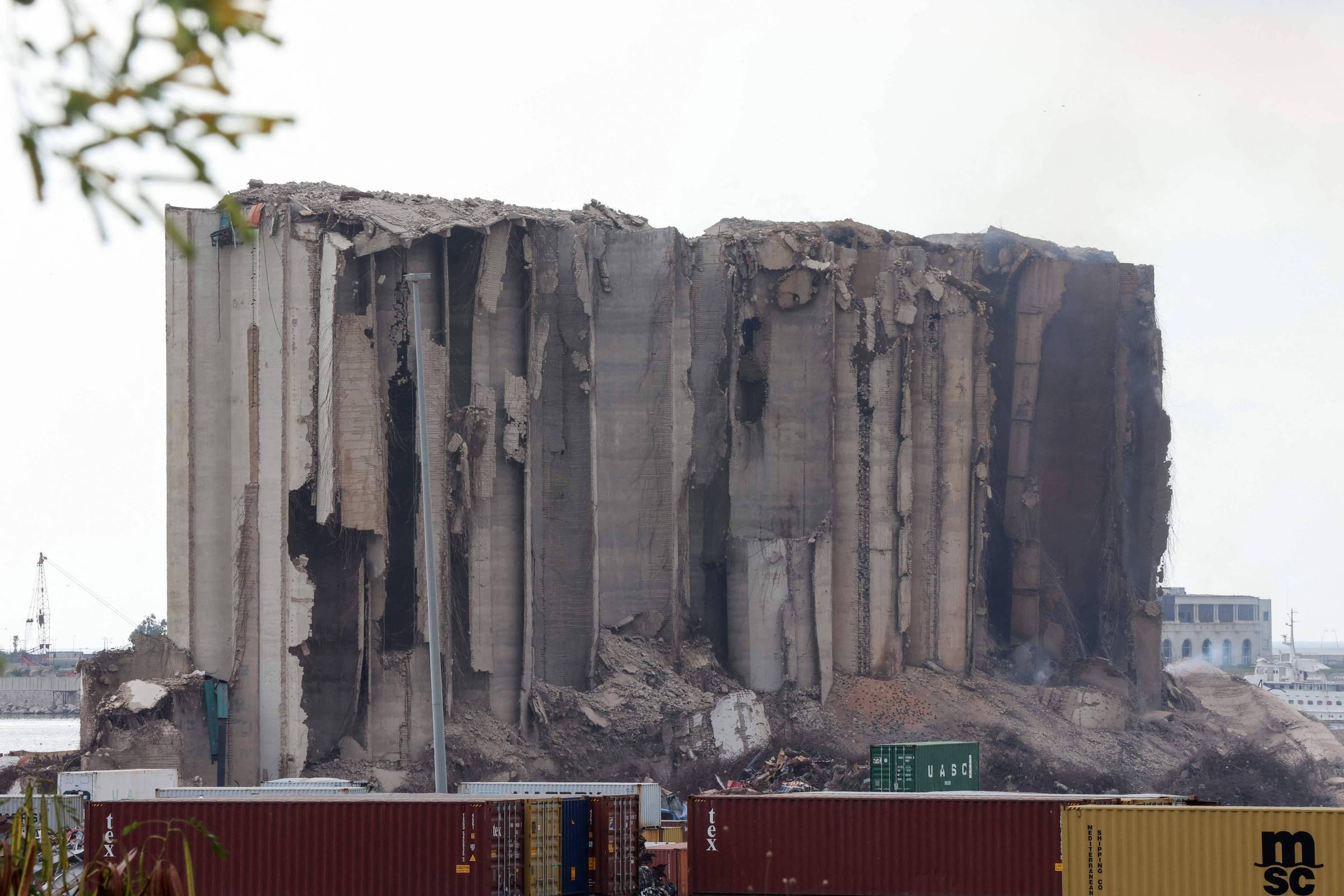 Part of the grain deposits at the port of Beirut, Lebanon, collapsed on Sunday afternoon, raising a huge cloud of dust and smoke, almost two years after a massive explosion killed more than 215 people and severely damaged the area.

There were no immediate reports of deaths or injuries.

Authorities had already warned last week that the silos could collapse after a fire raged at the site for three weeks, emitting an orange glow visible at night in nearby neighborhoods.

According to the government, the fire started naturally as a result of the fermentation of wheat left over after the 2020 explosion.

Residents said the fire now reignited the trauma of the August 4, 2020, explosion, for which no one has yet been held responsible.

The incident was caused by a shipment of 2,750 tons of ammonium nitrate, a highly explosive chemical, improperly stored for six years in the city’s port.

In addition to leaving more than 200 dead and at least 6,000 injured, the tragedy unleashed a wave of protests against the Lebanese government, deepening the country’s political and economic crisis.