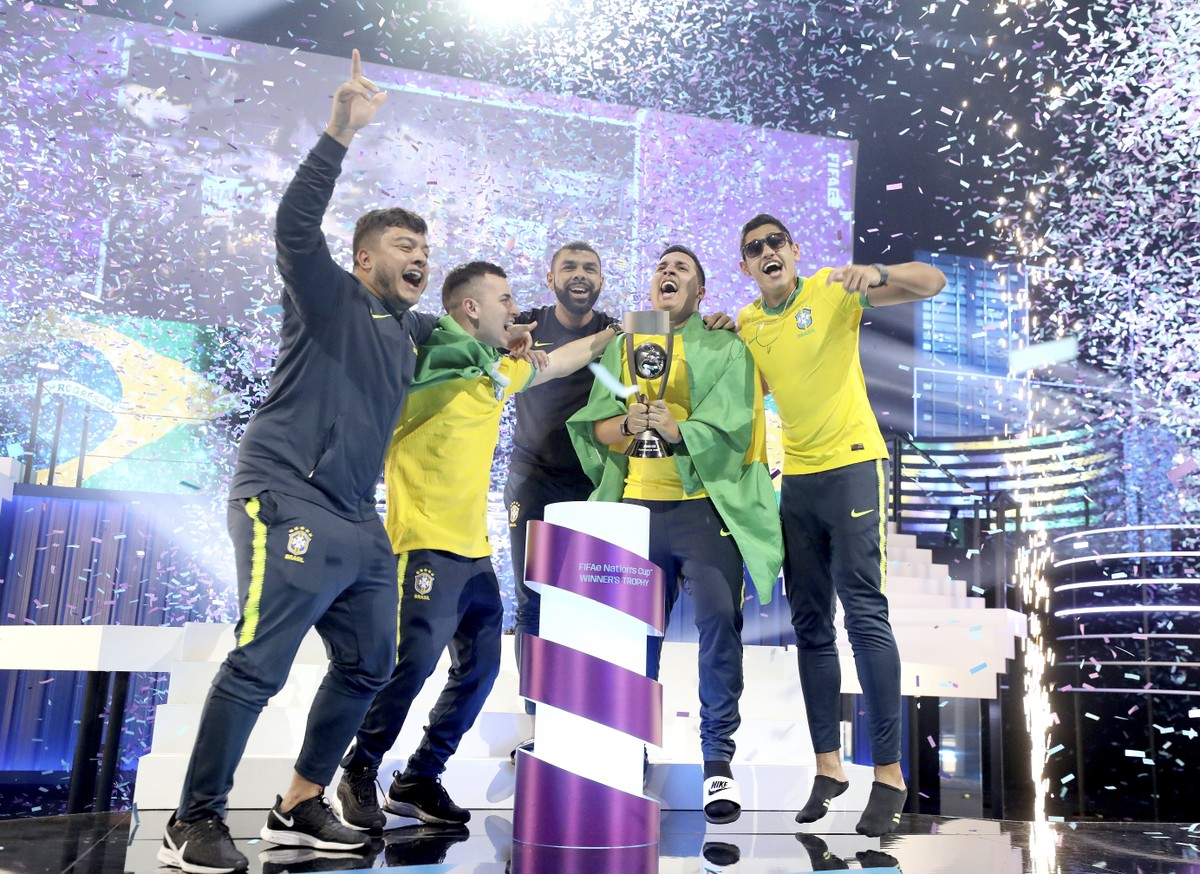 Three players and a coach of the most recent generations were responsible for giving Brazil the unprecedented world title of teams in the FIFAe Nations Cup 2022, the FIFA World Cup 22, last Saturday. They are the pro players Paulo Henrique “PHzin”, Gabriel Crepaldi and Klinger Castro and the coach Gabriel “Gabgol”. Each of them collect curiosities and facts that led them to the greatest achievement of their career, defending the Brazilian eSelection.

The carioca PHzin, from Nova Iguaçu, had a fast rise in his career. Given the talent he showed since before being able to participate in the official circuit, he was hired by the R10 Team, organization of Ronaldinho Gaúcho at the end of 2019, months after reaching 16 years of age. Currently 19, completed two days before the title in the World Cup, PHzin managed to establish himself as one of the greatest players in Brazil today. He dominated the FIFA 21 season to the point of being named the Best Virtual Football Player at the 2021 Brazil eSports Awards. In FIFA 22, he also won two editions of Qualify South America and was champion of the eLibertadores.

Klinger, a 22-year-old from São José dos Campos, also joined the R10 Team in 2019 and since the FIFA 21 season has been a contract with Netshoes Miners, when he was announced along with Wendell Lira. Offensive style earned him more success in FIFA 22, where he won an edition of Qualify South America. Even with the help of this title’s score, he got one of the direct spots to integrate the eSeleção for being one of the two best in the country in the ranking, alongside PHzin.

Klinger during a game at the FIFA World Cup 22 — Photo: Joosep Martinson/FIFA/Getty Images

Crepaldi won the international spotlight for his irreverent style, celebrating goals and victories with dancing, sunglasses and even a wig before lifting the trophy. However, the 19-year-old from São Paulo is another promise that quickly conquered his space on the scene. In FIFA 21, like PHzin, he had qualified for the individual World Cup (later canceled due to the Covid-19 pandemic). And he had the most fruitful season in FIFA 22: he was also a semi-finalist in the Club World Cup with his friend Felipe Barreto, making MGCF the first team in Brazil to reach this far in the team tournament.

The carioca Gabgol, from Netshoes Miners, was the players’ coach and was able to show how he is part of a wave of Brazilian coaches who are very active in advising and instructing athletes, both from a motivational and tactical point of view. He is even an active voice in the search for appreciation of the coach’s role in virtual football, often overlooked in the modality. He is still an English teacher, a Vasco fan and has the nickname in reference to Gabigol, a Flamengo striker.

Note: Champion of eLibertadores in 2021 and runner-up of the Club World Cup in 2020, Pedro Resende was the 4th member of the Brazilian eSelection, but he was out of the official lineup due to the limit of three players per country. Despite this, he was present in the competition, supporting his teammates from the technical area.

Previous Fortunately, the characters from this 70’s show are hardly on that 90’s show
Next AirDrop: the dangers of file-sharing pranks with strangers – News