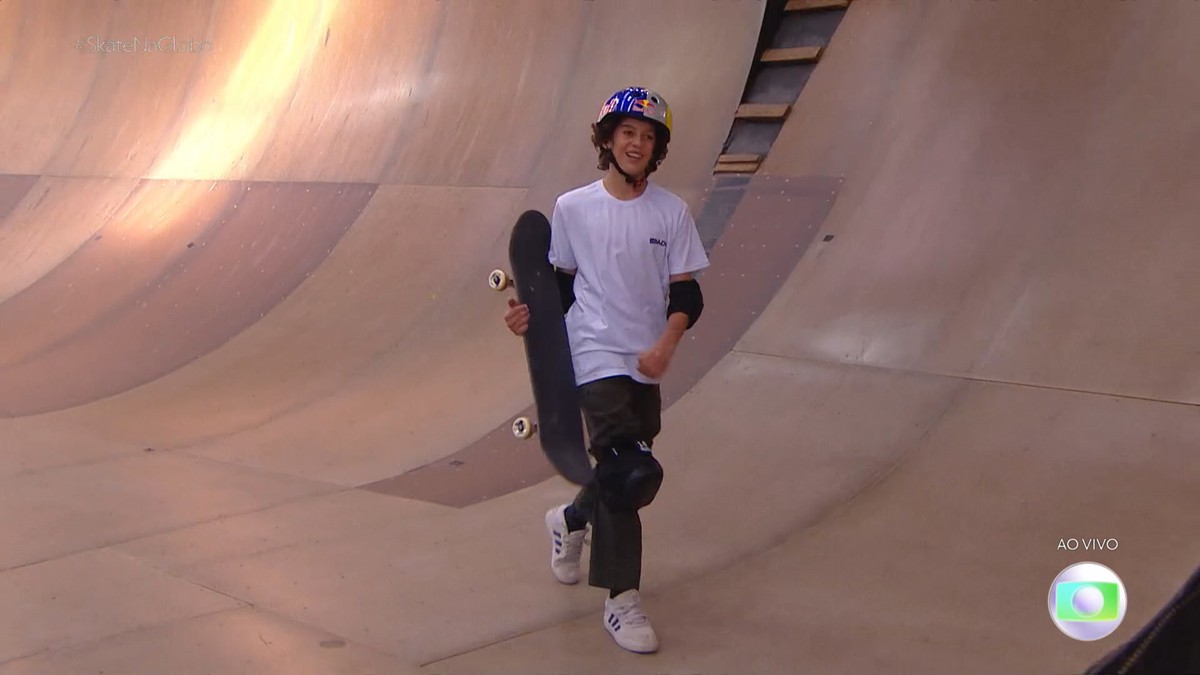 Gui Khury won the Vert Battle title this Sunday. At the age of 13, the skater won the title with a sensational first lap scoring 85.33 right away. Augusto Akio finished in second place and Pedro Barros completed the podium.

The next challenge will take place in three weeks, on August 21, on the ramp of Gui Khury’s own house, broadcast by TV Globo, within Esporte Espetacular.

The park’s silver medalist at the Olympics Pedro Barros started the competition with his foot in the door on the first round. Barros amended two 540ths in a row, one of them from stale fish, putting pressure on his opponents by scoring an average of 81.60 in the evaluation of the three judges. 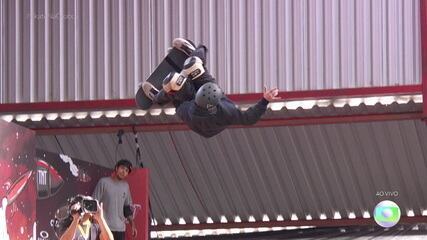 Pedro Barros scores 81.60 on the first lap of the STU Vert Battle final

But the young Gui Khury, 13 years old, responded with the right to a 720º within the lap, and climbed the bar with a score of 85.33, taking the lead in the dispute. And he wasn’t satisfied with the note. At the second opportunity, Khury completed a 900th and, even though he crashed mid-lap, he still received 74 from the judges. 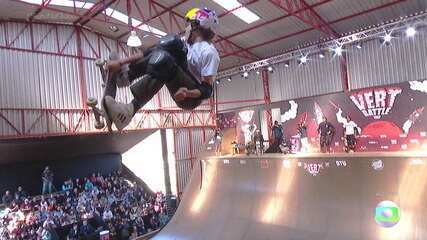 Gui Khury scores 85.33 in the first round of the STU Vert Battle final 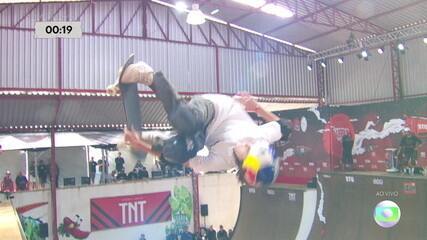 Gui Khury scores a 900 and takes a 74.93 in the second round of the STU Vert Battle final

The second lap was fruitful for Dan Cezar Pardinho. After falling in the first, he completed a great streak, received an 81.00 and moved up to third place, passing Augusto Akio, who also did not complete his series.

Gui saved the best for last. On the third and final attempt, the boy again hit the 900th, completing the maneuver he missed in the second series. The lap was not perfect because he crashed in the last maneuver, a 720. Even with the crash, he scored 83.17, the second best score of the competition. 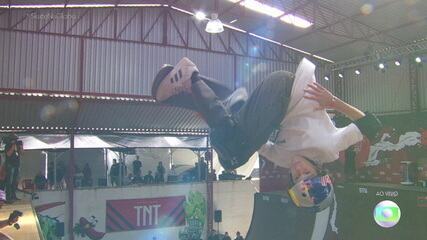 Gui Khury repeats 900 and does 83.17 in the third round of the STU Vert Battle final

At the end of the lights, Augusto Akio had a spectacular series, conquering a 83.17 and stealing the second place from Pedro Barros. The trophy went to Gui Khury, who was left in the competition. 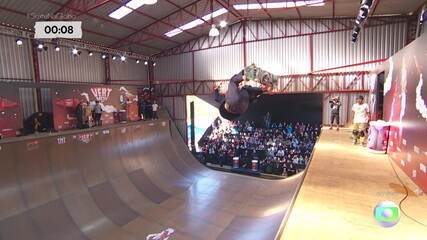 Augusto Akio scores 83.17 on the third lap and is second in the STU Vert Battle

Previous Brie Larson praises Iman Vellani after the premiere of the series “Ms. Marvel”
Next Alpha Capricornid meteor shower will peak in the early hours of Sunday (31) – News