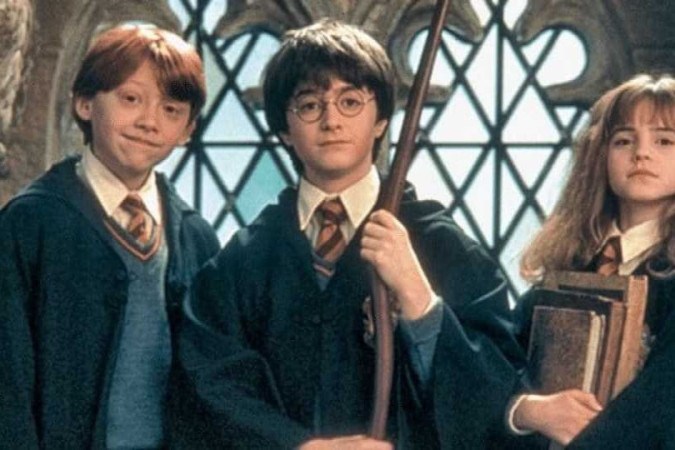 Today is the birthday of one of the most famous wizards in the world. Harry Potter turns 42 years old this Sunday (31/7). The son of wizards James and Lily Potter was born on July 31, 1980 at the hands of British author JK Rowling.

The adventures of the boy who saved the magical world from the forces of darkness and marked several generations had the first feature film of the saga shown in 2001, called Harry Potter and the Philosopher’s Stonethe production kick-started a fascinating saga of films, grossing astonishing amounts at the box office.

The success was so great that the following year, the saga won a new movie, this time, Harry Potter and the Chamber of Secrets, that traces the mystery of a deadly danger that haunts Hogwarts. In 2004, it was the turn to Harry Potter and the Prisoner of AzkabanHarry appears this time on screens no longer as a child, but as a teenager ready to face a prisoner who has escaped from Azkaban and is on the loose.

Harry Potter and the Goblet of Fire it was shown in 2005. The saga then narrated the sports competitions that moved the wizarding world. In 2007, Harry Potter and the Order of the Phoenix marked one of the most difficult years for Potter, who is in danger of being expelled from Hogwarts for using magic outside of school. Also, no one believes him when he says that Voldemort intends to return.

After many books and a memorable cinematographic trajectory, the fascinating world of the most famous wizard in the world has accumulated a list of curiosities about the creation of the character, the books and the movies. Check out some curious facts around Harry Potter:

2- The idea of ​​writing the Harry Potter series came while Rowling was waiting for a late train in Manchester on her way to London.

3- Rowling and the producers only looked for British actors for the characters, as a way of respecting every detail of the books.

4- The city of Edinburgh, Scotland, may seem familiar to fans of the saga, as many places served as inspiration for the film’s setting.

5- Richard Harris, the actor who played Dumbledore in the first two films, said he accepted the role only because his granddaughter promised never to speak to him again if he didn’t.

6-Alfonso Cuarón, the director of Harry Potter and the Prisoner of Azkaban, asked Daniel Radcliffe, Emma Watson and Rupert Grint to write about their characters from their point of view. They all responded the same way their characters would: Daniel (Harry) wrote one page, Emma (Hermione) wrote ten pages, and Rupert (Ron) delivered nothing. “I didn’t do mine, because I didn’t think Ron would.”

7- In Harry Potter and the Philosopher’s Stone, Harry, Hermione and Ron meet in the great Hogwarts dining room at the same time as their characters. It wasn’t a coincidence, but a real surprise for them.

8- The names of Hogwarts houses were invented in an unusual way. The author invented the house names by writing on the back of an airplane airsick bag.

9- The Dementors in Harry Potter are based on JK Rowling’s struggle with depression after the death of her mother.

*Intern under the supervision of Nahima Maciel

Harry Potter and the Chamber of Secrets
Photo: Publicity content