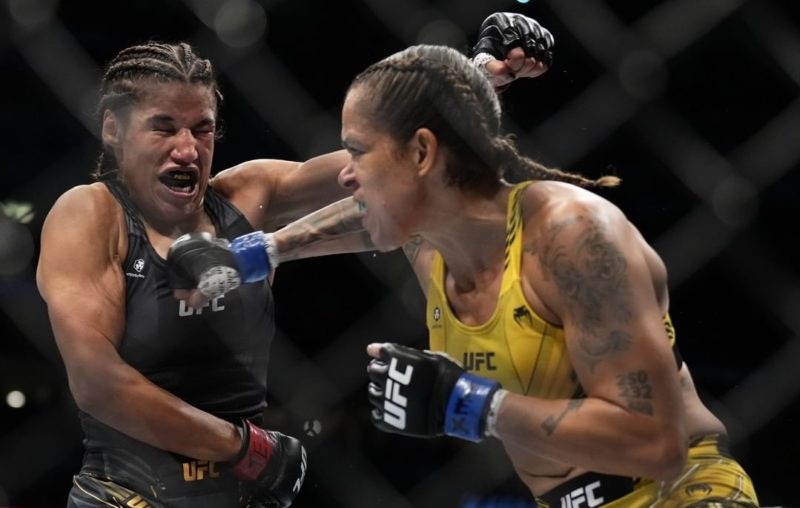 In an epic fight, Amanda Nunes beats Peña and regains the belt at UFC 277

The champion is back. protagonist of UFC 277held this Saturday (30), in Dallas (USA), Amanda Nunes went through one of the biggest challenges of his career. In historic rematch with Julianna Pena, responsible for the end of her reign at the end of 2021, the Brazilian had a convincing performance and went through a real battle against the Venezuelan. After five intense rounds, the Brazilian was declared the winner by unanimous decision of the judges and regained the bantamweight title (up to 61.2kg.). 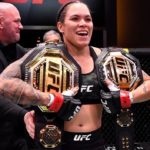 With the result, Amanda resumes the path of victories. The triumph of the Bahian also made the Brazilian regain the condition of double champion of the organization, and the tupiniquim also adds the featherweight belt (up to 65.7 kg.).

The confrontation started with Nunes taking the initiative with a kick to the opponent’s waistline. The Brazilian changed the base and tried to confuse the champion. With just over a minute, the Bahian launched a sequence of punches, but Julianna responded in kind. Near the middle of the round, Amanda landed a straight one in the opponent’s face, but the Venezuelan showed danger in the counterattacks. After three minutes, the Brazilian unbalanced the rival with a straight, but, quickly, the champion returned to the confrontation. Following, the Venezuelan returned to accuse an attack by the Brazilian, getting to her knees. The ‘Leonee’ kept her concentration and tried not to rush, even with the good moment. In the final seconds, Julianna attacked the Brazilian with a straight. Nunes looked for a takedown, but the champion defended well. As the gong sounded, the pojucana shook her opponent again, but there was no more time.

In the second round, the first attack was by Amanda, with a frontal kick, but the blow was defended by the Venezuelan. Still in the opening seconds, Nunes landed a clean cross on the champion’s face, who collapsed. Amanda allowed her rival to get up and tried to make the moment count. With little more than a minute, Peña went for the Brazilian, but ended up receiving a direct encounter, falling again. Again, the baiana let her opponent stand. In the middle of the stage, the athletes started to fight in the center of the octagon. Peña surprised the Brazilian with a straight shot, but Nunes remained focused. The duel remained tense, with the possibility of a knockout for both parties. Toward the final minute, a left jab by Nunes again knocked the champion down. Nunes maintained the strategy and allowed the opponent to stand. Close to the end of the stage, the Brazilian shook her opponent again, but Peña returned, shaking the pojucana. The gong sounded with the Brazilian pressing her opponent against the bars.

The third round started with Nunes taking the initiative with a straight shot, followed by a straight kick. After a minute, Peña went to the clinch, but Amanda quickly freed herself. Near the middle of the stage, the fighters started to strike freely. Amanda took advantage of an oversight by the champion and got a takedown. Underneath, Peña tried to stop the confrontation, while the Bahian tried to take a stance. Toward the final minute, the Bahian attacked with ground and pound, but the Venezuelan showed danger in defense and attempted a triangle choke. In the final seconds, Amanda reached the half-guard and the champion just defended. The stage ended with the Brazilian on top, but without much action.

In the fourth stage, Amanda got a takedown in the opening seconds. On top, the Brazilian scored, while the champion hugged the Brazilian and looked for a submission. Julianna threatened a shoulder blade, but Nunes remained alert. Almost in the middle of the round, Peña tried to surprise with an armbar, but Amanda defended herself. The Bahian managed to pass the guard, but the Venezuelan soon managed to restore the defensive position. After three minutes, the athletes were on their feet, but immediately, the Brazilian took down again. Even in a disadvantaged position, Peña showed a lot of danger from below. Nunes stood up and kicked the fallen Venezuelan’s base. In the final seconds, Amanda took the takedown again and stayed on top until the timer ran out.

The last round started with Nunes taking the initiative with a low kick. Early on, Amanda took her opponent to the ground. Peña risked a shoulder blade again and Amanda defended herself. The Brazilian risked a hand triangle, but the champion left the position and stood up. After almost two minutes, Nunes took down again and tried not to give space to the champion. With just over two minutes to go, Amanda worked at half guard. On top, Amanda attacked in the ground and pound, but the champion remained dangerous in the defense. In the final seconds, Amanda managed to reach the back and fit a rear naked choke. Peña resisted and managed to get out of position. For the remainder of the match, the Brazilian was on her feet, but there was no more time.

Light heavyweight (up to 93kg.): Magomed Ankalaev defeated Anthony Smith by TKO at 3m09s of R2

Welterweight (up to 77kg.): Michael Morales defeated Adam Fugitt by TKO (punches) at 1:09 of R3

Light heavyweight (up to 93kg.): Nicolae Negumereanu defeated Ihor Potieria by TKO (punches) at 3:33 of R2

Previous Democrata SL thrashes VEC and wins the title of Module II of the Mineiro Championship with 12 thousand fans at Arena do Jacar
Next China Is Ready to Defend Its Sovereignty, Air Force Spokesperson Says on Taiwan | World