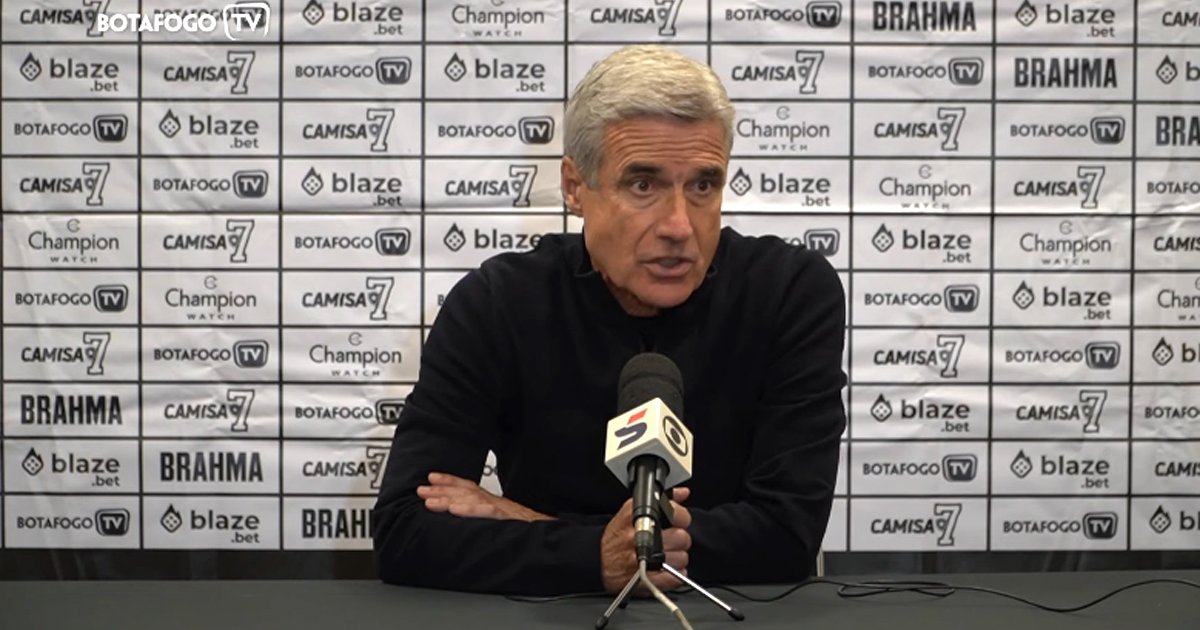 Luís Castro admits weakness on the left side of Botafogo after Marçal’s departure and sees balance against Corinthians: ‘Three shots on goal for each side’

The coach Luís Castro admitted that the left side of the Botafogo became more fragile after marçal asked to leave with pain in his right thigh at the beginning of the match against Corinthiansfor the input of Hugo. The alvinegro coach cited the communication that the experienced side has with the younger players as a preponderant factor.

– We lost two players before 15 minutes, one before the game (Eduardo) and another during the game. And we know that Marçal, through the way he communicates with Jeffinho and Mezenga, is fundamental, because they are two boys who have quality, but who need guidance. When Marçal leaves and Hugo enters, it is natural that the side becomes more fragile, not because of the way Hugo plays, but because of the way he communicates – highlighted Castro, in a press conference this Saturday (30/7), after the 1-0 defeat at Neo Química Arena.

Botafogo’s coach stated that his team played a balanced game, praised the Corinthians and explained what Glorioso lacked to create more in the first challenge in the return of the Brazilian.

– It wasn’t because of the problem of creating the midfield, it was in the line of our last men on top of their last line, we should have taken their line further back, played more in depth and less in approach. Then we played with four in front, we had to risk everything even though we knew that we would give Corinthians a lot of space to work – said Luís Castro, continuing:

– We knew that Corinthians would put a lot of pressure on us at the beginning and strategically we wanted to have more attack times, we opened the game with an opportunity with a cross from Marçal to Piazon, we created difficulties. Then they balanced, they were on top and then there was a moment where we were on top. Overall, there were three shots on goal on each side.

Previous Cast The Avengers if the MCU was made in the 80s » Movie News, Movie Reviews, Movie Trailers, TV News.
Next Here are the secrets to having skin like Jennifer Aniston