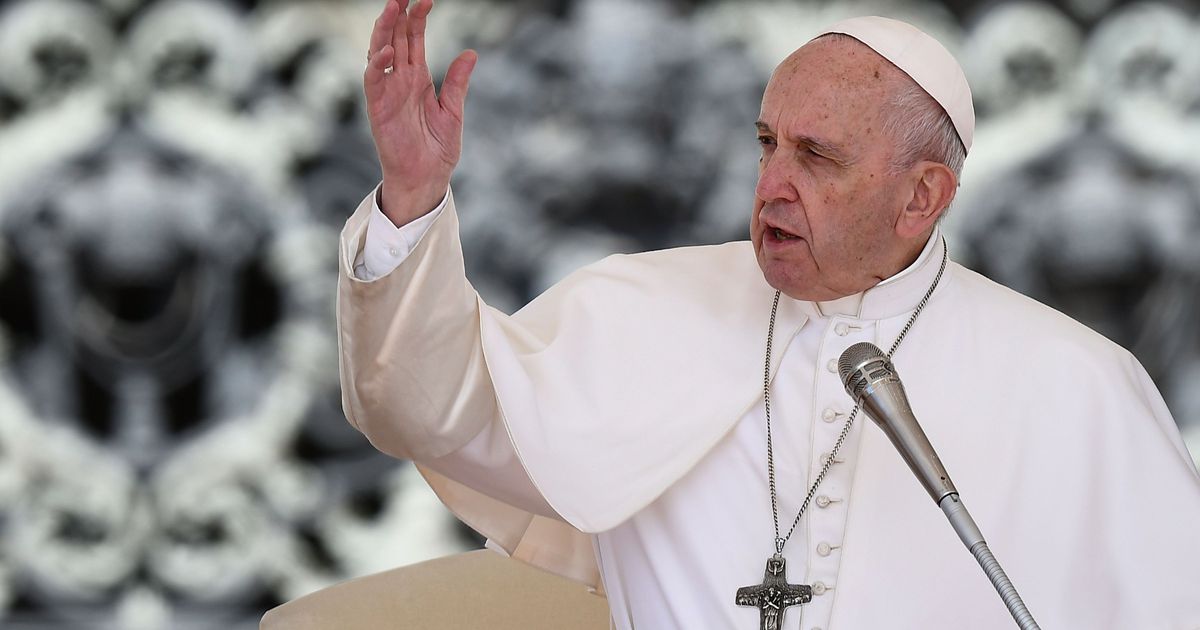 Pope Francis, 85, affected by severe knee pain that forces him to get around in a wheelchair, confided on his return from his trip to Canada that he should reduce the pace of his travels, even mentioning the possibility of “putting himself beside”.

“I don’t believe I can maintain the same pace of travel as before. I believe that at my age, and with these limits, I must save myself in order to serve the Church, or on the contrary, think about the possibility of putting myself aside”, declared the pontiff during a press conference on the plane that brought him back to the Vatican. on the night of Friday the 29th to Saturday the 30th.

During the six-day visit, his 37th international trip since his election in 2013, the pope was mostly in a wheelchair and appeared to be debilitated. Even so, he greeted the crowd aboard the “popemobile”.

“This trip was a kind of test: it is true that we cannot travel in this state, maybe we have to change the style a little”, he admitted, while confiding that “I would try to continue traveling, to be close to people, because it is a way of serving, of proximity”.

“In all honesty, it’s not a catastrophe. We can change the pope. It’s not a problem. But I think I have to limit myself a little, with these efforts”, added the sovereign pontiff.

Since early May, the Argentine Jesuit has been using a wheelchair or a cane, weakened by pain in his right knee. To alleviate the suffering, he regularly receives injections and undergoes physical therapy sessions, according to the Vatican.

Jorge Bergoglio, however, ruled out the possibility of surgery, due to the “sequels” of the anesthesia suffered in July 2021 during his colon operation.

Francis’ health – who had part of a lung removed in his youth and suffers from chronic sciatica – had previously fueled speculation during his colon operation in July 2021.

On a possible resignation, like his predecessor Benedict 16, the pope repeated this Saturday that the door is “open”.

“But to this day I haven’t pushed that door. As they say, I didn’t feel it, to think about that possibility. But that doesn’t mean the day after tomorrow I won’t start thinking.”

In 2014, Francis himself contributed to the possibility of a possible resignation, considering that Benedict XVI “opened a door” by resigning from his post. But he denied rumors in early July that he might step down from his post because of his health problems.

Three events, however, fuel doubts, including the holding on August 27 of a consistory for the appointment of about twenty new cardinals – among them future electors in the event of a conclave, a very unusual time for that.

In the process, the pope will gather in Rome cardinals from around the world and travel to L’Aquila (Abruzzo), to the tomb of Celestine 5, the first pope to resign, in the 13th century.

This unprecedented conjunction intrigues the Italian and international press, which sees it as an opportunity for the pope to announce his decision to the world.

The Argentine pontiff also renewed his desire to go to Kiev, without further details, and confirmed the plan for a trip to Kazakhstan in September to attend a summit of religious leaders.

He also indicated that he would visit South Sudan “before” going to the Democratic Republic of Congo (DRC), when he was due to visit both countries in early July on the same trip, postponed indefinitely due to his health condition. | AFP