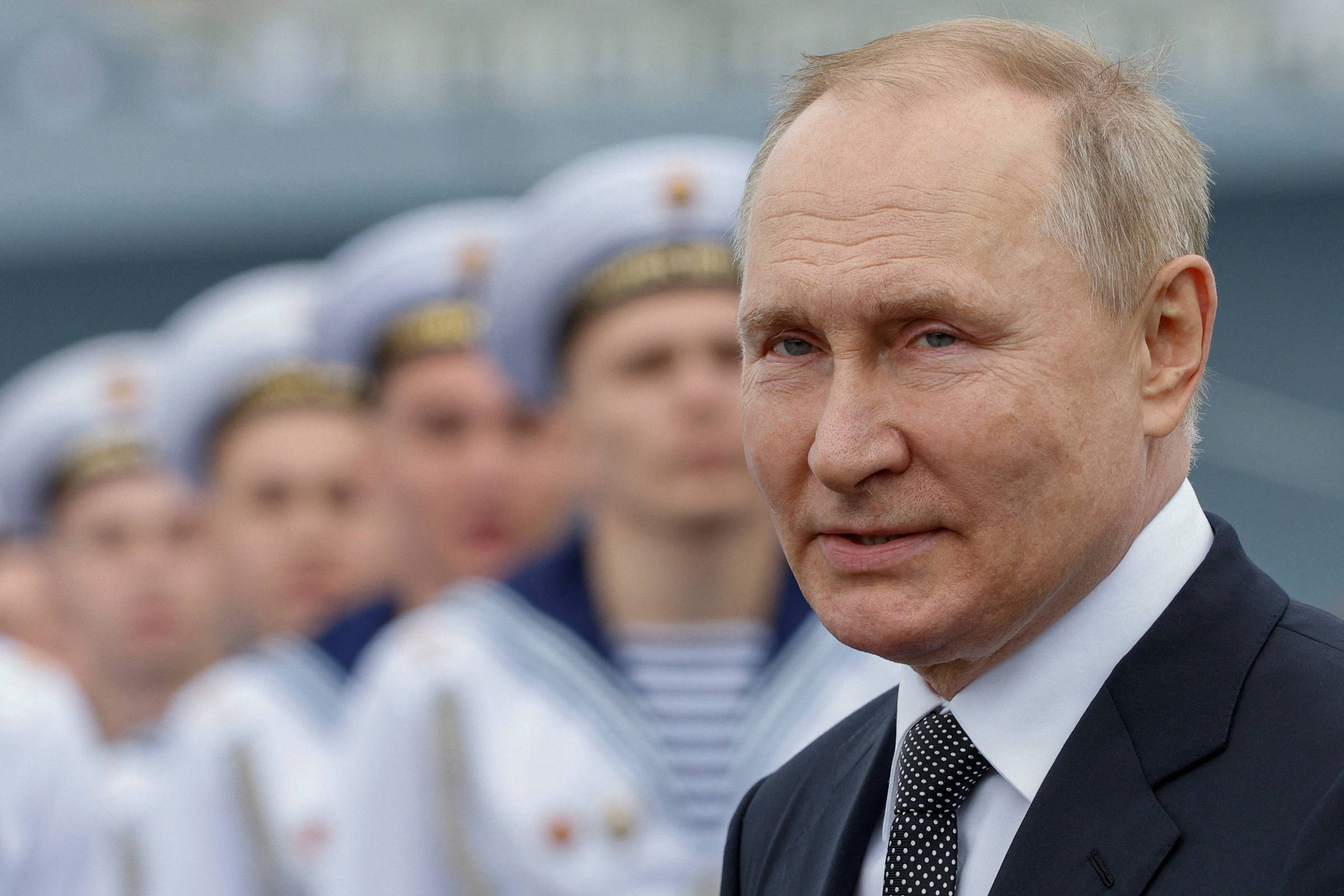 Russian President Vladimir Putin on Sunday signed a new naval doctrine that places the United States as the country’s main rival and establishes the Kremlin’s global maritime ambitions for crucial areas such as the Arctic and the Black Sea.

He even promised new “unique Zircon hypersonic cruise missiles” and claimed that his country has enough military power to defeat any potential aggressors.

The new naval doctrine signed by Putin is 55 pages long and sets out the Russian Navy’s strategic goals, including ambitions to be a “great maritime power” that spans the entire world.

The main threat to Russia, the doctrine says, is “the US strategic policy of dominating the world’s oceans” and the movement of the Western military alliance NATO closer to its country’s borders.

The document also defines the Arctic Ocean, which the United States has repeatedly said Russia is trying to militarise, as an area of ​​particular importance to Moscow.

According to the doctrine, Russia can use military force in a manner appropriate to the situation of the world’s oceans if other resources, such as diplomatic and economic tools, are depleted.

Putin did not mention the conflict in Ukraine during his speech, but military doctrine calls for a “comprehensive strengthening of Russia’s geopolitical position” in the Black and Azov seas.

Russia’s vast 37,650 kilometer coastline, which stretches from the Sea of ​​Japan to the White Sea, also includes the Black Sea and the Caspian.

Putin said delivery of new Zircon hypersonic cruise missiles to the frigate Admiral Gorshkov would begin within months and that they would be deployed to a location dependent on Russian interests.

“The main thing here is the capability of the Russian Navy. It is capable of responding with lightning speed to anyone who decides to infringe on our sovereignty and our freedom.”

​Hypersonic weapons can travel at nine times the speed of sound, and Russia carried out previous tests of the Zircon of warships and submarines last year.

Previous Robotic hand can lift a thousand times its own weight; see the video
Next David Schwimmer, aka Ross, ‘hated’ Marcel the monkey in real life