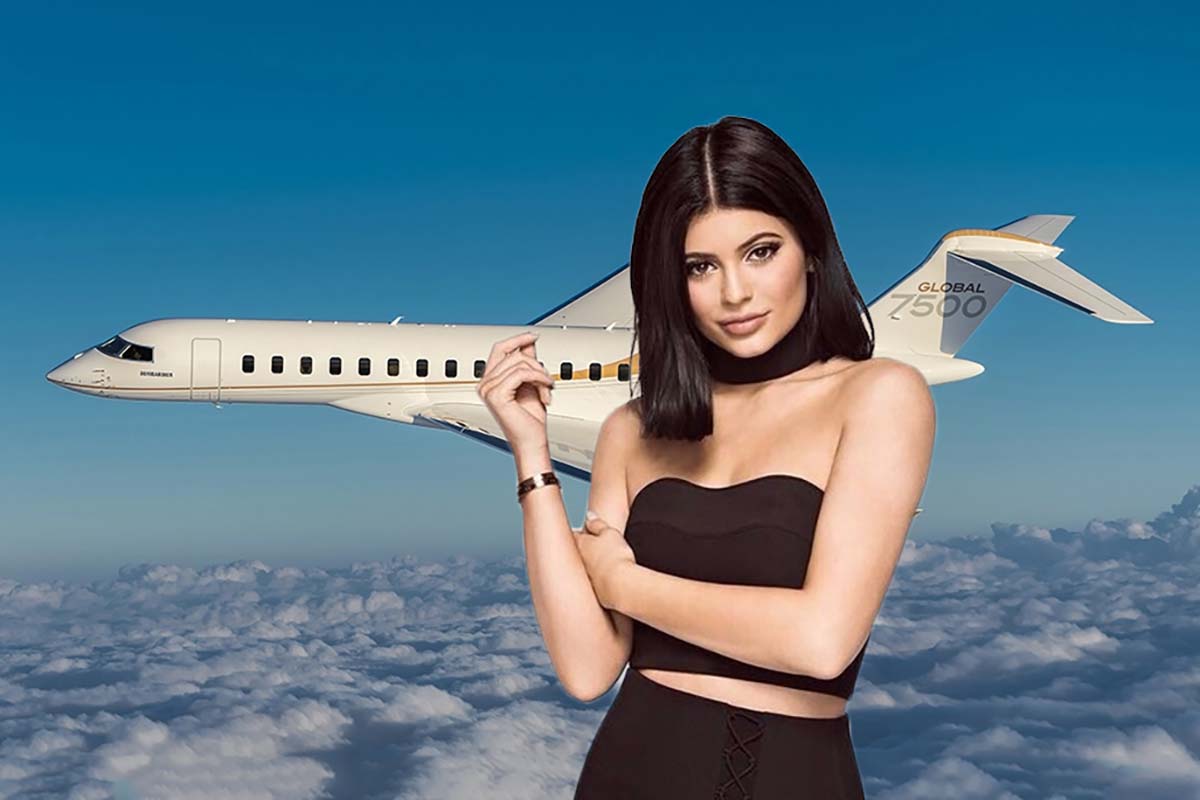 A young businesswoman, owner of a cosmetics brand, was one of the most talked about topics in the United States recently, after she shared a personal dilemma on social media. In the post, Kylie Jenner jokes about the doubt of traveling with her own private jet or if she would use her boyfriend’s, the rapper Travis Scott.

Jenner, 25, owns a Bombardier Global 7500, while Scott owns an Embraer Lineage 1000, a variant of the E-190 aimed at the private market. Despite the evident ostentation, which raised questions in the Internet was the use of aircraft for very short trips, since the The businesswoman admitted that she prefers to use planes or helicopters to escape the traffic of Los Angeles, where she lives.

By using aircraft on short flights, as if it were a car, it came to be questioned by environmentalists and ordinary internet users for its “disrespect for the planet” and for being a “full-time climate criminal”, as per some comments.

The rich daily flights usually last less than 10 minutes and are made several times a day, depending on the need. On the day of posting, the event lasted exactly 17 minutes. By the way, she chose to use her own aircraft.

According to the British newspaper The Guardian, it is estimated that the tour that day would have resulted in more than a ton of carbon dioxide emissions. While not a huge amount by aviation standards, it’s about a quarter of the average person’s total carbon footprint globally in an entire year. The journey would take around 40 minutes in a car, causing only a fraction of the emissions.

Jenner is far from the only celebrity to make short jumps using private aircraft instead of driving or using public transport.

In the month of June alone, rapper Drake, for example, took an 18-minute flight from Hamilton, Ontario, to Toronto, a distance of less than 70 km. Country music singer Kenny Chesney was on the air for just 20 minutes between Akron, Ohio, and Pittsburgh, and actor Mark Wahlberg took a 23-minute flight from Dublin to County Clare, among other trips with distances of less than 100km. .

Previous In an epic fight, Amanda Nunes beats Julianna Peña with a convincing performance and regains the belt at UFC 277
Next Actress Keke Palmer rebels at comparisons to Zendaya and speaks of colorism: ‘I am an incomparable talent’ – Monet