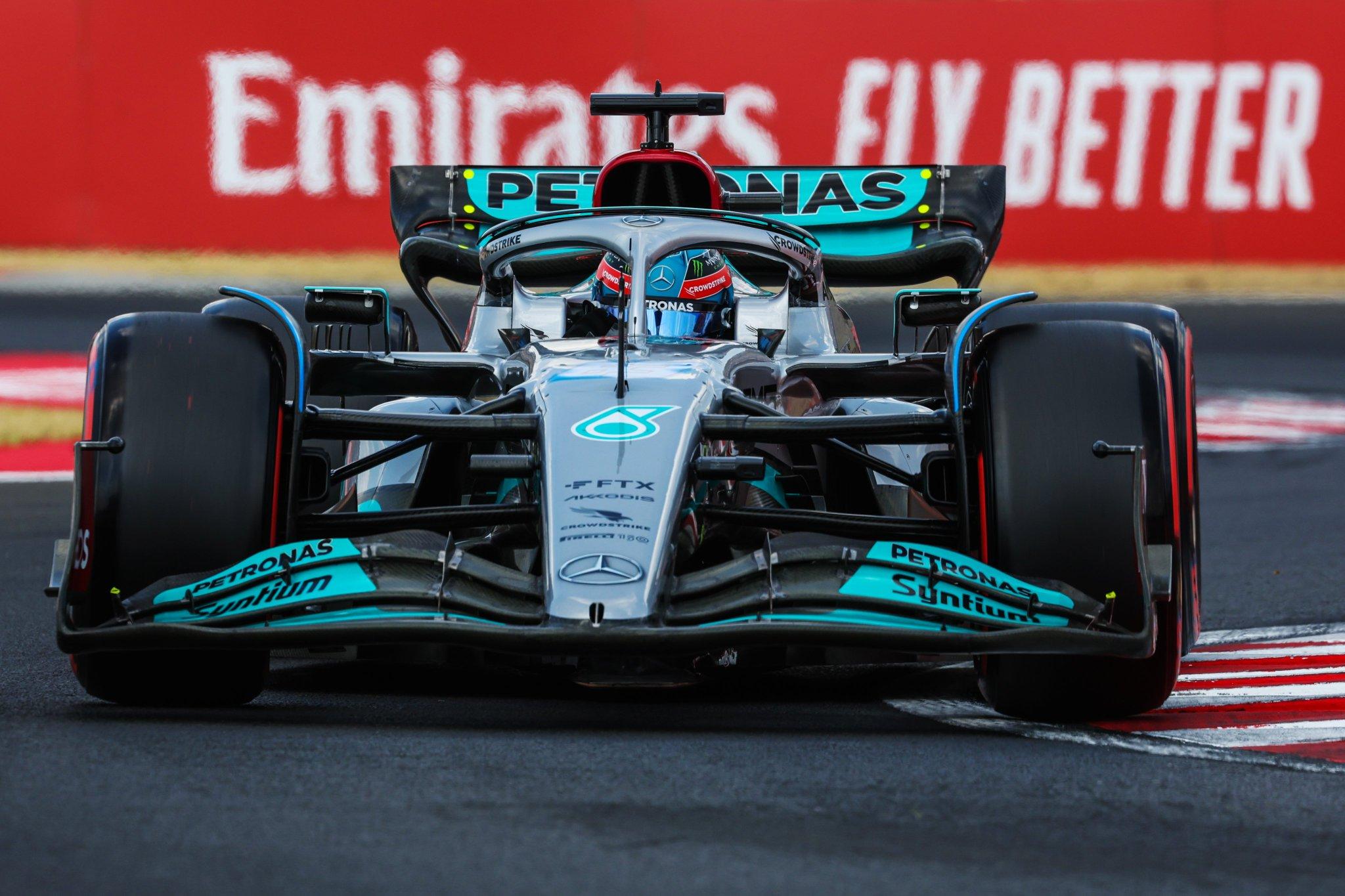 The Hungarian GP had a surprising classification this Saturday (30): the pole position won by George Russell. The pilot flew in a session marked by the chances of rain, beat Carlos Sainz and will start from the position of honor. Mercedes’ first time on pole in 2022, first time in Russell’s career.

Behind him appeared the Ferrari duo: Carlos Sainz and Charles Leclerc. Lando Norris managed to put McLaren in fourth place, while Esteban Ocon reached fifth with Alpine, ahead of his teammate Fernando Alonso. Lewis Hamilton appears in sixth.

With Valtteri Bottas in eighth, Daniel Ricciardo went to Q3 and will start from ninth position. Who closed the top-10 was Max Verstappen, who had problems and couldn’t fit a good lap in the last part of the classification.

O BIG PRIZE accompanies all the activities of Formula 1 LIVE and IN REAL TIME. On Sunday, the start is scheduled for 10 am (Brasília, GMT -3).

Check out everything that was said by the drivers after qualifying in Hungary:

George Russell, first: Russell says he is “over the moon” after winning pole in Hungary: “Very special day”

Charles Leclerc, third: Leclerc reveals Ferrari’s tire problem in Hungary, but guarantees: “We have the rhythm”

Esteban Ocon, fifth: Ocon celebrates fifth place on the grid and says “everything is open” for Hungarian GP

Valtteri Bottas, eighth: “It’s positive to be back in Q3. It’s been a while since we’ve been [no Q3] and it’s good to be where we feel we belong. We were closer to Alpine than we thought, which is positive, and it looks like we’ve made some progress since the last race. In terms of race pace, I don’t think there’s really a big difference between the teams in the midfield, which should make for a good battle tomorrow. Still, this is a difficult track to overtake, so it’s good to start from the top ten and be able to fight for the points right from the start. Tomorrow will be all about getting off to a good start and choosing the right strategy.”

Daniel Ricciardo, ninth: “I think we were pretty quick this weekend, and that was confirmed by putting both cars in Q3. I was slower in Q3 so I’m not happy about that. Honestly, I felt a little better in Q1 than I did at the end of the session. I got a little behind on that last lap. I knew the lap wasn’t great, so I knew we weren’t going to be so high in the top ten. Let’s analyze this overnight and then focus on the race. Our pace on Friday looked encouraging so we’ll see what we can do, we’ll push ourselves tomorrow.”

Max Verstappen, tenth: Verstappen believes he had “no big problem” in the RB18, but sees a “lamentable” day

Guanyu Zhou, 12th: “I am very happy with today’s qualifying, especially given the difficult conditions we faced this morning. We’re finally back in Q2 with both cars, and it’s been very intense as I was once again so close to the cars in the midfield. I was quite impressed with our pace today as it seemed to be back to our level after some rough weekends. Q3 wasn’t too far out of my reach, but I encountered traffic on my fast lap and the tires weren’t ready, but I still had a good lap at the end and I’m happy with that. It looks like tomorrow won’t be hotter than today, so hopefully that puts us in a good position for the race to try and fight for positions and bring some points home.”

Kevin Magnussen, 13th: “You always want to go to Q3, but it really wasn’t one of our best rankings, it really feels like we’re less competitive here in Hungary. We have a lot of work ahead, maybe it will take us a while to understand how to extract everything from the car. I think we can fight for points starting from 13th. Our race pace seems ok, the car did well in FP2 on full tank, better than on empty tank. Let’s have fun tomorrow and take whatever we get.”

Lance Stroll, 14th: “Ranking me 14th was not what I really wanted today. Yesterday we looked more competitive, but the conditions were very different today and we struggled for grip. We will have to analyze the data to analyze why things happened the way they did today. We had a better performance on race day, but it’s difficult to overtake here. So it will be difficult to make progress in the race, but there could be some interesting weather tomorrow that could be in our favor.”

Mick Schumacher, 15th: “It was a harder day than I was expecting. The sequence of turns was chaotic, but we tried something. Even with the update we brought, the distance was greater than we would have liked for others. Our car is not bad, we can still move forward, but the question is: how much? Without a safety car it may be difficult to overtake tomorrow, but we will try.”

Yuki Tsunoda, 16th: “It has been a difficult weekend so far, we are fighting for grip so overall the car has been very difficult to drive. We knew it wouldn’t be an easy day, but we didn’t expect it to be as difficult as it has been. We thought maybe we could make it to Q2, but that was even harder than we thought. We still have one more day to go so we have to try to fight back, it’s not easy to overtake here, but I’ll do my best to try to end this first half of the season on a more positive note.”

Alexander Albon, 17th: “I was very happy with my qualifying lap. It was difficult to go from wet FP3 to a dry classification, the wind changed and we were losing some downforce. We’re very fast on the straights, but that’s not the most useful thing on this track.

Pierre Gasly, 19th: “On the one hand it is extremely frustrating not to be a part of Q2, but on the other hand we have taken a small step forward since Friday. We managed to put in a good lap and we were in P13, ready to go into Q2, but unfortunately we had our lap time excluded. It felt like we weren’t too far behind the times of the cars in the top 10, so we’ll try to play during the race. There’s definitely potential, it’s up to us to take the right step to try to get the pace we need for tomorrow.”

Nicholas Latifi, 20th: “I was on the verge of Q2, but I missed the last corner very badly. It’s frustrating to make a mistake in the final corner. I was surprised to learn that it had a purple sector. However, we are still losing downforce with updates, so we know where we need to improve. It is difficult to overtake here, but we will try to capitalize on any opportunities that may arise in tomorrow’s race.”