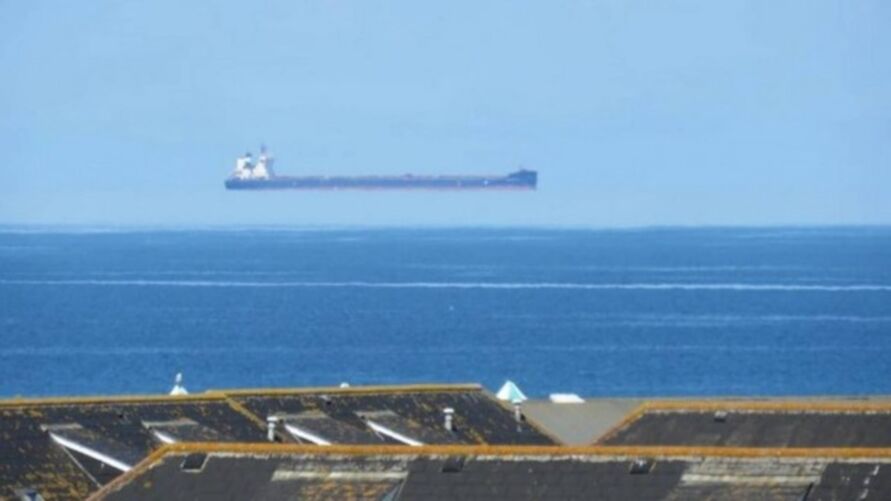 Spell? Drink? Magic? Ship is spotted “floating” in the sky

Optical phenomena are fascinating, as they are able to change the understanding of the images formed in the human eyes and leave many people intrigued.

This week, the image of a ship floating in the sky caught the eye and confused many people in Cornwall, UK.

Reports realize that everything happened last Thursday (28), when people who were on the coast of Cornwall caught the unusual scene.

But calm down, it’s not a trick done by local sorcerers. It’s all just a rare optical illusion, called “fata morgana” (name originating from a witch reported in the story of King Arthur).

In calm weather, the regular separation between warm and cold air near the Earth’s surface can act as a refracting lens, producing an inverted image, over which the distant image appears to float and causing you to see “ghost ships”.

Last year, images of a boat “floating” in Scotland went around the world and made many people wonder what they were really seeing.

Previous OPPO in Brazil: ‘We will have to be careful in the operation’, says company head – Link
Next Paul Dano is set to return in The Batman 2

Money doesn’t bring happiness, but working on something that pleases us and gives us a …