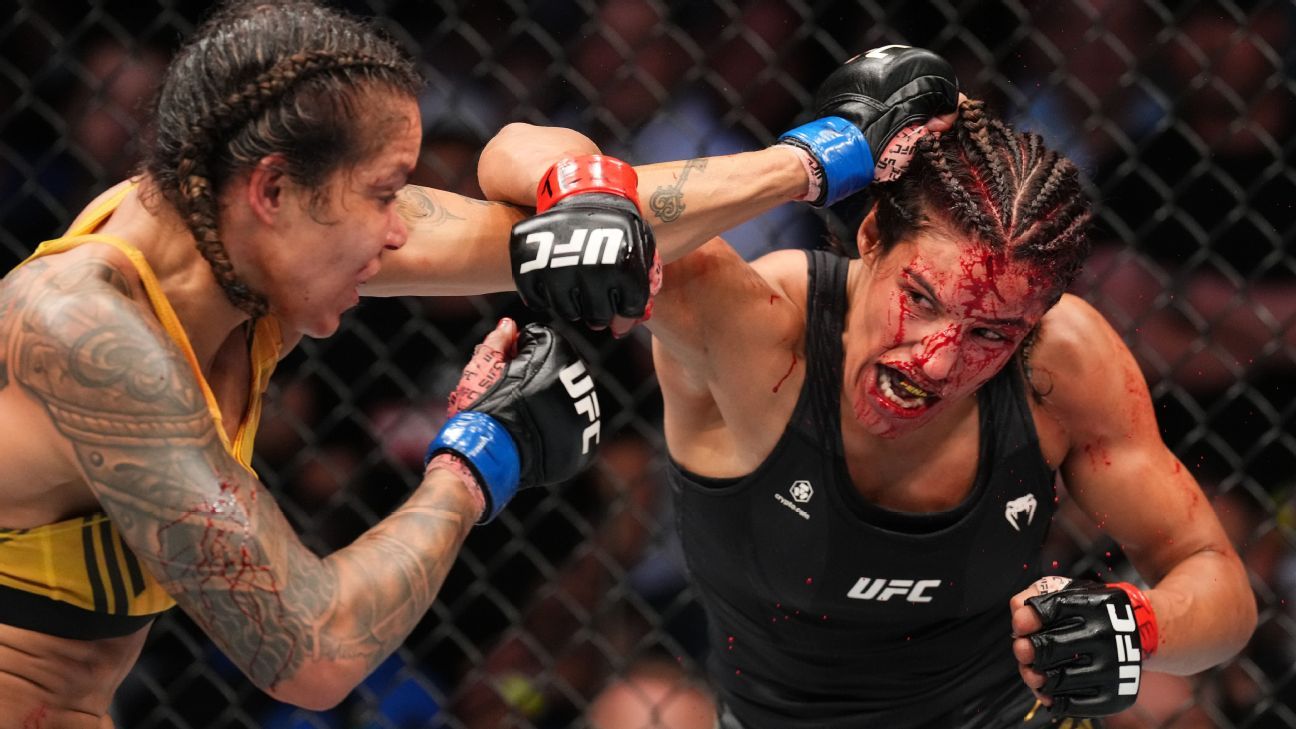 The Lioness is back! Amanda Nunes leaves Julianna Peña dripping blood, takes revenge and takes back the belt to be double champion

The Lioness is back! This Saturday (30th), Amanda Nunes took no notice of Julianna Peña, ran over the Venezuelan and took back her bantamweight belt to become double champion of the UFC.

In the main event of UFC 277, Amanda won by unanimous decision (50-45, 50-44, 50-43) after leaving Peña “dripping blood”. The first round was even, with the Brazilian finishing better. The second round, however, was a Lioness ride. Amanda connected a lot more punches and got 3 knockdowns in just 5 minutesleaving Peña lost.

From the 3rd round onwards, Amanda felt tired and started to take the fight to the ground. Despite having maintained the dominance, the Brazilian had some scares, especially in the 4th round when the Venezuelan almost got an armbar, but Amanda escaped well.

In the 5th round, Amanda took control of the actions again completely and continued destroying Peña’s face until the gong sounds and guaranteeing the recovery of the title..

Previous Who can be part of the next Avengers team?
Next Snoop Dogg’s New Movie Finally Makes Up For His Failed True Blood Dream