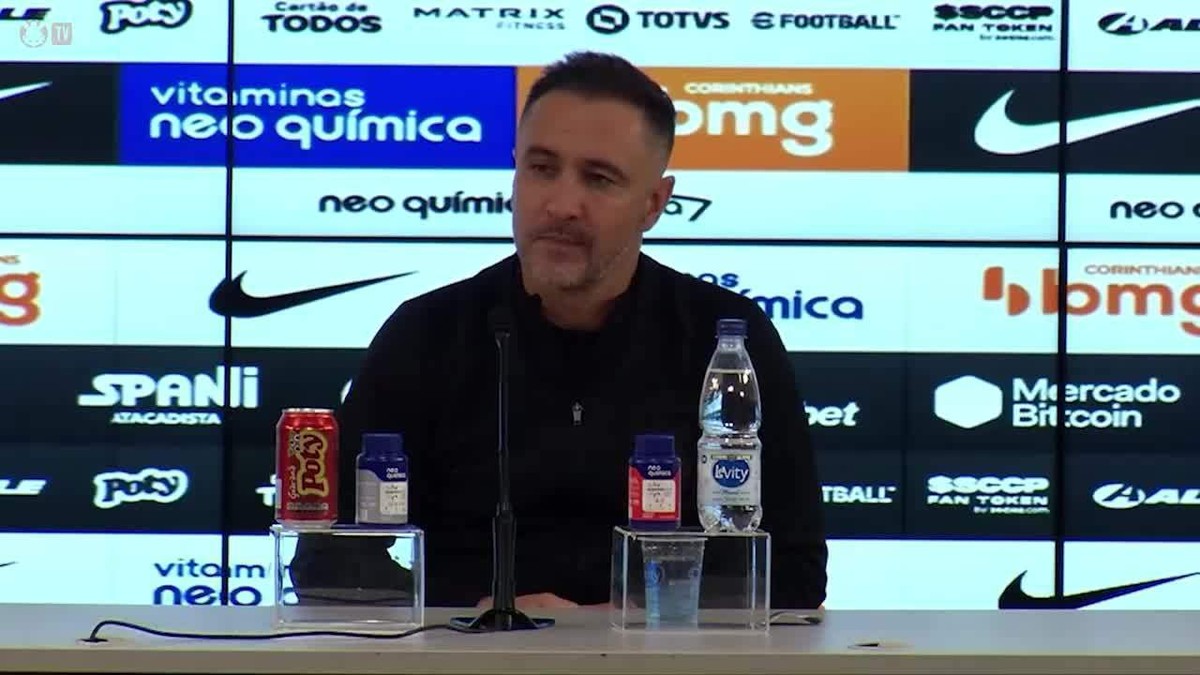 Vítor Pereira praises performance and values ​​Corinthians’ reaction: “We had to give an answer” | Corinthians

It was another Vítor Pereira three days after Corinthians lost 2-0 to Atlético-GO, in the first duel of the quarterfinals of the Copa do Brasil. On Saturday night, the coach looked much more satisfied at the press conference he gave after the 1-0 victory against Botafogo, at Neo Química Arena, at the opening of the Brazilian Championship return.

– Neither I nor they (players) were satisfied with the result and with the game we played in the Copa do Brasil. We had to give an answer, get back to our level, and we gave an answer against a good team, in a well-played game. A game with rhythm, good game to watch. We won fairly, we could have a more relaxed game, we had a chance to make it second or third, it didn’t happen. And in the end they grew there in the last five minutes and created a situation that could have cost two points. It didn’t happen, we have Cássio in the goal. I think we deserved to win. 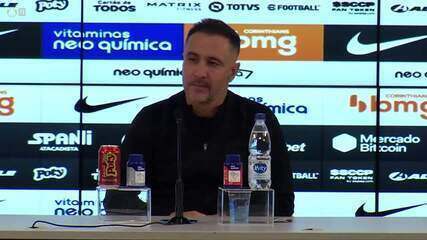 The coach praised the participation of some players in the match, such as Argentine midfielder Fausto Vera. The midfielder left the game with four shots in his debut as a starter.

– Fausto, in terms of training, did one with his teammates, another one is coming and he has to connect with the others in the game. And the game was conveying confidence. He has the arrival in the area, kicks from outside, the quality to create, and he gained that over the course of the game. It wasn’t anything special he said (at half-time), it was just an occasional tactical adjustment, but more defensive than offensive. And it was the confidence to appear in the area – he said, about the athlete’s growth after the break.

The coach began designing the match against Flamengo, on Tuesday, at Neo Química Arena, for the quarterfinals of Libertadores. He said he doesn’t have the injured defender Raul Gustavo, and that he won’t have Renato Augusto either.

– I think I already explained it, Bruno Mazziotti already explained it publicly. He (Renato Augusto) is doing much better, but he hasn’t done any training with the team yet. He’s in the final part of that transition to be integrated with the team. That’s why he hasn’t been in that game yet. It was a very annoying injury, difficult to recover from. There were 12 games, but here it doesn’t take that long to be 12 games. We hope he can recover.

The coach promised that his team will maintain the characteristics in the match against Flamengo:

– Against Flamengo, we have to have our best level. It will not be a speculative game, we will attack with our weapons and defend well. To be balanced in the tie – he projected. 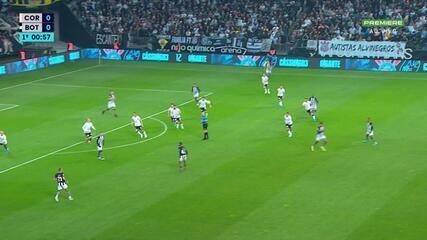 Best moments: Corinthians 1 x 0 Botafogo, for the 20th round of the Brasileirão 2022

– Willian has had one or another problem, this one in the shoulder is disabling, it persists, the pain continues, he has less pain, but it is a pain that limits him and prevents him from making some movements. And I believe it affects performance. He’s an unbalancer, he can unbalance a game at any time, he doesn’t have a great record of goals in his career, it’s more about watching, creating for others, very marked on top, who suffers many fouls, many hits, this has limited these problems. At the moment, who comes from a prolonged injury, it is natural that now, without being able to train, the games that give the rhythm. To him and to those who were away and are regaining the rhythm in the games. We practically practice between games. It’s the game that gives them the best condition. With William, that’s what’s happening.

– We will have to find the best pair according to the opponent. Raul is out, he felt something, nothing special, but he is handed over to the medical department. We had Gil, who played the last game, who joined this squad management, we spent three days, traveled at night, arrived at four in the morning, the way we recovered did not allow us to play with that intensity. Regarding the defense, Balbuena and Bruno played very well, a very consistent game, like the team in general. And we’re finding the best pair capable of responding to the opponent’s characteristics.

– With this window, we have to understand how the cast will look. We are going to have a conversation with the club’s management to define which squad we will have, at this point it is premature to use Vital without knowing if he will stay or if he will leave. I’m in the phase of evaluating the qualities of Vital and Ramiro, but they are quality players. Léo Natel too, but he’s hurt his knee. They are players with the spirit that I like, but the time has not come to make decisions. 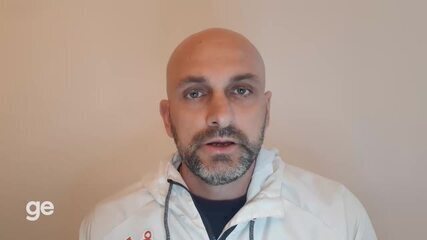 “Victory to feel that this team can react”, vibrates Careca Bertaglia | The Voice of the Crowd