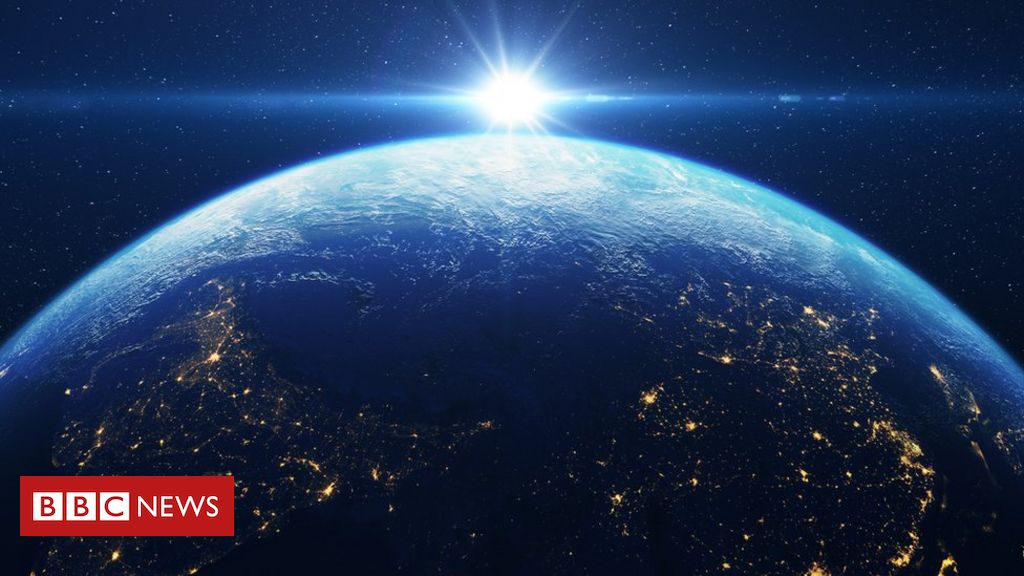 What is the Gaia hypothesis, which argues that the Earth ‘is alive’

It has been considered for more than four decades one of the most beautiful (and criticized) theories of ecology.

In the 1970s, James Lovelock, a British biologist, proposed a hypothesis that caused scandal, admiration and suspicion in equal proportions.

He said the Earth was alive.

Lovelock, who worked at the time for NASA (US space agency) and was considered a respectable scientist, was not based on animistic beliefs.

And although he called it the Gaia hypothesis, referring to the primordial goddess of Greek mythology, he based his ideas on scientific paradigms.

With his research, he envisioned a system that reflected the balance (and the relationship) between living beings and the rest of the planet.

The hypothesis, which later studies turned into theory, became popular in universities around the world and was central to understanding the human impact on climate.

And although it was questioned to exhaustion, it also established its main theorist. He died on July 26, the same day he turned 103.

Considered one of the most important biologists of the 20th century in the United Kingdom, Lovelock also made a special contribution for his discovery that it was possible to measure the atmospheric concentration of chlorofluorocarbons, the compounds that were used to cool refrigerators and air conditioning.

This led to the discovery of the hole in the ozone layer and the banning of chlorofluorocarbons in 1987.

He also created a device still used to measure the spread of toxic compounds created by humans in nature, which cemented his theories about human action on the planet.

However, what made him best known internationally was his hypothesis that began to see life on Earth as a system in which every living being had a role: Gaia.

From astronomy to ecology

Lovelock based his initial hypothesis on his scientific observation of the atmosphere of Earth and Mars.

At that time, in the 1960s, he was working on NASA’s space exploration team at the Jet Propulsion Laboratory in Pasadena, California.

As an expert on the chemical composition of planets, Lovelock wondered why our atmosphere was so stable.

He considered that, unlike Mars, something must be regulating heat, oxygen, nitrogen and other essential components.

“Surface life is what must be doing the regulation,” he wrote with American microbiologist Lynn Margulis, who co-authored his study on Gaia.

Lovelock and Margulis assessed that organisms and their inorganic environment on Earth were tightly integrated to form a complex, unique, and self-regulating system.

This, in turn, was what maintained the conditions for the development of life.

“The climate and chemical composition of the Earth’s surface environment are and have been regulated in a stable state for the biota (the set of living organisms),” the research read.

Lovelock worked on his initial hypothesis for years and soon retrieved models and data from other sciences to try to create a theory.

That’s how he developed the model called “Daisyworld” (about how daisies grow in an imaginary world), which served to illustrate how Gaia can work.

According to the theory, on an imaginary planet, similar in many ways to Earth, only daisies grow, with an abundance of nutrients and water.

But white and black daisies compete for space.

Although both types of daisies grow best at the same temperature, black daisies absorb more heat than white ones. When the sun shines brighter, warming the planet, the white daisies spread out, and the planet cools down again.

Meanwhile, when the sun’s luminosity decreases, the daisies stretch, warming the planet.

In this way, the competitive interactions between daisies provide a homeostatic mechanism for the planet as a whole.

in your book The future of the world climateMartin Rice and Ann Henderson-Sellers explain that this model offered an initial “mathematical framework” for understanding the self-regulation of life on Earth and that it made Gaia “the most ambitious ecological theory based on self-organization”.

The theory’s fame meant that, less than a decade after it was exposed, scientists from around the world gathered at the University of Massachusetts for the First Conference on the Gaia Hypothesis, whose theme was: “Is the Earth a living organism?”

The hypothesis, however, did not receive a universal seal in the scientific universe.

Many researchers questioned it, causing Lovelock to develop new experiments and modifications to the theory over the years.

Major critics claim that the notion that there is an equilibrium between organisms goes against the principles of natural selection. They also say that the theory has a teleological component (conceives an end or a goal: the continuation of life).

Many scientists still consider it to have little basis or to be at odds with the available evidence, to the point that researcher Tyler Volk called it “optimistic thinking”.

But in addition to the arguments for or against the theory, one of its innovations was the place it gave humans within this system and how it presents us as one of the main threats to the Earth’s natural balance.

“We are playing a very dangerous game. We are directly interfering with Gaia’s key regulatory mechanisms,” Lovelock told the BBC in 2020.

“My main reason for not retiring is that, like most of you, I am deeply concerned about the likelihood of enormously damaging climate change and the need to do something about it now,” he added.

Previous Suárez wears the National shirt in the crowded Central Park: “I came back to win” | international football
Next DC League of Super Pets