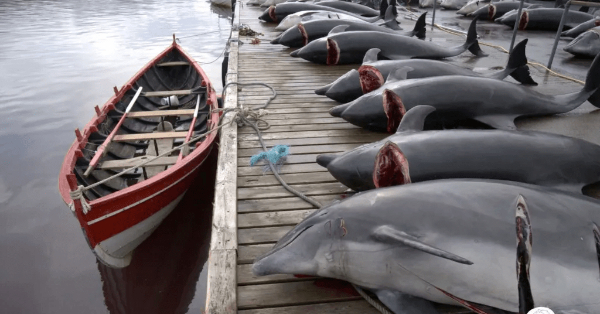 hunters killed 100 dolphins this Friday (29) in Skálafjörður, in the Faroe Islands, a dependent territory of Denmark. Among the dead mammals, 98 were adults, one was in the mother’s womb and one was a puppyaccording to conservation group Sea Shepherd.

According to Skálafjörður police, this was the first time hunters had used a spear designed to speed up the kill time and reduce the animals’ suffering. Experts, however, reject this claim. 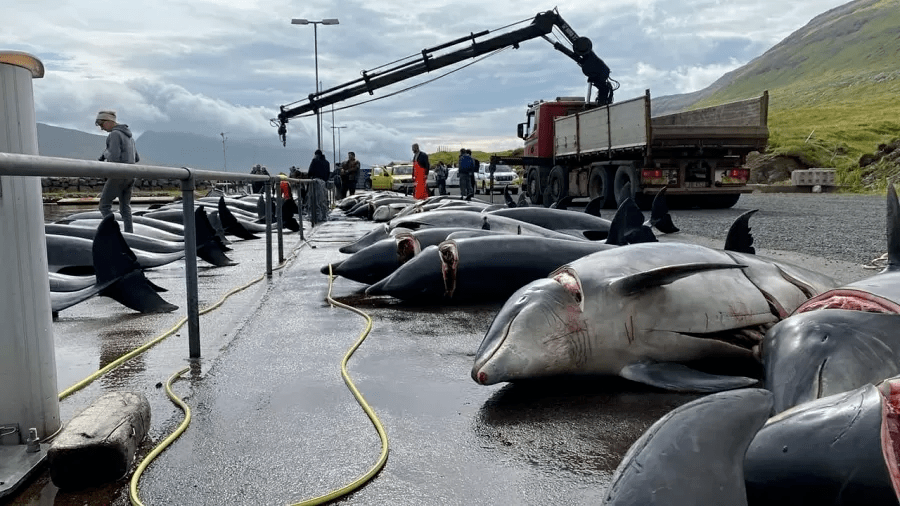 100 dolphins killed in new Faroe Islands massacre Photo: Sea Shepherd)“The death of 100 of these dolphins is a political sign to show the world that dolphin hunters in the Faroe Islands don’t care about the opinion of their own people or the international community,” said Astrid Fucks, policy manager at WDC (Whale and Dolphin Conservation), an institution dedicated to the study and conservation of whales, dolphins and porpoises.

The organization denounced that the hunt for dolphins and the killing of pilot whales in the Faroe Islands is “simply shameful and will cause further national and international outrage.”

Some of the animals had boat propeller crop marks where the boats collided or passed over them. According to the NGO, the animals are caught in the sea and taken to the sand, where they are killed. 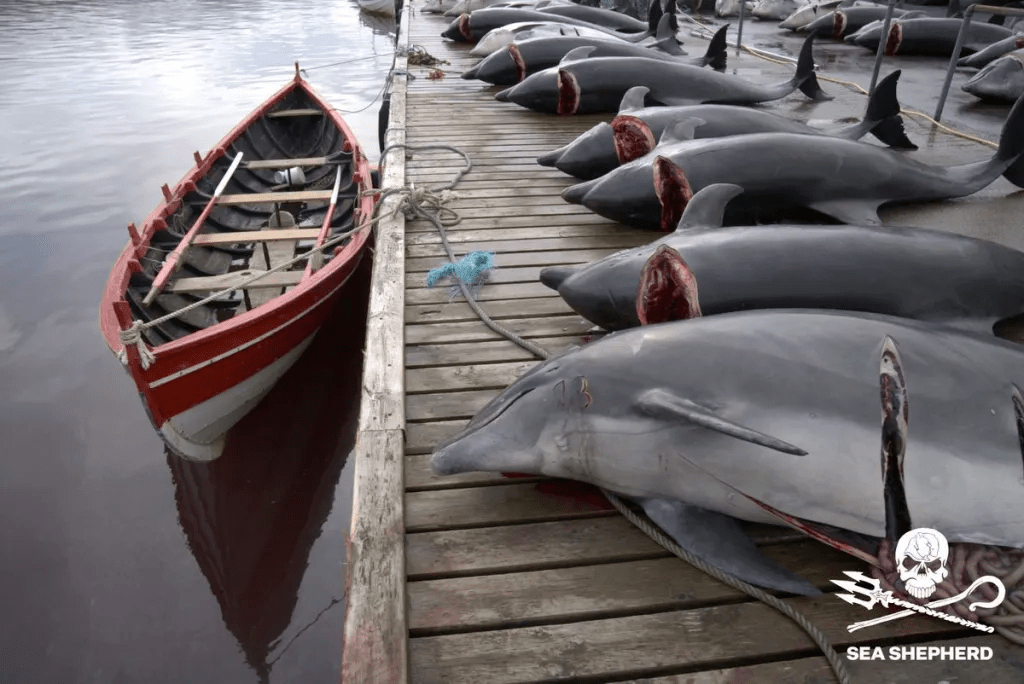