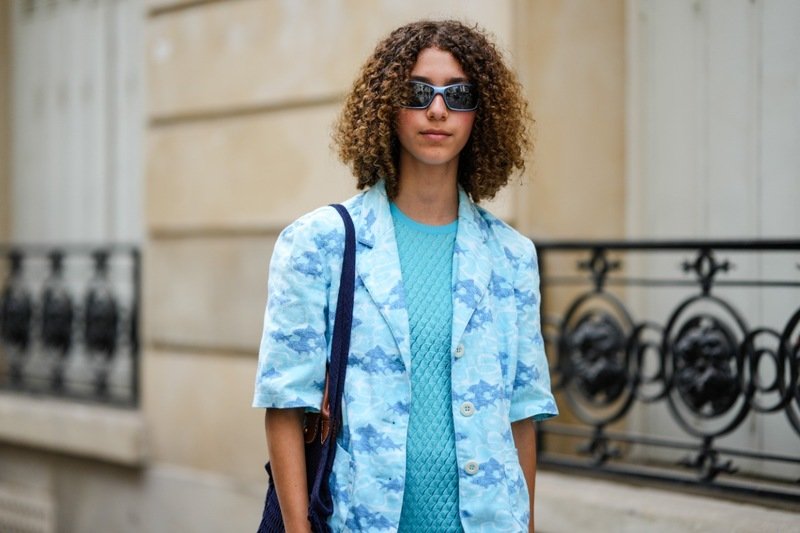 After the pink “Barbie”, see the color that is grooving in street style

There’s no denying that fashionistas don’t miss the opportunity to dress the trends, from head to toe. When the agenda is colors, then, they bet on productions “I fell in the ink”. After the fever of Bottega green, brown and pink à la Barbie, everything indicates that cerulean blue will color the looks around. From Kim Kardashian to Camila Coelho, the shade shows promise to be the next big thing hit of fashion.

Not long ago, in 2020, Classic Blue was named Pantone’s Color of the Year. As expected, the tone that refers to the calm colored the pieces in fashion shows by brands such as Carolina Herrera, Fendi and Balmain. As proof that what goes around comes around, Classic’s “cousin” came on the scene in 2022.

“We live in a time when it is necessary to have faith and trust. This certainty and constancy is expressed by Pantone 19-4052 Classic Blue, a solid, reliable color that we can always rely on. Permeated by a deep reverberation, the coloring is a safe haven to anchor”, said the company at the time. The feelings, however, remain more current than ever.

Associated with serenity, stability and protection, cerulean blue materializes the serenity that the “post-pandemic” world so longs for. The reference may not be so fresh in memory, but the debate over hue is present in one of the most iconic scenes in The Devil Wears Prada, in which Miranda Priestly (Meryl Streep) explains to the character Andrea (Anne Hathaway) the difference. between the shades of blue of the belts he holds.

Before blue appeared on the fashion radar, pink reigned supreme in productions. One of those responsible for initiating the pink movement was the Italian brand Valentino, which delved into the sweetened universe for the autumn/winter 2023 show. pink PP, created in partnership with Pantone, colored everything from the pieces presented to the location of the presentation.

In a “revelation tea” energy, the cerulean appears to dispute the podium. Despite being opposites, the tones share similarities: both are striking, vibrant and fit as dopamine colors. In other words, they refer to joy.

Kim Kardashian is one of the celebrities who has surrendered to coloring. At the Vanity Fair party, an event that takes place after the Oscars, in March, she was clicked on the red carpet with an entirely cerulean blue production. Whether in accessories or in leading pieces in the lookthe color was also present in the street style of Haute Couture Week in Paris in July.

For those who want to bet on the trend, but are afraid to dare, the tip is to list one colored item at a time, such as shoes, earrings or glasses. Fans of happy combinations, on the other hand, can play in the colorblocking or prints with y2k aesthetics — a term that refers to the style used in the 2000s.

Previous US Says It Killed Ayman al-Zawahiri, the Boss of Al Qaeda, in Afghanistan | World
Next Corinthians and Flamengo close an agreement to have more visitors in the Libertadores duels | liberators