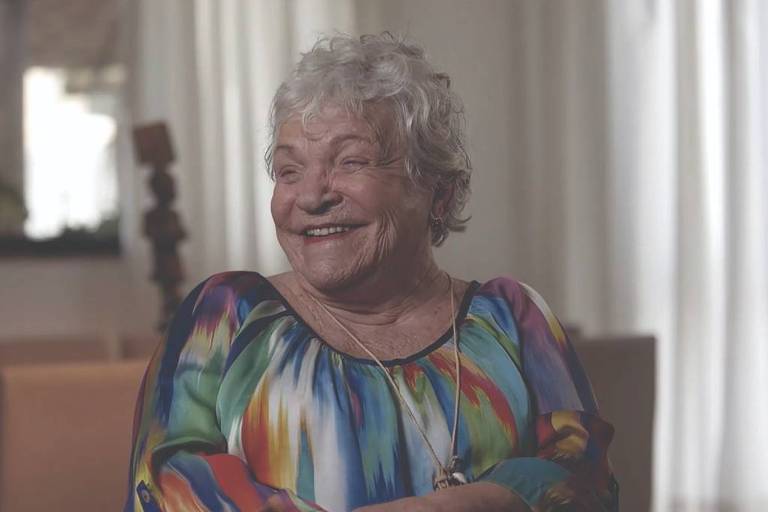 [RESUMO] A new book by ethnolinguist Yeda Pessoa de Castro reinforces the author’s importance in the study of the influences of African languages ​​on Portuguese spoken in Brazil and offers a contribution to the fight, in the field of language, of racism ingrained in Brazilian society.

“We speak Africanized Portuguese.” The release of “Camões com Dendê” (Topbooks), by Bahian ethnolinguist Yeda Pessoa de Castro, 84, would be a cultural event of great magnitude at any time. In this moment of radical historical reassessment of the legacy left in Brazilian society by centuries of black slavery, it is even greater.

The main Brazilian authority on African languages, with a doctoral thesis defended in 1976 at the National University of Zaire (now the Democratic Republic of Congo), Castro highlights how much pioneering his academic career, at that time, was in the openly Eurocentric scenario of the Brazilian university.

“The CNPq denied me a doctoral scholarship, they said I had to study African languages ​​in London”, she recalled in May of this year, when launching the book at the Museum of the Portuguese Language, in São Paulo.

From walking so much “against the grain of history”, as he likes to say, history —which, as we know, is anything but linear—has caught up with him. Combating racism that is deeply ingrained in Brazilian society is and will for a long time be a war on multiple fronts. In the field of language, anti-racist thinking owes an unpayable debt to Castro.

She is the first Brazilian intellectual to have understood that the study of African influence in Brazilian Portuguese required studying… Africa, now see. The path ahead of us — the one that, if all goes well, will lead Brazil to meet Brazil one day — is so long that the end cannot be seen from here.

At the same event in May, the ethnolinguist recalled that, in 2022, there is still “not a single Brazilian university that has African or indigenous languages ​​in the curriculum”.

Interestingly, the author of “Falares Africanos na Bahia: um Vocabulário Afro-brasileiro” (2001) and “A Língua Mina-Jeje no Brasil: um Falar Africano em Ouro Preto of the 18th century” (2002) followed in her heterodox career choices an old advice —and disdained for decades— by Nina Rodrigues (1862-1906), a polymath from Maranhão whose posthumous book “Os Africanos no Brasil” has the merit of pioneering and the stain of racial prejudices of her time.

“Leaving aside the absurd scientific convictions of a time, that precursor warning by Nina Rodrigues […]by stating ‘the knowledge of African languages ​​is indispensable for the determination of the peoples who spoke them'”, writes the author of “Camões com Dendê”, a title suggested to her by the great Africanist Alberto da Costa e Silva.

The book is a brick, a broad career swing with its 576 pages divided into two parts of equal size.

Analytical, the first half resumes, updates and expands over seven chapters the contributions previously brought by the author. The second half is a solid “Afro-Brazilian Vocabulary” with around 3,500 entries —”with 1,322 of Bantu-based, 1,299 West African, Yoruba and Ewe-Fon, 34 of imprecise origin, 853 of Brazilian formation, among them decals, hybrids and regionalisms from non-African languages”.

In terms of novelty, the highlight goes to the fifth chapter, “Language and religiosity, binomial of resistance”. In this study of the terreiros’ language, the author searches for linguistic traits that are more resistant to the action of time, because they are ritualistic, for the marks of the “biggest center of resistance and cultural defense of black Africans brought to the Americas in slavery”.

Overall, it is undoubtedly an instant classic, a work that expands our still incipient understanding of the mixed-race language we speak — and, to a large extent, also write — in Brazil. A language that, much more than Portuguese tempered by a few picturesque words of African and indigenous origin, is structurally distinct from the one spoken by the former colonizer.

Distinguished to such an extent that Castro does not hesitate to rebel against the subtitle of his own book, “O Português do Brasil e os falas afro-brasileiros”. The problem, for her, lies in this hyphen with which the Orthographic Agreement obliges us to separate “afro” from “Brazilian”, as if any separation were possible in a country where “what is ‘afro’ permeates, in different degrees of intensity , all strata of society”. She claims to use the dash “unwillingly” and with a feeling of “deep revolt”.

“Camões com Dendê” maintains that the alteration of Portuguese in contact with the languages ​​of the more than 4 million enslaved Africans who were brought here “was felt in all its components, lexical, semantic, prosodic, syntactic and, in a fast and deep, in the spoken language, which gave Brazilian Portuguese a character of its own, differentiated from Portuguese from Portugal, mainly by the vocalism compared to the consonantism of the current Portuguese pronunciation.” In the seventh chapter, the technical aspects of this change are detailed.

Castro doesn’t like academics and pursues clarity whenever possible, which makes the book accessible to non-linguists. This is far from making it easy to read. In the absence of a previous frame of reference, following the density of discussions requires a curiosity that is close to insatiable, and perhaps not many laypeople are interested in the meticulous genealogical trees of African languages ​​and maps of their geographical distribution across the continent that make up the first chapter. .

To the non-specialist reader, it is recommended to skip the parts that you find dry and seek the many oases of understandability. Without forgetting that it is precisely the depth of the research and the rigor in the theoretical debate that allow the author to point out, in the more than readable bibliographic review of the sixth chapter, the points where she believes that traditional Brazilian academic studies failed and still fail in the evaluation of our linguistic heritage. African — and why.

Castro is a vehement critic of what he calls “Yorubacentrism”, born with the aforementioned Nina Rodrigues, who concentrated her field studies in Salvador, and amplified by foreign scholars such as Roger Bastide and Pierre Verger.

As the ethnolinguist demonstrates, Yoruba (which she prefers to write with y, today part of the official Brazilian alphabet), also called Nagô, a West African language, is a relatively recent entry in Brazil when compared to Kikongo, Kimbundu (with k even) and Umbundu, languages ​​of the Bantu group that came to us mainly from Angola and that were dominant in Colonial Brazil.

“It is estimated that 75% of the more than four million individuals transplanted from sub-Saharan Africa to slave labor in Brazil […] were brought from the Bantu-speaking world”, he writes.

Treated with relative contempt by the Brazilian academic tradition, including for being unwritten, these languages ​​formed the ground in which, according to another thesis of the author, old Portuguese and the languages ​​of the slaves could mix and enter into “understanding” without giving rise to a creole language —a hypothesis defended by other authors— such as the one that was born in Cape Verde.

According to Castro, this was due to a “casual but remarkable similarity of the structure of the Bantu linguistic substrate with 17th century and archaizing Portuguese”. It is a thesis that “Camões com Dendê” defends with grace, not a truth written in stone.

As the author observes, “the discussion around the differences that separated Brazilian Portuguese from Portuguese Portuguese is still open”. After this book, however, it will be more difficult to argue that the departure was due only to factors internal to Camões’ language — that is, entirely white.

“If the voices of the four million or more enslaved individuals, black African speakers, who were brought to Brazil over four consecutive centuries, were not drowned out in our history by neglect and academic prejudice”, he says, “there would be no doubt that the most direct consequence of that traffic was the alteration of the Portuguese language in the 17th century and of the caravels, in the former South American Colony”.