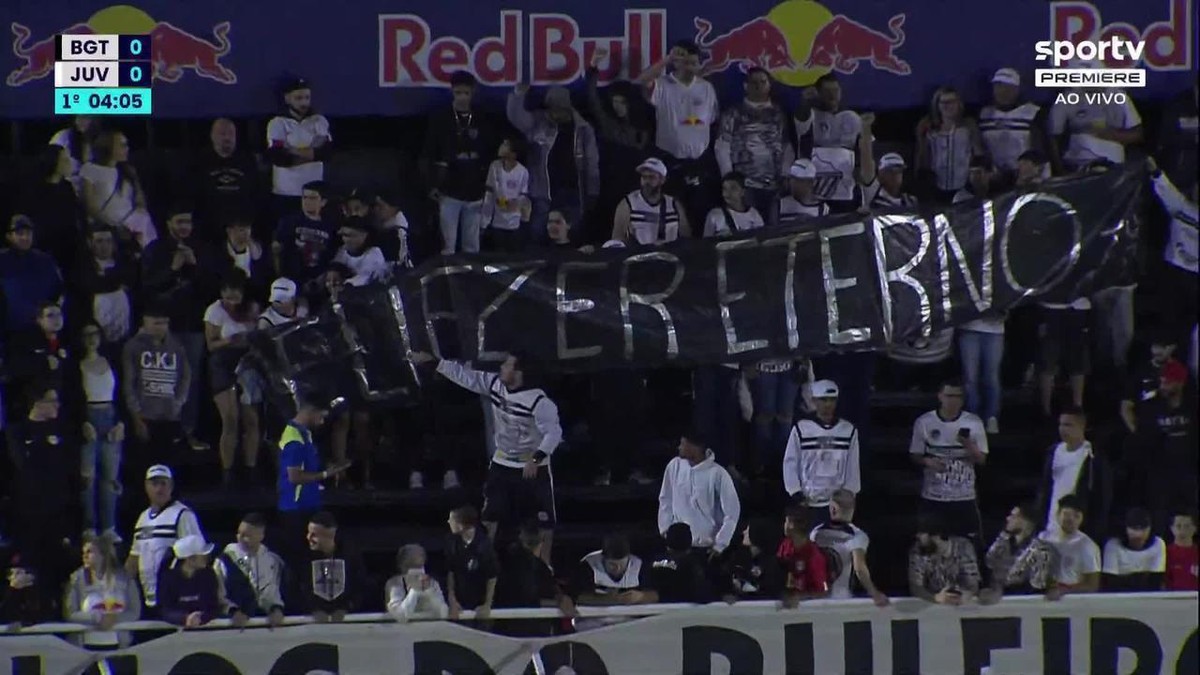 Massa Bruta fans held out a banner reading “Eliezer Eternal” during the match. In addition, before the ball rolled, a minute of silence was respected in honor of the fatal victim of the accident.

Eliezer’s family was invited by Bragantino and attended the stadium to watch the game.

+ Bragantino terminates with Renan, arrested after killing motorcyclist in an accident

+ Defender Renan’s car accumulates 24 fines in less than a year; 18 are for speeding

The accident happened around 6:30 am on July 22 on the highway on the Rodovia Alkindar Monteiro Junqueira. According to the police, Renan was in the car when he invaded the opposite lane and hit the motorcyclist. The victim, Eliezer Pena, 38, could not resist his injuries and died at the scene.

After the accident, the State Highway Police (PRE) was at the scene and found that the player had an odor of alcohol, in addition to having a bottle of drink near the vehicle. The agents asked him to take a breathalyzer test, but Renan refused and was taken to the police station.

Also, Renan didn’t have a license. According to the PRE, he had a driving permit, which is done before the official document. However, in the period in which you have the permission, it is not allowed to commit infractions, under penalty of loss, what happened to the player.

Eliezer was married and the father of two young daughters. He had started his new job recently. On social media, friends and family mourned his death.