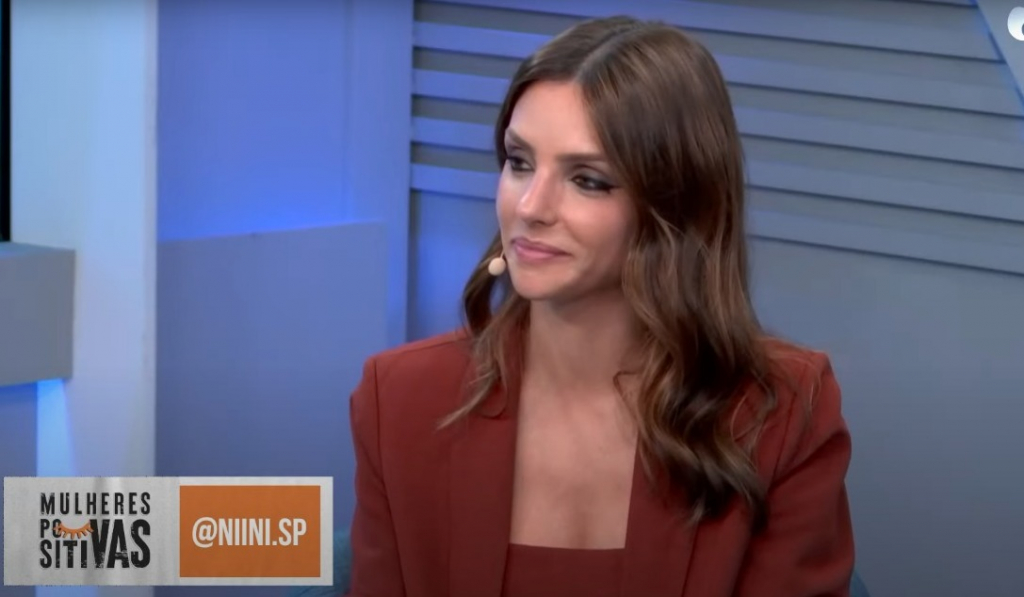 Carol Celico remembers life in Milan with Kaka and says that marriage ‘was never perfect’: ‘I wanted this challenge’

In an interview with Mulheres Positivas, the stylist described her time in the Italian city: ‘You are cold, away from your family, full of responsibilities, with people judging you’

The program positive women this week received the fashion specialist Carol Celico. In an interview with Fabi Saad, the influencer recalled her life with the football player Kaka, whom he married at age 18. “I started dating when I was 15, when I was 16 he left Brazil… We were dating for a year here, two years apart, and we got married. I got married at 18, I was very young. I had to convince my parents that I was going to college, I wanted to study Hospitality in Switzerland. I realized that when I went to Italy I wouldn’t be able to do Hospitality in Switzerland. I faced a marriage very young, I was sure when I was 18 years old and I don’t regret anything. It took me out, gave me my children, I had many wonderful experiences also with relationship and religious issue,” she noted. Celico said it took him a while to learn to deal with the consequences of the Brazilian athlete’s fame for his image. “There were paparazzi on the street, things were slower. I didn’t have a voice, I didn’t have Instagram or Twitter, I didn’t do interviews and people didn’t know me, they just heard about me. Then I started to accept that I could have my voice.”

When she got married, Carol went to live in Milan. She reports that she found the customs of the city strange and its size compared to São Paulo. “It’s a nice city to walk around. Who leaves São Paulo, one of the biggest cities in the world, and goes to Milan… It’s like a small country town. It has the street with the brands, but Rome was the important city, Milan was the hotspot of fashion. A city that had a very strong country mentality. I started to realize that, maybe, because it’s a small town, they protect themselves a lot. Unlike Brazil, where something happens and everyone wants to exhibit. Milan has this provincial history,” she said. Celico said that, today, she is stopped on the street by people who report having met her during their passage through Italy. According to her, from the years in Milan, she ignores the bad memories. “I have a selective memory, I erased it, but for sure today, looking at how people feel, I was sad. Maybe for the winter, maybe because of having too many responsibilities I didn’t know I was going to have. It’s like having a child, no one tells you what it’s like to really have it. The margarine couple, the magazine cover family, it’s not that it’s over, it was never perfect. We only see the tip of the iceberg. Not quite. You are cold, away from your family, full of responsibilities, people judging you. It’s a lot for an 18-year-old girl, but I wanted this challenge,” she assured.

Daughter of Rosangela Lyra, who worked for years at the Dior brand in Brazil, Celico says that the women in her family are a great personal inspiration. “I came from a family of very strong women, they were women ahead of their time. visionaries. My mother brought Dior to Brazil, so I see that, because she studied French, this trend, she managed to work for a French brand. They were always women who liked to push themselves. I feel honored to be part of such a strong line of women, I feel the responsibility that this challenge takes. I always wanted that stereotype of perfection because I always believed. I had a strict, critical mother, a toughness that brought me here,” she said.

Today, the stylist has her own clothing line, Niini. Carol says it took her a while to face the possibility of establishing herself in a profession similar to her mother’s. “I always wanted to undertake with fashion, so much so that the college I attended was in fashion business. I pretended I didn’t want to do it, that rebelliousness of adolescence, a little natural. I feel that I still didn’t have the autonomy nor was I prepared to start a business. I didn’t have much of a choice, neither the time nor the moment. I didn’t think I had the time to think about what I want for myself. This discovery was very difficult, it was a battle between what I am, what I can be and what I am allowed to be. When I moved to Madrid, I started all over again,” she recalled. The Niini store was made especially for Celico’s audience and her name has a personal meaning, related to the influencer’s childhood. “She started out having a big grid [de tamanhos], with multiple lines. Everyone wanted what I was wearing, tailoring. Niini was my childhood nickname. My grandmother and mother supported me a lot at the beginning of the project, when I started to draw.”

As a book, Celico recommended “Mindset: The New Psychology of Success”, by Carol Dweck. As a film, she brought “A Place Called Notting Hill”, a hit novel from the 90s, starring Julia Roberts. As a positive woman, Carol said she was inspired by American presenter Oprah Winfrey.

Check out the full interview with Carol Celico: