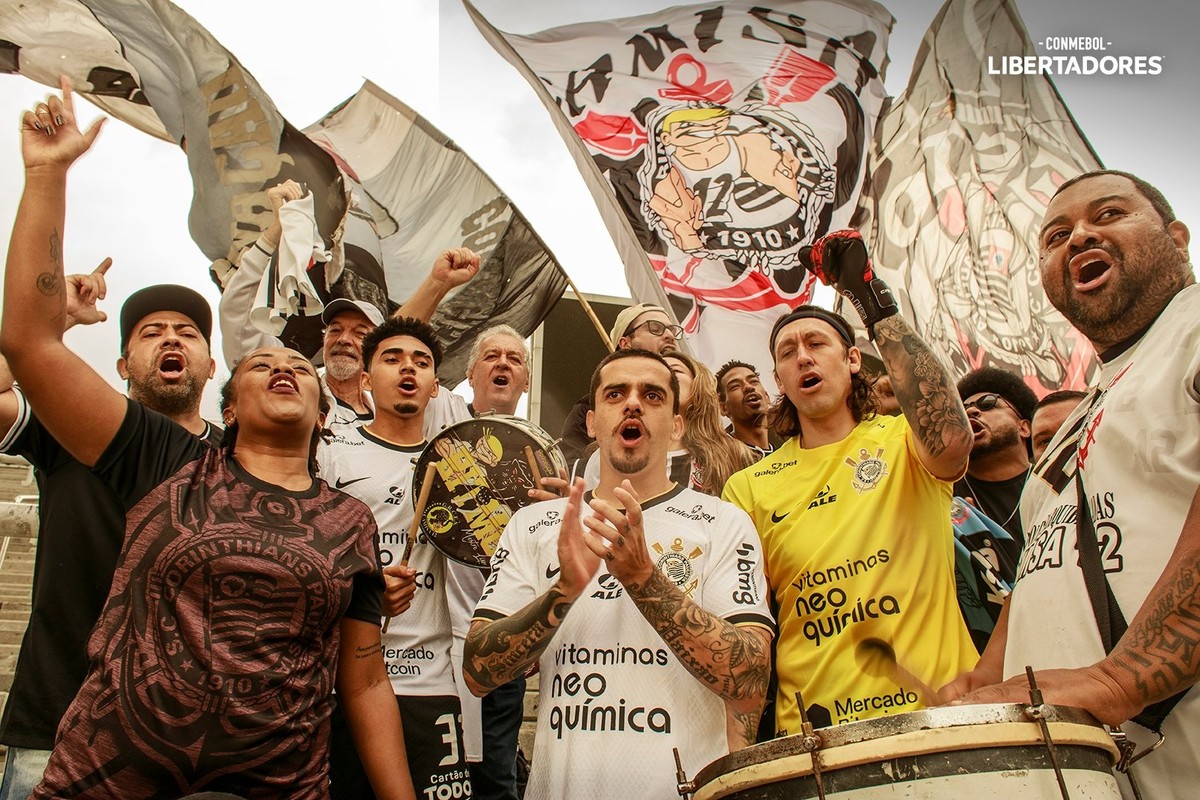 Corinthians vs Flamengo: players join the crowd in the stands before the Libertadores decision | liberators

Representatives of the two biggest fans in Brazil, Corinthians and Flamengo players went to the stands and picked up instruments and flags to promote the Copa Libertadores quarter-final duel, at the invitation of Conmebol.

Flamengo players in the middle of the crowd at Maracanã — Photo: Jorge Bispo / Conmebol Libertadores

The rehearsals, which were also attended by fans, were carried out by photographer Jorge Bispo at Neo Química Arena and Maracanã.

The first game of the quarterfinals of the Copa Libertadores between Corinthians and Flamengo takes place at 9:30 pm this Tuesday, at Neo Química Arena. The return match will be next Tuesday, at the same time, at Maracanã.