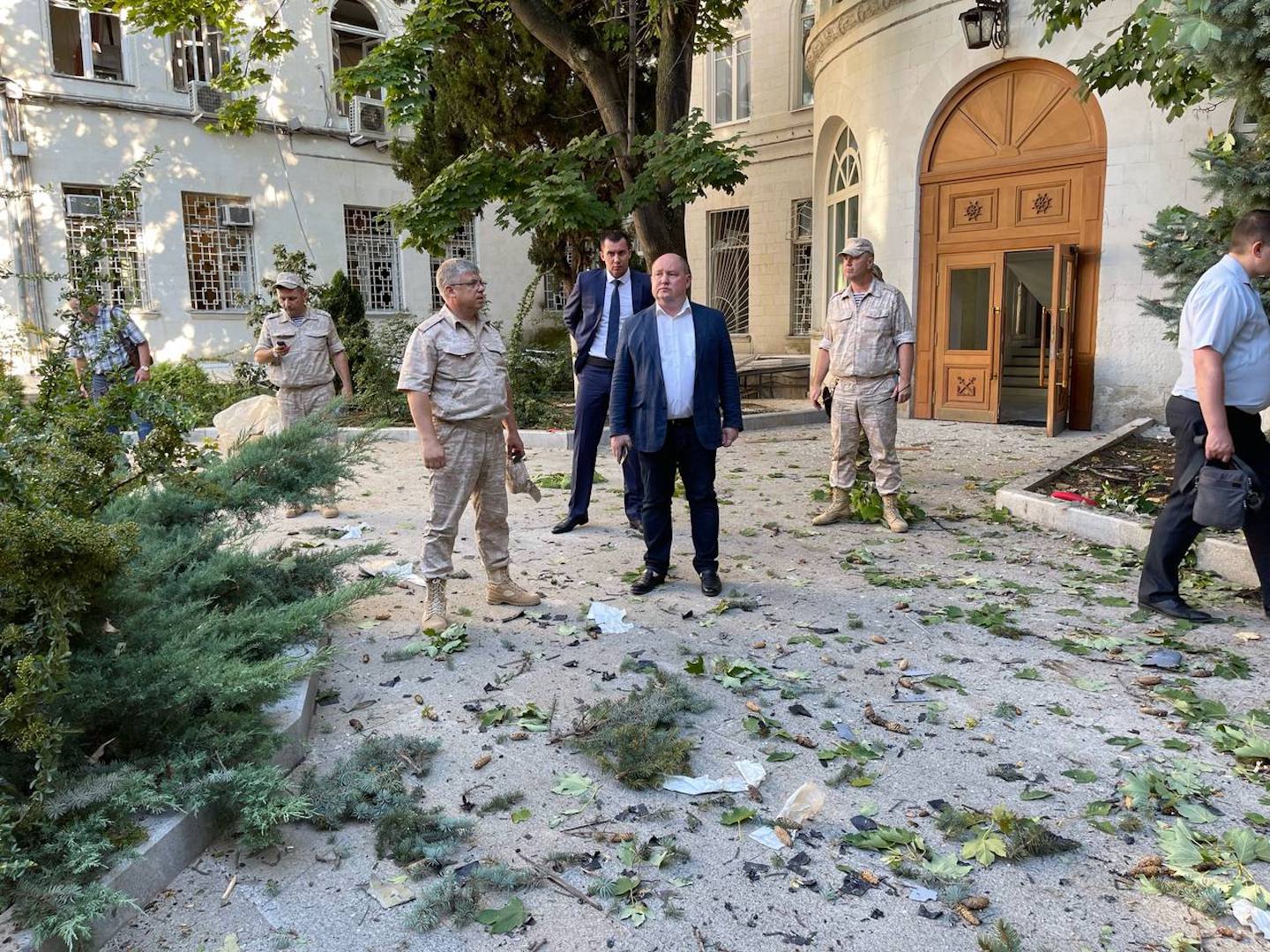 Military headquarters are located in Sevastopol, on the Crimean peninsula; Ukraine has denied being responsible for the attack

Russian authorities said on Sunday (31.Jul.2022) that Ukraine carried out attacks against the Russian fleet in the Black Sea. The military headquarters is located in Sevastopol on the Crimean peninsula.

On his Telegram channel, the governor of the region, Mikhail Razvozhayev, said that a drone flew over the outer courtyard of the headquarters. At least 5 people were injured and local authorities announced the cancellation of celebrations in honor of Russian Navy Day. The event is celebrated this Sunday (31.Jul).

“The circumstances are being investigated. Please keep calm and stay home as much as possible.”said Razvozhayev.

Ukraine has denied being behind the attack. The country’s navy said in a statement that the episode is a “invented excuse” from Russia to cancel his parade and “not to be ashamed before the whole world”.

“With such statements, the enemy recognizes its inadequate air defense and casts even greater doubt on the existence of the Crimean bridge”said in reference to the rail link built over the Kerch Strait after Russia’s annexation of the peninsula in 2014.

The bridge consists of two parallel structures intended for car and train traffic. It connects Crimea to the Russian city of Krasnodar. The structure also has symbolic weight: showing that Russia maintains control of the peninsula.

“We remind you that the Defense Forces of Ukraine take measures to liberate our occupied territories, using available weapons for this. Our targets are Russian military equipment. We do not attack the territory of the Russian Federation. Crimea is Ukraine”concluded the Ukrainian Navy.

Navy Day is a holiday celebrated annually in Russia. In celebrations, naval fleets hold parades and honor their sailors.

Russian President Vladimir Putin participated this Sunday (July 31) in the celebration in St. Petersburg and on the island of Kronstadt. More than 40 ships and submarines, 42 planes and 3,500 soldiers participated in the event, according to the Kremlin.

In his speech, Putin said that Russia would defend “your national interests in every corner of the planet”. It also announced that new Zircon-type hypersonic missiles will be implemented in August.

“Here, the capabilities of the Russian Navy are paramount. It is able to respond instantly to all those who decide to clash with our sovereignty and freedom, successfully fulfilling its strategic missions. […]. Its coastal, surface, air and submarine forces are highly prepared for decisive action. They are constantly being improved.”said.

Previous Ever heard of cell phone test drive? See how the novelty works | Cell
Next “One of the best I’ve ever seen”