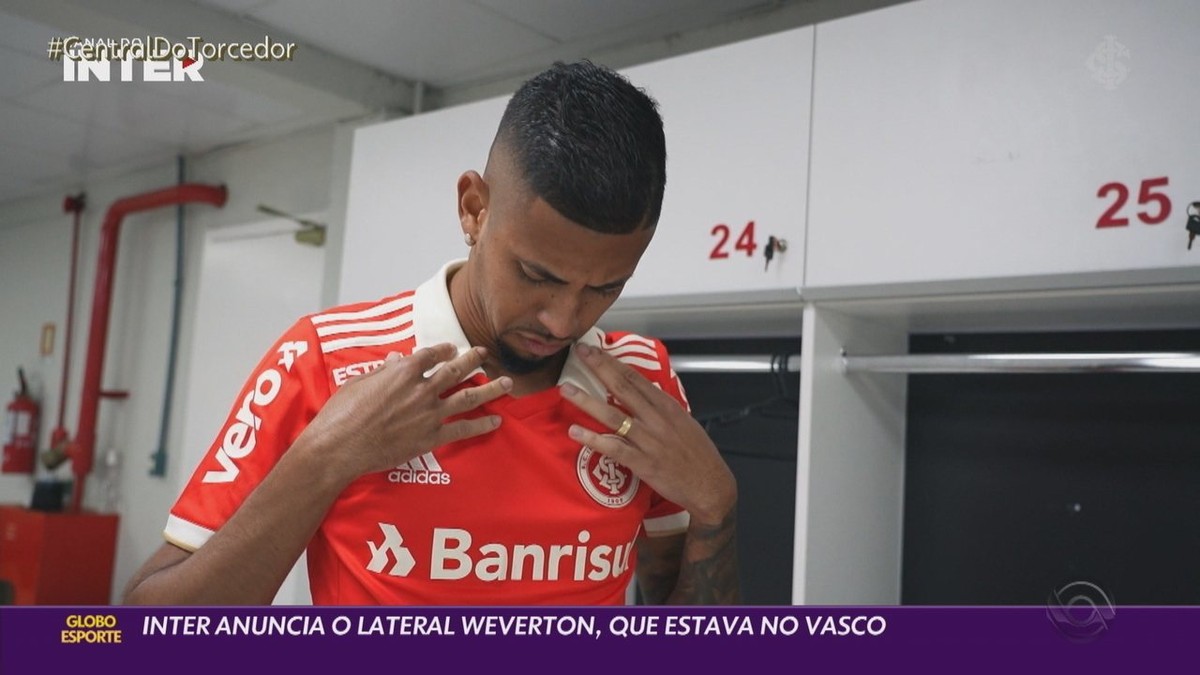 Weverton is presented at Inter and highlights his return to the club: “Achievement to be here again” | International

Right-back Weverton was introduced by Inter in the early afternoon of this Monday and highlighted his return to the club. The 23-year-old player passed through the basic categories, but at the time he did not play for the main team. Now, he will also have the opportunity to work again with Mano Menezes, who coached him in the Cruzeiro days.

Weverton spoke of its characteristics and praised the atmosphere at Beira-Rio this Sunday. The player has already been available for Inter against Atlético-MG. From the bench, the right-back saw the team led by assistant Sidnei Lobo win 3-0.

– My characteristics are a well supported game, I know the shortcuts of the field, in defense and attack I will help the team. And yesterday the stadium gave me goosebumps, I had played at the base, but not with the stadium as it was yesterday. Very gratifying, even more with the victory over Atlético – highlighted Weverton.

In the current season, the side was at Vasco, a club for which he played 24 matches. The athlete belongs to Bragantino and arrives on loan at Inter until the end of the year, with the option of extending the contract.

– It was an accomplishment to be here again, to work with Mano again. I’m here to help the team, to add, to give my best on the field. This will be fundamental for the work at the end of the year – he said.

Already incorporated into the squad, Weverton is an option for Inter’s next commitment. On Thursday, the team faces the first leg of the round of 16 of the Sudamericana, against Melgar. The match in Arequipa, Peru, takes place at 19:15 (Brasilia time).

Previous Everything we know about the Marvels
Next Android 13! Samsung announces One UI 5.0 beta program for select users