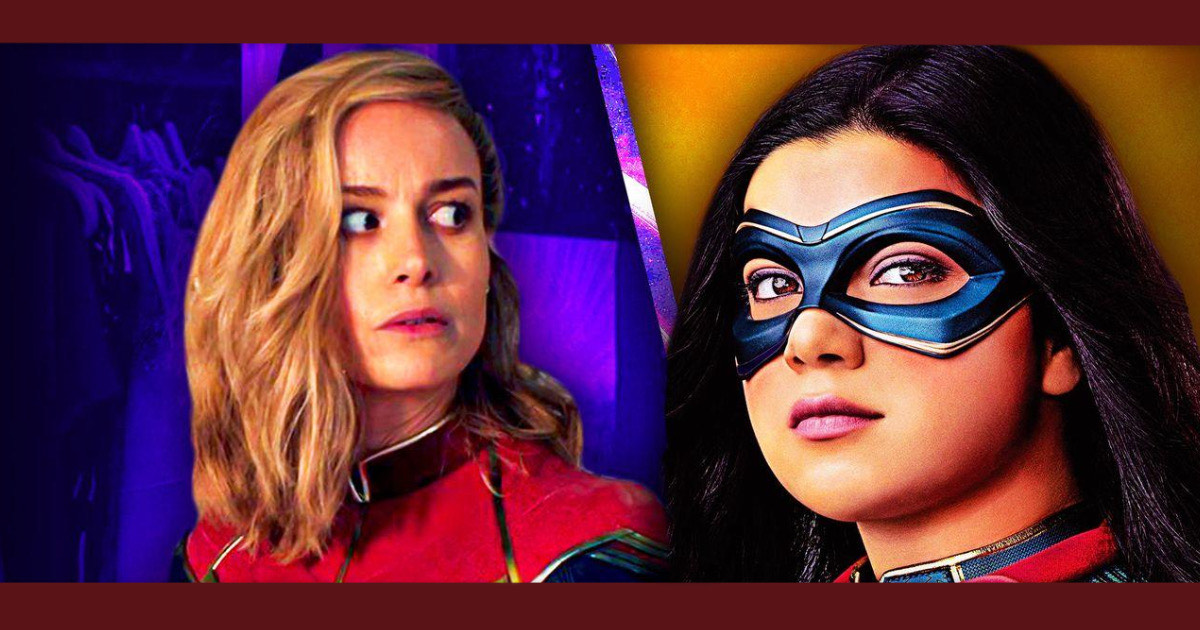 Ms. Marvel, without a doubt, is the most beloved new character in the Marvel Cinematic Universe among all the newcomers. Her Disney+ series conveyed exactly the essence of the character that won over her comic book readers.

A great feature present in the character in the comics that was passed on to the MCU is that Kamala Khan is a big fan of superheroes, especially Captain Marvel.

The two characters are close in the comics and the beginning of Kamala Khan’s heroine career had a little help from Carol Danvers, something that fans also expected to happen in the MCU series. But Captain Marvel only appeared in the post-credits, with no interaction with Kamala. However, as explained by series writer and executive producer Bisha K. Ali, in an interview with SyFy, revealed how she “did not write the scene” with Brie Larson, but that “It was actively my wish that she was not on the show [no geral]”:

“I didn’t write the scene. But the Brie of it all was the hope that the post-credits scene would be Captain Marvel. It was actively my wish that she wasn’t on the show at all, because I think that undermines the analogy. In the beginning, when Kamala is looking at herself in that mirror, she is wearing a Captain Marvel cosplay imitation. She wants to be that person. And in the end, it’s not that she doesn’t have admiration for Captain Marvel anymore, but that she’s seeing herself. This is who I am and I am literally using every part of the people who love me.”

She goes on to explain why she didn’t want the Captain on the show, pointing out how “Captain Marvel would suddenly put us on a different path”:

“And so it was really important for that to happen, and it was her stepping away from that in a lot of ways. Captain Marvel would suddenly put us on a different path. Someone in the world would have written a brilliant version of this story, but that wasn’t for me. In fact, I’m really glad it turned out the way it did. I would love to work with Brie, don’t get me wrong. But I’m really happy that they wanted the show to go for Kamala and for Captain Marvel to come to the end. And it’s also a great teaser of what’s to come. What’s to come? It’s so exciting!”

Finally, she also commented on the fans’ confusion about what happened in the post-credits scene: if Kamala turned into Carol, like in the comics, or if they switched places:

“To me, it was really obvious what was going on — it was an exchange. I think it would be crazy for me to introduce a new power to her in the post-credits scene, when we’ve already introduced embigening. I haven’t completely lost my mind, folks. [Risos.] But the distinction is important. And I understand why there is confusion, just because in Ms. Marvel #1, she literally transformed into Captain Marvel. I wish they had made it a little more clearly? Perhaps. But the ambiguity is fun.”

Looking back, actually putting Carol in the middle of the plot presented in the series would be a bit of a stretch. The series focused a lot on Kamala discovering her powers and her origins.

Certainly the relationship between the two characters will be very well explored and justified in the marvelswhere the characters will return as a trio of heroines alongside Monica Rambeau.

And watch our interview with Mehwish Hayat, Kamala’s great-grandmother in the series:

The actress Iman Vellani was confirmed as the protagonist. While Adil El Arbi and Bilall Fallah (Bad Boys Forever), Sharmeen Obaid-Chinoy (A Girl in Rio) and Meera Menon (The Punisher, The Walking Dead, Titans) are confirmed to direct the episodes. All the SIX EPISODES of the series are now available on Disney+.