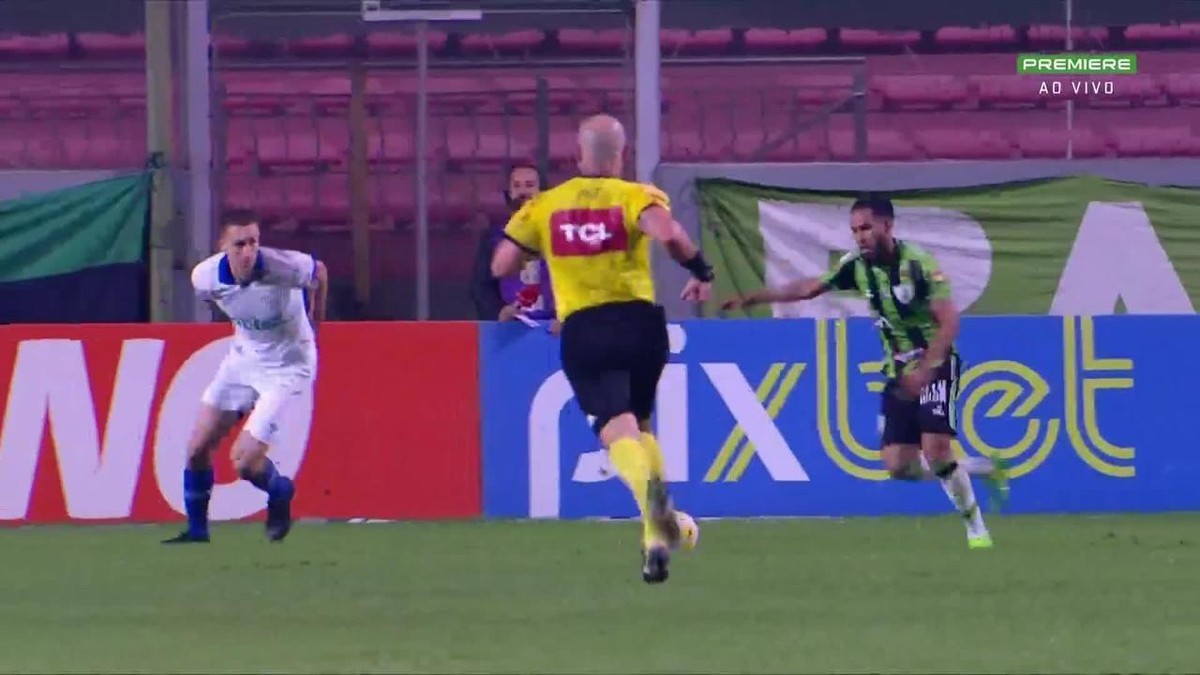 At América-MG, Benítez comments on debut and lack of space at Grêmio: “It didn’t fit” | america-mg

This Sunday night was lit up for América-MG. In addition to beat avaí, turning around, and moving further away from the Z-4, Coelho still saw his main reinforcement, from the middle of the year, shine on the field. After the match, Martín Benítez, who had not played for almost two months, thanked the club for the trust placed in him.

The Argentine, América-MG’s main signing in this mid-year window, debuted for Coelho in the second half of the match against Avaí, providing two assists for submissions.

One of these ended in a goal. After stealing the ball from Juninho, the Argentine put it to Everaldo, who dominated and hit the angle, left-handed: 3 to 1 and game over. In the mixed zone of Independência, the midfielder spoke about his style of play.

-Everyone knows my characteristic, of always playing forward and giving assistance to my teammates and today thank God I managed to do it. But it’s to my teammate’s credit that he made a great move and a goal.

Benítez also thanked coach Vagner Mancini and América-MG for returning to the field. The player admitted that he did not have a good time at Grêmio, the team he came from. He hadn’t played since June 2, in the Rio Grande do Sul team’s duel against Vasco, for Série B.

Very happy. I didn’t play for a long time, it was a little difficult for me. He didn’t really fit into the Grêmio team. I want to thank América-MG, Mancini’s coaching staff, who opened their doors so that I could play football, which is what I love the most.

– Very happy because I was able to help the team, we can win and we really needed this result for us to be able to work peacefully during the week. That we can continue like this, on this path, with a winning spirit, and take America out of the place where it was, which is not comfortable at all, and to be able to add as many points as possible.