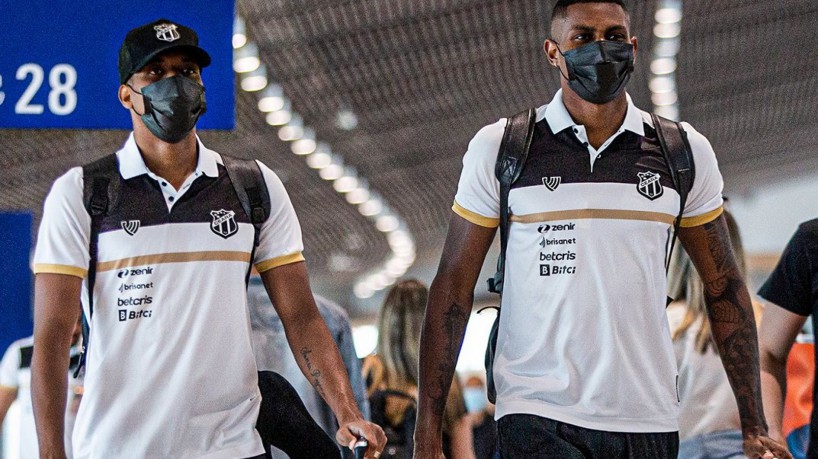 The Ceará delegation was expected to arrive in São Paulo at 5:20 pm this Monday, but at the beginning of the night, the team had not yet left Pinto Martins Airport (CE). The aircraft had to undergo unscheduled maintenance before arriving in Fortaleza, resulting in a flight delay. The new boarding must take place at 19:40.

With that, the arrival of the Alvinegro players in the capital of São Paulo was moved to 23:00. As soon as they learned of the situation, the board released the athletes and they returned to the scene at 18:40. The cause of the flight delay has not yet been clarified.

The technical commission, on the other hand, took a different flight, which also delayed, but less, so much so that there was already a landing in São Paulo.

Four players will not continue with the team: left-back Bruno Pacheco, midfielder Rodrigo Lindoso, in addition to forwards Jhon Vasquez, Dentinho and Matheus Peixoto. The second was substituted in Vovô’s last match, against Palmeiras, for having injured his left knee. As for the Colombian who recently arrived, he cannot play for Ceará in the Sudamericana.

Striker Mendoza arrived at the airport separate from the group and before, so he was not seen with the delegation, but he is among Marquinhos Santos’ options. The only casualty that is not new is striker Erick, who was already in the medical department.