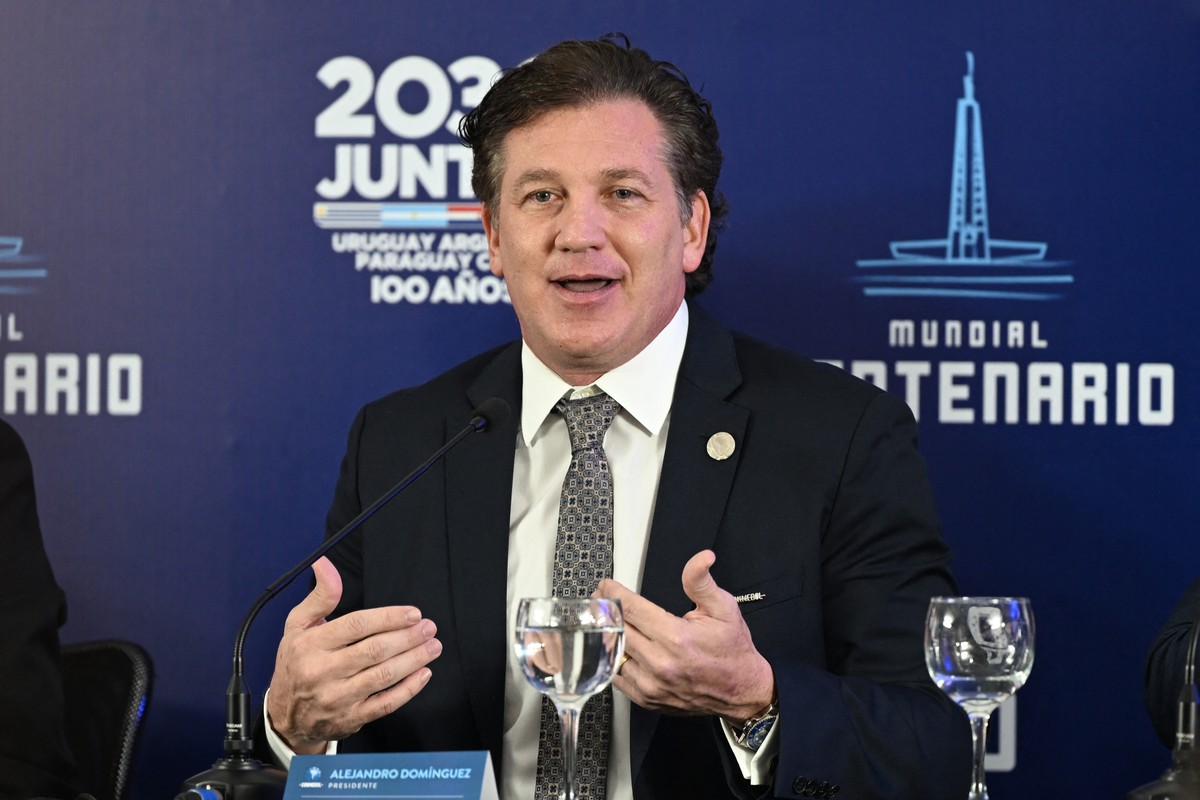 The idea of ​​having a South American competitor has been around for a long time. With the incorporation of Paraguay in 2017 and Chile in 2019, the candidacy grew. It was the first time that leaders of the four nations were together. An office in the Uruguayan capital was set up to continue the work of the postulants.

CONMEBOL President Alejandro Domínguez during an event to launch the South American bid for the 2030 World Cup – Photo: Pablo Porciuncula/AFP

Portugal and Spain must also form an application. A block formed by Greece, Bulgaria, Romania and Serbia it also got involved in the 2030 World Cup. China is another country that is moving to host the World Cup in eight years, as is Morocco. The expectation is that the headquarters will be announced in 2024.

To compete with the likely large investments of the other candidacies, South American leaders bet on the 100th anniversary of the first World Cup, held in Uruguay in 1930.

– It is the dream of a continent. From a Uruguayan city, shared by three other cities. South America understands that football has to recognize and not contest. There will be more World Cups, but 100 years will only be fulfilled once and you will have to go home. This is more than enough reason for FIFA to accept that this is a single bid. Over the years there will be other possibilities for other continents – declared the president of CONMEBOL, Alejandro Domínguez.

Leaders from Paraguay, Uruguay, Chile and Argentina, at the launch of the South American bid for the 2030 World Cup — Photo: Disclosure/AUF

Present were the presidents of the federations of Paraguay, Robert Harrison, of Chile, Pablo Milad, of Uruguay, Ignacio Alonso, and the vice president of the Argentine Football Association, Rodolfo D’Onofrio. The President of the Republic of Uruguay, Lacalle Pou, also attended the event.

The leaders showed the seal that should symbolize the candidacy, “Mundial Centenario”, with the design of the traditional tower of the main Uruguayan stadium.

Until now, most World Cups have taken place in Europe. Before the 2014 World Cup, in Brazil, the last edition in South America had been in 1978, in Argentina.

The 2026 World Cup will be hosted by the United States, Mexico and Canada, the first time with three countries together and with 48 teams in contention.

Previous Dungeons & Dragons | Directors reveal surprise in test screenings
Next Embraer internships with a grant of up to R$4,000; see how to sign up