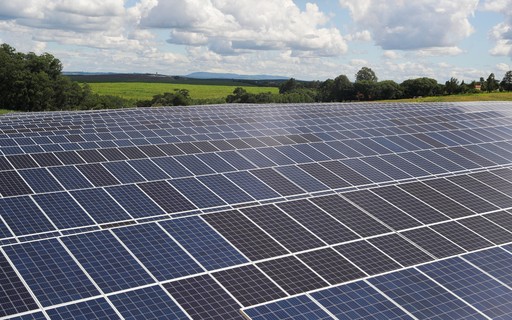 Own generation of electricity has been gaining more and more space in Brazil, with the volume produced in solar panels installed in homes, businesses and industries already representing 4.3% of all consumption in the regulated market, according to a survey by the Chamber of Commerce. of Electric Energy (CCEE) in advance to Reuters.

ALSO READ: Women and sustainability: They want the greenest field; listen to the podcast

The number of consumers who have “distributed generation” – micro or mini-plants with up to 5 megawatts (MW) of power – is still relatively small, but it is already affecting the distributors’ market, since these customers start to consume less energy than network.

The share of GD also becomes relevant for a technology that was incipient until a few years ago in Brazil, one of the countries that lead the expansion of solar energy in the world, along with China, the United States and India and the European Union.

According to CCEE data, in the first semester, energy production in micro and mini solar plants reached an average of 1,828 MW, an increase of 80% in the annual comparison. CCEE considers that all this generated volume was consumed, corresponding to 4.3% of the total consumption of 42,600 average MW in the regulated market in the period.

In terms of installed capacity, solar distributed generation reached 11,315 MW in the country, equivalent to the capacity of the Belo Monte (PA) plant, the largest 100% Brazilian hydroelectric plant. The power achieved in the first half of the year represents an addition of more than 2 GW compared to the 9 GW at the end of 2021, showing the accelerated adoption of a technology that, four years ago, had not even surpassed the 1 GW mark.

“On the one hand, we have society’s growing demand for more sustainability and on the other, a great appetite from investors, making this market even more attractive”, said the chairman of the Board of Directors of CCEE, Rui Altieri.

According to Altieri, distributed generation has become increasingly relevant in the national matrix and will certainly continue to expand its representation. He emphasizes the importance of monitoring the growth of technology, so that the electricity sector can achieve “an even more robust network and a very well balanced market”.

Solar energy has also been growing through the construction of large source complexes, classified as “centralized generation”. In the first half, these projects produced an average of 1,207 MW of energy, 64% up year on year. Large solar farms are also behind distributed generation in power, adding just over 5 GW in the country.

Already widely adopted in the US and Europe, distributed generation gained a regulatory framework in Brazil in January, which has been helping to boost consumer adherence to the modality this year, as some benefits will be maintained for those who start generating until January 2023. .

Today, distributed generation enterprises operate with a compensation system: the consumer who owns the plant receives a credit on the electricity bill for the positive balance of energy generated and inserted into the grid, after deducting its consumption. In addition, the segment is exempt from paying certain tariff components, such as the tariff for the use of the distribution system.

According to a May report from the International Energy Agency (IEA), the growth of the renewables market in Brazil is expected to reach a new record in 2022, mainly due to the benefits of the adoption of distributed solar energy.

Technology incentives have also led to the growth of the entire renewable energy market in the European Union and India this year, the IEA said.

The growth of micro and mini solar plants, with up to 5 megawatts (MW) of power, also implies a reduction in the market for energy distributors, which had already been shrinking due to the migration of consumers to the free market. Utilities have been feeling the impacts of the “GD” advance on their revenues, as these facilities stop consuming from the grid when they are producing their own energy.

In the case of Copel, from Paraná, the distributor’s billed market grew 0.5% in the second quarter on an annual basis, to 7,798 GWh, considering a subtraction of 255 GWh from mini and microgeneration. Disregarding the effect of DG, the market would have grown 1.7% in the period.

As for Cemig, which distributes energy in Minas Gerais, the state where distributed generation grows the most, technology represented 5.3% of the total energy consumed in the first quarter, with 631 GWh. Electric has not yet released data for the second quarter.

Neoenergia, which controls five distributors, also said it felt the effects of DG on the business, especially in Rio Grande do Norte. In a conference call last week, executives of the electric company explained that, by the new law, these impacts will be neutralized for the distributors in the next tariff review.

There is, however, also an effect on the concessionaires’ energy contract portfolio. With lower consumption, companies are overcontracted – which can become a problem, since at levels above 105%, distributors are not authorized to pass on costs to tariffs and have to bear them.

“About overcontracting, the impact it generates, we are exactly in a discussion with Aneel about this, it should be considered involuntary”, commented Solange Ribeiro, director of Neoenergia, last week.