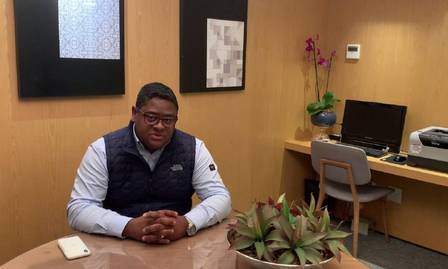 don’t have the money to pay compensation

Mirelis Zerpa, wife of the “Pharaoh of Bitcoins”, called on the lawyers and took to social media to send a message to the clients of GAS Consultoria e Tecnologia: she has no money to compensate them. Although Mirelis withdrew around BRL 1 billion in bitcoins the day after her husband, Glaidson Acácio dos Santos, was arrested on August 26 of last year, the Venezuelan’s lawyers assured that the funds had already been used to honor payments to investors. in the following days.

At lunch time: Deputy has car, gun and wallet stolen by three criminals in Rio

Mirelis has been on the run since August 25, with two arrest warrants for money laundering and crimes against the national financial system. Images recorded on video, days before Operation Kryptos, which arrested Glaidson and other members of the gang, show the Venezuelan boarding at Cabo Frio Airport. She would have gone to Miami, in the United States, where she would be until today.

With the backing of the lawyers, Mirelis has been posting videos on social media in an attempt to minimize her participation in the GAS scheme, which has injured at least 120,000 clients — the number of people already registered at the Zveiter Office, which takes care of the company’s judicial recovery. She claims, among other arguments, that she was never a managing partner of companies that operated directly with bitcoins.

“The message is to impersonate Mirelis. There was no mention of her in the records. It was all about Glaidson. But everyone’s roles in the company were different. She was a trader, had the technical expertise, and had a minority stake as Glaidson’s wife, but she never acted in the company’s structure. Glaidson himself signed a formal statement attesting to this,” said Ciro Chagas, a lawyer for the Venezuelan.

The amount withdrawn by Mirelis, already a fugitive, corresponds, according to the lawyer, to the volume of monthly payment at GAS:

— Assets were withdrawn to maintain payment from customers. Mirelis hoped the case would be resolved quickly. Although it seems like a significant amount, the company’s operations were much larger. She claims that she used and has already exhausted the balance. She stopped touching the assets, but she can’t say that there was any balance left.

In one of the videos recorded, Mirelis said that “it’s time to open Pandora’s Box, which makes me very nervous, but it’s never too late to start making a diary of your life, to let off steam”.

Appeal to the STJ

Under the rapporteurship of Minister João Otavio de Noronha, an appeal by Mirelis to revoke the two preventive arrests is to be judged at the Superior Court of Justice (STJ). As Noronha himself opened the way, a dissenting vote, for the revocation of one of Glaidson’s preventive detentions, the Venezuelan’s lawyer hopes that the STJ will follow the same understanding for Mirelis.

The trial, he said, is scheduled for this month. However, even if the appeal is accepted, there are no guarantees that Mirelis will return to Brazil. Ciro Chagas said that the client reports that she has suffered threats against her physical integrity, which is why she fears returning to the country where she helped her husband build a small financial empire.

Mirelis’ statements, reinforced by the lawyers, were received as bravado by Artêmio Picanço, head of one of the offices with the highest volume of clients injured by the companies of the “Pharaó dos Bitcoins”. Based on open sources, the lawyer said that Mirelis started moving the bitcoins withdrawn only on the 13th of September, making two more withdrawals on the 16th of the 17th, when payments had been suspended on the 15th.

‘Why did the money sit still for so many days?’ Why did Mirelis continue to withdraw even after payments were suspended? There is nothing that proves the use of money to pay customers — regrets Picanço.

The lawyer for injured clients also recalled that Mirelis is the one who signs all GAS contracts as a guarantor, which is why he cannot now exempt himself from his civil and criminal responsibilities.

Investigations by the Federal Police, in partnership with the Federal Public Ministry (MPF), revealed that Mirelis transferred around R$2.3 million from her accounts to her sister, Noiralis, in the absence of the Brazilian justice system. The operation was carried out in the first half of December by Binance, a kind of cryptocurrency stock exchange. As Binance records the purchase and sale of cryptocurrencies in open sources, investigators found the transfer of ten bitcoins in favor of Noiralis Zerpa.

Previous “Can crimp”; André Hernan does not hesitate and exposes the possibility of Mateus Vital transferring to São Paulo
Next Zoe Saldana, the Uhura of the new Star Trek movies, pays tribute to Nichelle Nichols