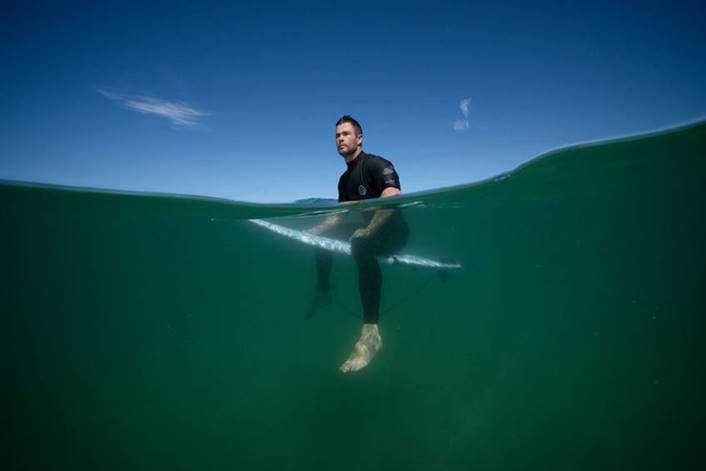 #ESQUENTATHOR | The best productions of Combo+ with Chris Hemsworth

In rhythm with the premiere of “Thor: Love and Thunder”, check out the #ESQUENTATHOR with some productions Disney+ and Star+ that count on the actor Chris Hemsworth who plays Thor in the cast.

The new Marvel Studios movie, “Thor: Love and Thunder,” hits theaters exclusively on July 7. The production, directed by Taika Waititi, presents Thor (Chris Hemsworth) on a journey unlike anything he has ever faced: the quest for self-knowledge. But his retirement is interrupted by a galactic assassin known as Gorr the Butcher of the Gods (Christian Bale), who seeks the extinction of the gods. To combat the threat, Thor enlists the help of King Valkyrie (Tessa Thompson), Korg (Taika Waititi) and ex-girlfriend Jane Foster (Natalie Portman), who, to his surprise, inexplicably wields her magic hammer, Mjolnir, being the Mighty Thor.

Chris Hemsworth plays Thor in the Marvel Studios films, but the Australian actor has made several film productions and is one of the most successful actors in the world. Check out series and movies with him available on Disney+ and Star+:

SNOW WHITE AND THE HUNTER

In the action-adventure epic “Snow White and the Huntsman” (2012), Kristen Stewart plays the only person in the kingdom with skin lighter than the evil queen (Charlize Theron), who seeks to destroy her. But what the terrible ruler could never have imagined is that the young woman who threatens her kingdom has been training in the art of war with a hunter (Chris Hemsworth), who has been sent to kill her. Sam Claflin joins the cast as the prince more than enchanted by the beauty and power of Snow White.

THE HUNTER AND THE ICE QUEEN

Chris Hemsworth and Charlize Theron reprise their roles in the epic action adventure “The Huntsman and the Ice Queen” (2016). Theron stars as the devilish Queen Ravenna, who betrays her good sister Freya (Emily Blunt) with an unforgivable act, ripping love from her heart and revealing a freezing power she never knew she possessed. As the war between the two queens intensifies, Eric the Huntsman (Hemsworth) and warrior Sara (Jessica Chastain) must help Freya defeat her sister, otherwise Ravenna’s cruelty will reign for all eternity.

Chris Hemsworth sets out to discover the science of shark behavior and how humans and sharks can safely coexist. Following an increase in shark attacks off Australia’s east coast, Hemsworth seeks to understand different shark species and their behavior, as well as providing new preventive measures and the latest technology to prevent shark-human confrontations.

WITHOUT LIMITS: WITH CHRIS HEMSWORTH

Chris Hemsworth explores the idea of ​​fighting aging and unlocking the full potential of the human body in National Geographic’s new original series, “No Limits: With Chris Hemsworth,” created by Darren Aronofsky and originating from his production company Protozoa Pictures and Jane Root’s Nutopia.

New scientific research is changing conventional knowledge about the human body and offering fascinating insights into how we can all unlock our body’s superpowers to fight disease, perform better and even reverse the aging process. This science is put to the test by Hemsworth, who, despite being at the height of superhero status, is on a personal mission to learn how to stay young, healthy, strong and resilient.

By passing a series of tests and extraordinary challenges to understand the limits of the human body, he will learn first hand, how he can live better and longer, discovering ways to regenerate damage, maximize strength, develop resilience, overload memory and face the mortality.