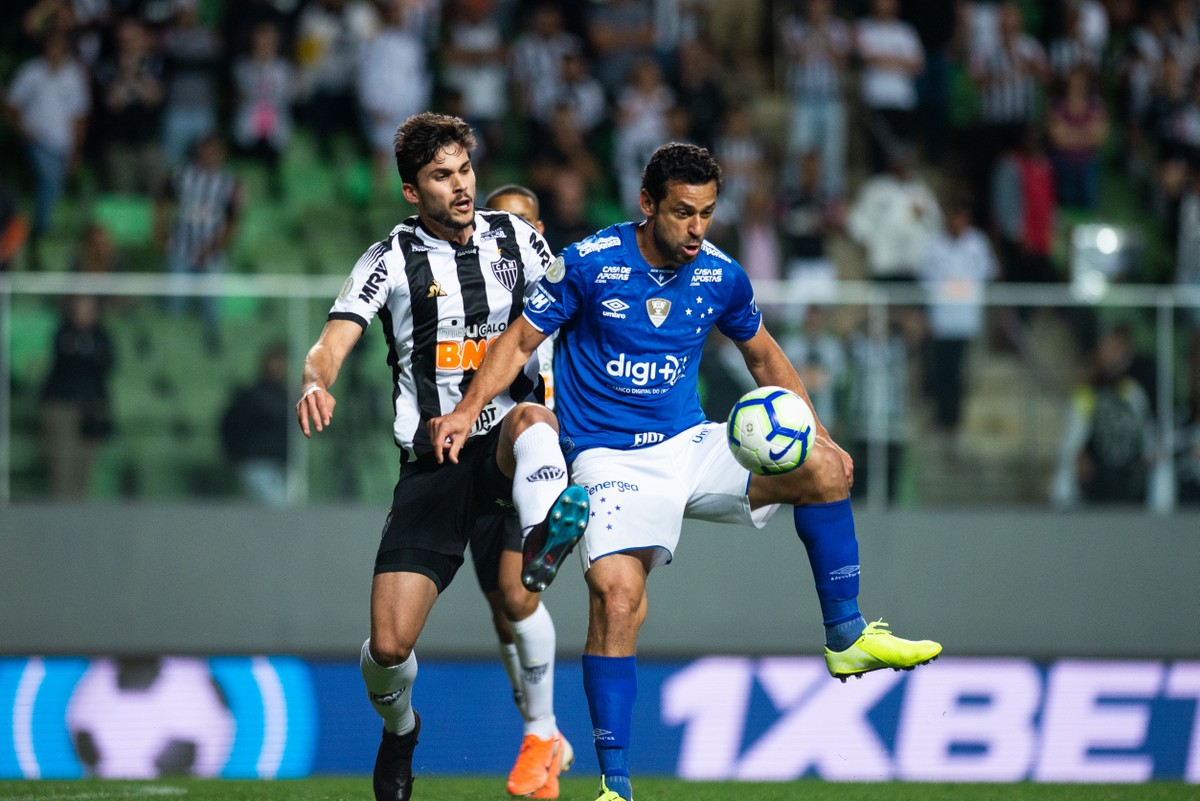 Fred remembers leaving Atlético-MG for Cruzeiro and advises against switching between rivals: “You don’t live” | football

Fred hung up his boots as a Fluminense idol. But Atlético-MG and Cruzeiro are also marked in the history of the striker, who switched from alvinegro to the celestial one, in 2018, and generated controversy. The transfer even still yields in court. The general context makes Fred advise players against leaving a team directly to the rival.

The striker mentions that there is a lot of wear and tear with any mistake. Fred remembers that he also suffered from it wearing the shirt of Atlético-MG, leaving Fluminense, in 2015. The teams starred in the Brasileirão dispute three years earlier, with the Cariocas champions, and Galo runner-up. The statement went to the Podpah Podcast.

– When I went to Galo, I had a rivalry with Fluminense. I scored a hell of a lot, but I missed a penalty and they wanted to kill me. I went to Cruzeiro, scored, but if I lost it was my fault.

“A weariness that if I can tell other athletes: avoid. Here (in São Paulo) there are four big ones, in Minas there are three, with greater rivalry between Cruzeiro and Atlético. Where there are fewer teams, it’s worse. You don’t live.”

The departure of Atlético-MG, at the end of 2017, happened mainly due to the financial aspect. Fred recalls that Sérgio Sette Câmara, who assumed the presidency of the club at that time, communicated that he would not stay with the striker due to the financial aspect. There was a negotiation with Flamengo, but Fred said he didn’t want to go because of his identification with Fluminense. After the termination, he settled with Cruzeiro.

– The president of Galo called my manager and said: “We don’t want Fred anymore, because it’s heavy (the salary)”. It took me, Robinho, Elias. The president of Galo had a negotiation with Flamengo, but I said I didn’t want to go because of Fluminense. My manager even joked: “You (president) end the marriage and still want to choose the woman the guy will marry?” He sent away and wanted to choose the team.

“We rescinded the contract, after a few days Cruzeiro came. I went to Cruzeiro, but I blew out my knee. It was punk (the change), but I had to go. As I was going to Flamengo, because of my history at Fluminense ?”

At the time of termination, Atlético-MG included a clause that forced Fred to pay R$10 million to the club in the event of an agreement with Cruzeiro. In the contract signed by the striker with Raposa, the celestial club, under the management of Wagner Pires de Sá and Itair Machado, committed to be jointly responsible for the debt, in case of collection by the Rooster. Fred recalls the situation he is still dealing with in court. The updated value of the debt, according to the alvinegro club, already exceeds R$ 30 million.

– There was a fine of R$ 10 million. Then, Cruzeiro had a partner that Atlético owed the R$10 million, and said: “Let’s settle the debt”. And Atlético: “No, I want the money”. Greater madness. When I left Galo to go to Cruzeiro, it was crazy, full pressure.

As fate would have it, just over a year after the change between the clubs, Cruzeiro faced Atlético-MG in the Mineiro final. The return game was at Independência, with 90% of Galo fans. There was a decisive penalty for the Fox, and Fred was the batter. He converted and gave the championship to the celestial team. But remember that it was not a simple moment.

– My whole family from BH, when I went, I got hurt, we played for Mineiro, in the last game against Atlético, at Independência. Penalty, 43 minutes. Who would knock? I. Who was the goalkeeper? Victor, penalty taker and who played with me in the Seleção and Galo. I said, “Brother, what am I going to do with my life now?”

“The guy was two and a half meters tall. He still nailed the ball, but I scored the title goal. If I lose, I won’t enter BH anymore.”

The rest of that year was difficult for Fred and Cruzeiro. The team was relegated to Série B of the Brazilian, and the Cruzeiro fans consider the striker as one of the villains for the fall. The former striker said that both at Galo and at Raposa, he ended up being put aside to provoke an exit without the clubs bearing the financial obligations.

– It happened at Atlético, then it happened at Cruzeiro, because the guys wanted to take me out too. They didn’t want to fulfill the contract. The team fell, went into financial crisis. Everyone left: me, Thiago Neves, Dedé, Edilson, Robinho, Léo, Henrique… it was the whole team. I returned to Fluminense and we are waiting for a solution. There are high “stops” in Justice.

Previous Colin Farrell Updates On The Penguin Series And Wants To Be In Batman 2
Next National productions Tô Ryca! 2 and O Silêncio da Chuva are among the news of the week on Telecine