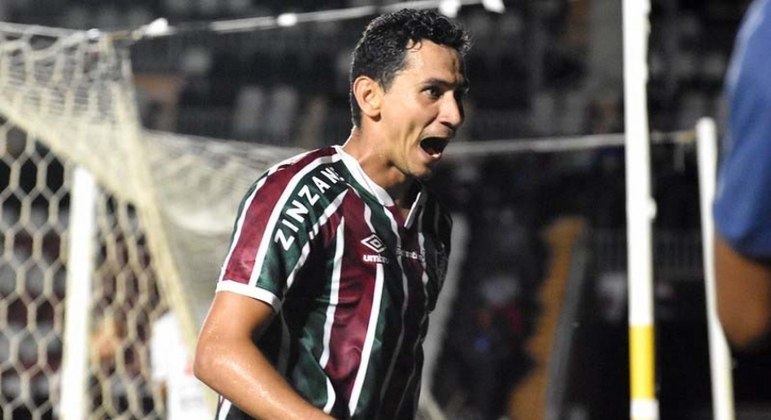 Goose humiliates Santos fans. Revenge for being called a ‘mercenary’. In the frenetic 2-2 with Fluminense – Prisma

The image was emblematic.

Paulo Henrique Ganso with his hands closed, as if he had two batons, the small sticks with which conductors conduct orchestras.

But the Fluminense midfielder faced the Santos fans behind João Paulo’s goal. The same one who called him a mercenary, cursed and booed him as soon as he caught the ball.

The ‘regency’ of the boos happened in the 25th minute, when the player, who was once an idol from Santos, the size of Neymar, had just taken a penalty with a cavadinha, humiliating the great goalkeeper João Paulo.

He tied the game, in Vila Belmiro.

It was the most striking situation in the frenetic 2-2 between Santos and Fluminense. A result that was not good for either team. But it was fair, full of twists in the match. And that punished the team from Rio that, after turning the game around, ended up retreating too much and deserved to lose the three points.

Fluminense fights to secure a spot in Libertadores.

And Santos wants to guarantee itself, without scare, in Serie A.

Avenged, Paulo Henrique Ganso, even made a point of changing his shirt with the young striker Angelo. And he left the Vila Belmiro lawn, wearing the Santos shirt.

He even gave an interview saying that, who knows, one day he could defend the two-time world champion again.

“It’s not provocation, it’s thanking you. I was very happy here. I marked history and won titles. I appreciate affection, despite the people cursing, normal. I know they have affection for me and I for the club. come back and find yourself again”, he said, laughing ironically. Ganso, at 32, knows very well that he humiliated the fans who cursed him.

Since his departure to São Paulo, still in 2016, it has been the same way when he returned to the Santos stadium.

So much so that wearing Angelo’s shirt didn’t provoke the sympathy he’d imagined.

But he received no applause or sighs of longing.

On the contrary. As he walked to the Fluminense locker room, he was cursed a lot, while fans showed money bills, insisting on the word that provoked his ire.

Both Santos and Fluminense needed to win. Lisca Doido’s team was just six points away from the relegation zone. While Fernando Diniz’s team wanted the three points, which would leave the club isolated in third and just one point away from the vice-leader Corinthians. And five from the first place Palmeiras.

But the two teams proved to be irregular, spaced, with a lot of will, but tactically disappointing.

Fluminense showed how much it is psychologically held hostage by Fernando Diniz. Suspended, the players felt too much the absence of the coach on the bench. The assistant Eduardo Barros, as much as he shouted, could not push the team towards compaction, towards the dispute of divided balls, as the coach does so well.

In addition, the team was visibly tired, worn out by travel and by the way of working of Diniz, who insists on the same team. The calendar demands it, but it goes directly against the rotation of athletes.

Unlike Santos. With the weak squad prematurely eliminated from the Copa Sudamericana and Copa do Brasil, the coach has plenty of time to prepare his team for the matches of the Brazilian. He knows that there is no hope on the part of the board that Santos will fight for the title. And not follow Libertadores.

The important thing is not to be scared of relegation. Qualifying for the Copa Sudamericana would already be a gift. The club owes more than R$ 400 million and has serious difficulties in dealing with the situation.

Although it owes around R$700 million, the Rio de Janeiro club has shown that it knows how to deal much better with creditors. To the point of being able to assemble a squad with good potential for Fernando Diniz.

Fluminense’s football was disappointing in the first third of the game. The team from Rio de Janeiro entered apathetic, accepting the predictable pressure from Santos. Competitiveness was lacking.

The team ended up cornered. And he was duly punished. He conceded the first goal in a primary way. from the corner. The ball was deflected on the first post and Luiz Felipe, with his back to the carioca goal, improvises. And brand, back of neck. Santos 1 to 0.

The expectation was that Lisca Doido’s team would keep pressing. But that’s not what happened. The team pulled back the lines, dreaming of counterblows. It was enough for Fluminense to ‘breathe’ and manage to hit the post, in a low shot by Ganso, who went through the barrier.

Goose, inspired, served Nonato, who took a powerful kick and forced João Paulo to make an excellent save.

In the second half, Fluminense took out a defender and put in a midfielder. Luccas Claro came out for Martinelli’s entry. And the carioca team was much more offensive and winning the duel in the midfielders.

The upset started with a childish penalty, which was inappropriate for Sandry. The Santos player went for the marking of Matheus Martins, with his back to the Santos goal. But he took a hit from behind. penalty

In the 25th minute, Ganso took revenge on the Santos fans.

Cano played thrown ball with Maicon. It ended up being left to Arias to kick and catch João Paulo on the counterfoot. 2 to 1, Fluminense.

Lisca Doido had a great collaboration. The premature and absolute retreat of the Cariocas. Fluminense submitted to suffocation, by abandoning the offensive posture.

The tie came with an unexpected throw from Fernandez to Ângelo, who discovered Marcos Leonardo free, at speed. The tie came in the 40th minute of the second half.

In the end, both teams were tired and created little.

And bad for both clubs.

With such different goals in the Brazilian…

Previous 5 news from Tricolor Gaucho that rocked today
Next I managed to discover the new Grêmio team watching the training!