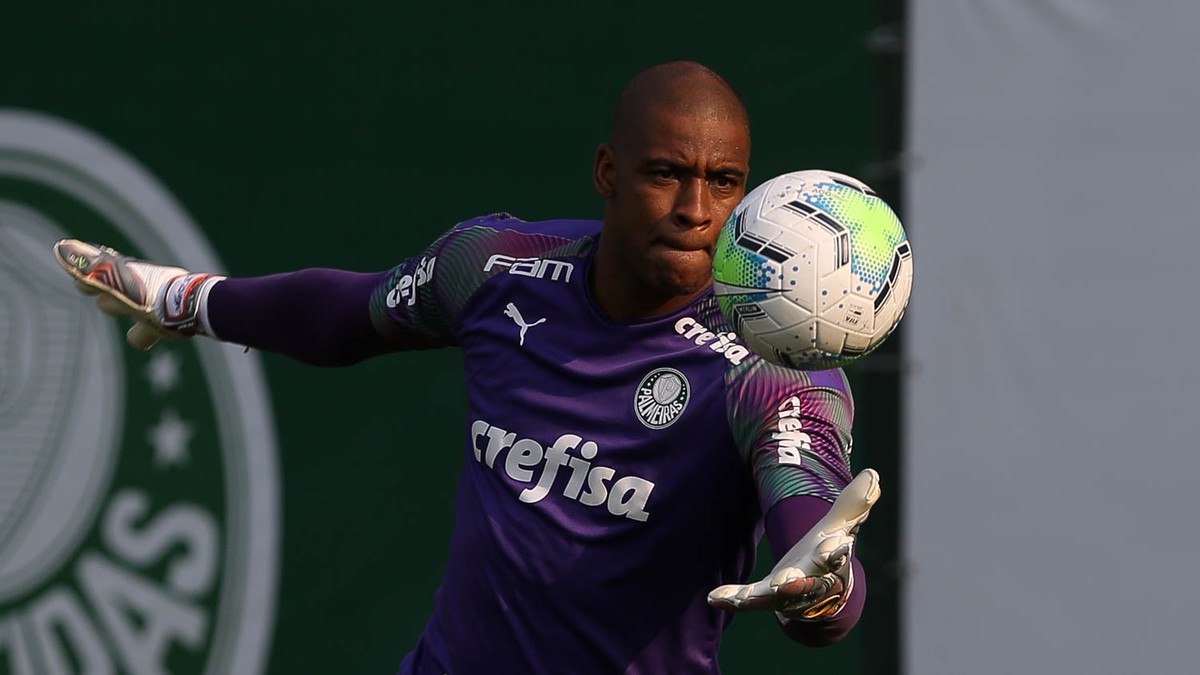 Champion of the 2020 and 2021 Libertadores, Jailson saw the history of Palmeiras being written in the South American competition up close. So much so that he revealed a premonition of Abel Ferreira in last year’s duel against Atlético-MG.

In an interview with the podcast “ge Palmeiras” (listen in full above), the goalkeeper talked about how the coach planned the draw with Gabriel Veron on the left side. The reserve came off the bench and assisted Dudu to score the 1-1 equalizer.

Palmeiras and Atlético-MG will meet again in this year’s Libertadores. This Wednesday, at 9:30 pm, the clash at Mineirão opens the dispute for a spot in the semifinals. The return will be at Allianz Parque, on the 10th.

Without a club since leaving América-MG, Jailson stated that he intends to act until the end of next year.

This season, he revealed that he was wanted by São Paulo, but he had already exceeded the limit of matches played in the Brasileirão.

– I received the invitation, I had played 11 matches in the Brazilian for América-MG and my manager spoke to me: “São Paulo looked for you, but as you had played the 11 games, you couldn’t go”. I’m happy, because it’s a big team and has history all over the world, and I received the invitation. I’m a professional, we were going to sit down to see if we were going to go there, but I’m happy that at 41 a big team showed up interested in my work. If I was going or not, I was going to speak at the time – revealed Jailson.

The departure of América-MG also motivated the goalkeeper to make an outburst against a person identified by him as a “traíra” and who “was cheering against”.

– My departure from América-MG was not without thinking, I warned him once, twice and the third time I said that if I continued what was happening, I would take my things and leave. There was a guy there who was very jealous, a victorious guy arrived and he was pouting, he was a push and pull of the press that nowadays, weighing 130 kilos, doesn’t take care of himself. I take care of myself and thank God, along with my teammates, we took América-MG to Libertadores. And the guy was against it. Everywhere I went, I always respected and was respected, and the guy I went through got in trouble. As an old man, I didn’t have to go through that, I packed my things and left.

– I won’t give names because this guy didn’t win anything in football, he has no history. It’s no use even saying the name, you know who it is. Everywhere I went, it was a back-and-forth, I arrived at América and they told me that I took things to the board, I was bad with the group and never won anything. Life gave him one more chance, to be alive and enjoy his family, but the guy takes it to the bad side – said Jailson.

Jailson played for Palmeiras from 2014 to 2021 and played a decisive role in the 2016 Brasileirão title campaign.

In this campaign, he even revealed about Cuca’s superstition for his first game in the tournament, against Vitória, at Allianz Parque.

– One thing that impressed me was my CBF card. At the time of the game, Léo (Supervisor of Palmeiras) asked me about her. And Cuca had taken my card and put it in the trunk of his car. I asked Cuca what he had done with my card, and he said: “I did something that in the end you’ll thank me”. I kept that in my head, later I learned that he put the card next to the image of Nossa Senhora Aparecida in the trunk for us to be champions. And that’s what happened, 19 games and undefeated champion – revealed the goalkeeper.

Jailson also commented on the prank call by Palmeiras players on striker Róger Guedes, currently at Corinthians. In 2017, the player was the subject of a joke among all the players in the squad, under the justification that it would be because he had lost a bet. However, it would be a punishment from the squad leaders for the striker’s bad behavior.

– I have a small son, I know how it is. He thinks things the way he has to, but never the way we think. Róger Guedes played well at Palmeiras, Atlético-MG and then left for China. He was a guy who thought he should do things his way, but it’s not like that, he has command. And he has to respect, has to play and respect. And he thought he had to play, he’s an excellent player, so we played pranks on him because he didn’t want to concentrate. He was related, saw that he wasn’t going to play and didn’t want to concentrate. And our group was amazing, everyone got along with everyone else, so we did that prank call with him. I don’t know if it was too much appeal, but we pranced with him, tied him up and sang happy birthday. I hope that after that there he learned. Then I met him at the game against Corinthians, I even thought he wasn’t going to talk to me, but he’s a guy who forgot what happened, and we talked. I said that I hope he learned… he learned how to be a man and a father of a family, to respect others – said Jailson.